This is one of a series of “travelogues”, or year-in-review posts, covering music I especially enjoyed this year.  This entry covers five outstanding EPs in the post rock category. Just short of full album length, these records still delivered some noteworthy music from artists that are making their mark on the genre. Note that the albums are not in any kind of ranked order, but are simply listed alphabetically by artist.

As Seas Exhale – But Can You Save Yourself? (Reprise) 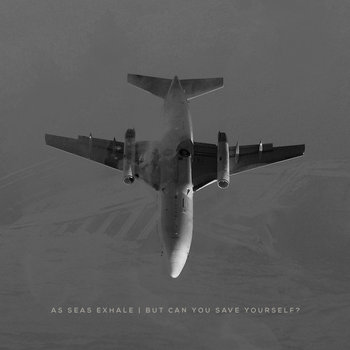 As Seas Exhale is the solo music project of Stephen Craft based in Orlando, Florida. In November he released a lovely ambient styled album called ‘Recovery’ soon to be followed by this EP, which is a reprise of one of the tracks from that record developed into a twenty minute oeuvre in four movements. Craft explains he did this because he felt the song “had a lot of potential energy that was restrained for the sake of the EP’s focus on relaxation and ambient atmosphere”.  His instincts prove to be spot on as the tracks flow with glacial beauty until seamlessly erupting into volcanic crescendos at the end of movements II and III. It all makes for a tidy artistic package and a satisfying musical journey.

Glorie is a five piece band based in Memphis, Tennessee that produces a particularly elegant brand of instrumental music befitting the diverse and accomplished backgrounds of the members of the group.  Post rock would really be too narrow a description for the music which relegates guitars in the background and relies on piano, strings, and vibes to create an organic and cinematic atmosphere that has just a touch of the avant garde, but remains absorbing and accessible. This EP packs enough ideas, artistry, and sophistication to make many long players justifiably jealous.

Seas of Years formed in the summer of 2012 in Stockholm, Sweden and released this four track EP in April. They take a fairly conventional approach to post rock with two guitars, bass, and drums but have produced a debut record of unconventional power and beauty. The guitar work is excellent – clean, bold, and refined – and runs the gamut from mammoth power chords (‘Surface’) to shimmering atmospherics (‘Lighthouse’). Hopefully we will hear more from these guys and soon.

A Sudden Burst of Colour – Reborn

A Sudden Burst of Colour is a four piece band with an especially invigorating sound that hooked me as soon as I heard the surf guitar tones of ‘Zen’ ring out in my headphones.  The three tracks on this EP deliver big atmosphere, effervescent energy, and uplifting melodicism that seems especially well suited to live performance.  A great start from these guys hailing from Motherwell, Scotland.

Liverpool-based Wired to Follow describe themselves as a soundscape-rock band which, based on several excellent EPs released this year, I would agree fits them perfectly.  The style is a potent mix of ambient elements, electronics, and driving instrumental rock. The latest release, ’90Y’, is a great addition to their growing body of work and a fine introduction to the band.  In the short space of  20 minutes they deliver a mini-epic in three parts (’90Y’), haunting liquid electronica (‘As the Earth Spins’), hazy dystopian atmosphere (‘Painting Roses Red’), and warm acoustics (‘i will always be 0’).  Seemingly brimming with ideas and the ability to pull them off, this EP promises many more interesting things to come from Wired to Follow.