This is one of a series of “travelogues”, or year-in-review posts, covering music I especially enjoyed this year.  This entry covers the first ten of twenty outstanding releases in the categories of modern classical and acoustic. Note that the albums are not in any kind of ranked order, but are simply listed alphabetically by artist.

A stunning split album containing four tracks each from Aaron Martin and Christoph Berg (aka Field Rotation) curated by Bartosz Dziadosz (Pleq). It is serendipitous that this one leads off the list, because it was one of my favorites of the year across all genres.  Every track is sublime and the work of these two artists compliment each other perfectly as the music takes the listener on a journey through the arc and rhythms of a day.  As beautifully described on the album page:  “The first part, created by Aaron Martin, is a water-colour, cool and delicate. The twinkling sun reflected itself in a slow river, transparent silvery clouds sparkle and brush the heads of drowsy trees. The closer to the middle of the album, the lower goes the gentle shadow, saturating. In the second part – Christoph Berg’s one, water-colour turns into gouache. The sound becomes more full, more sensuous, it comes in waves, like breath of a sleeping man.”. 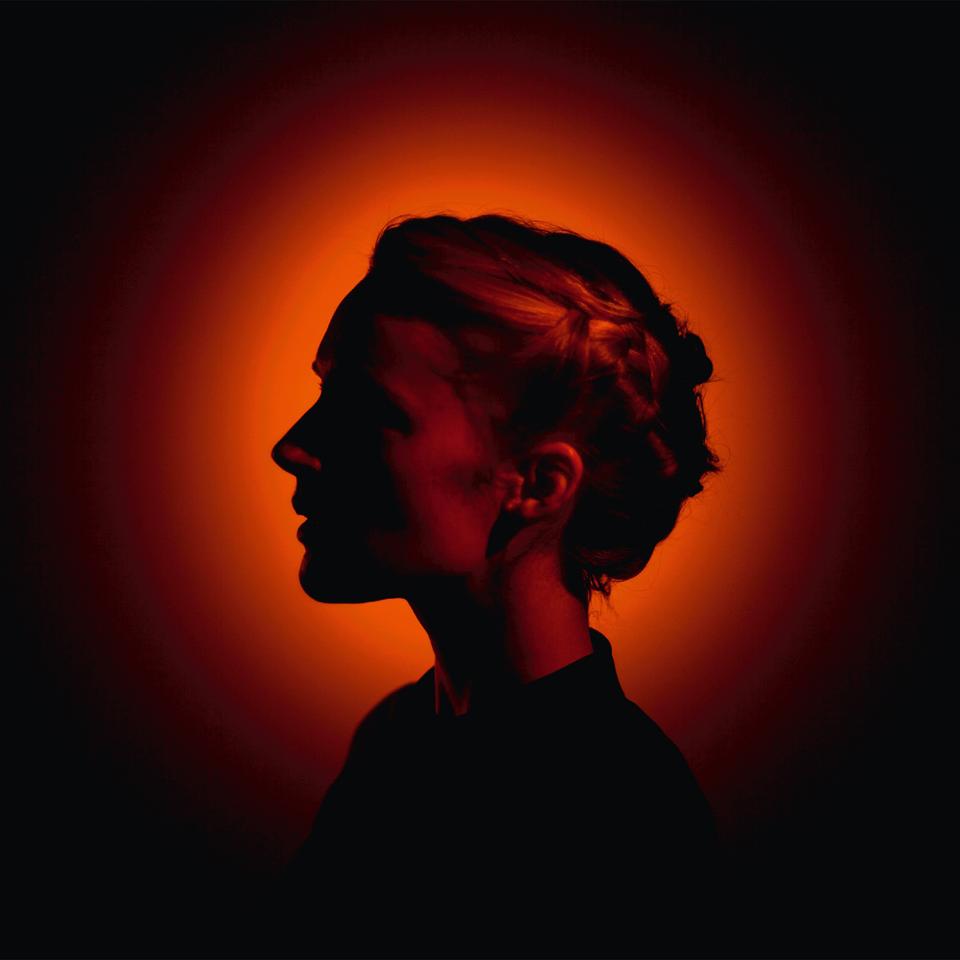 Aventine is the second album from Danish singer and composer Agnes Obel and what a beauty it is. She does justice to her professed admiration of French composer Erik Satie in this captivating collection of songs exquisitely rendered with piano, guitar, cello, violin, and impeccable vocals.  A delight from the first note to the last, this album just never puts a foot wrong. Especially ideal for evening listening. 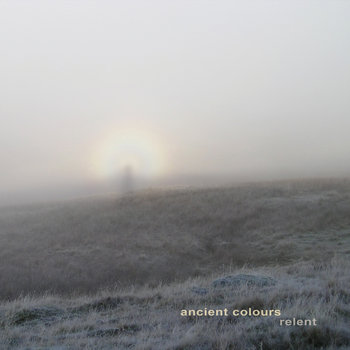 Ancient Colours is the solo project of guitarist and songwriter Simon Allum and the debut album ‘Relent’ is a warm and lovely record of guitar-based meditations.  The influence of guitarists like Jansch and Fahey is evident on songs such as ‘The Night Hangs Like A Jewel’, ‘A Message To This World From That Which Is To Come’, ‘I Know You Are Never Coming Home’.  Each one is hand-crafted with a sonic patina like burnished wood. And ‘Pose of a Saint’ reminds me of the very best of July Skies – soaked in dreamy reverb and melancholy, it paints a picture in sound of dappled sunlight, golden fields, and autumn afternoons.

Favorite tracks: A Message To This World From That Which Is To Come, Pose of a Saint

Musician and visual artist John Lambert has created a gem of a record under the moniker of Chequerboard.  Clear and melodic acoustic guitar lines lead the way and are supported by a variety of subtle treatments from strings, percussion, and electronics. The sound is both soothing and sunlit on lovely tunes such as ‘Dunes’, ‘Opening The Gates’, and ‘Today is Beautiful, We Have Things to Do’ before ending with the evening reverie ‘A Field of Night’.

The latest album from Maria Papadomanolaki, as dalot, is essentially a modern compositional EP complimented by three diverse remixes of the title track. The story behind the album is essential to a proper appreciation of it: “In December 2012, I spent two weeks going through and sorting out the photographs, notebooks and paper clippings found scattered in the drawers of my grandfather’s desk that was left untouched since 1996. ‘Ancestors’ is a reconstruction of fragments, not concerned with the accuracy of images and moments but with opening up the flood of memory mechanics to imagination and transformation…What may sound as a nostalgic look into childhood, in ‘Ancestors’ takes the role of a playful escape from the actualities of ‘now'”.   In the hands of dalot and her collaborators on guitar, cello, & vocals, the title track is delicate and beautiful. Then Dryft, Northcape, and Bvdub each re-imagine it, expanding the scope of the record deeply into ambient and downtempo territory. All in all, a spellbinding and lovely package.

I bought the first three Innocence Mission albums upon their release between 1989 and 1995 and then inexplicably lost track of them while they proceeded to create their finest albums. Part of the joy of rediscovering them was learning that guitarist Don Peris has also created some lovely solo works of which ‘The Old Century’ is the most recent.  It is an elegant homage to the guitar on several levels as Peris explains, “I studied classical guitar in college and have spent the subsequent years enamored with the poetic voice of this humble instrument. I also love the atmospheric tone that can be created by the electric guitar. I use a 1954 Gretsch Electromatic hollow-body, a Gretsch 6120, a numerous assortment of 60’s Guild nylon-stringed guitars, my 70’s Guild D44 steel string, a noisy Princeton Reverb amp and a recycled 3/4 size student cello.”  Through the album’s 15 tracks, he sketches in both classical and folk idioms to weave a spellbinding web of nostalgia in the warm sepia tones of his instruments.

With Dalmak, the quartet Esmerine deliver their first album since 2011 and what an aural feast it is.  Here again, some background on the album’s genesis is important to getting the most from it. “Dalmak is a Turkish verb with many connotations: to contemplate, to be absorbed in, to dive into, to bathe in, to rush into, to plummet. As a title for Esmerine’s new album, “dalmak” refers in a literal sense to immersion in the culture and music of Istanbul but also appropriately evokes the range of music that emerged from this immersion: a collection of songs that shift between meditative pulsing and enveloping restraint to headlong flights into rhythm and groove.”  Lost River Blues, Barn Board Fire, and Translator’s Clos form the up-tempo core of the album and the dynamic collaboration with a variety of guest players which are then ensconced between by more subdued pieces such as Learning to Crawl and White Pine.  Superb.

The latest full length album from pianist and composer Fabrizio Paterlini is nothing less than a tonic for the ears.  It contains generous portions of his elegant and moving solo piano craft, and here he expands his palette by collaborating with fellow artist London-DC who he says he sought out to add a “creative, but not invasive, layer of electronics sound to my piano lines.”  The result is his finest album to date and one that belongs in the library of anyone who enjoys modern piano based music. 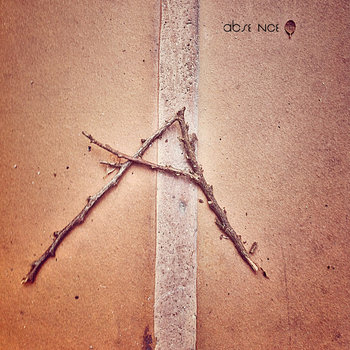 Absence is a unique collaboration between post rock duo Gargle and Spanish contemporary classical composer, Bosques di mi Mente. String players from Tokyo College of Music were brought in to augment the guitar, accordion, and piano at the core, and it is all blended with exuberant passion to create a wide-eyed and beautiful album in boldly romantic and cinematic style.

With Oblivion Hymns, Andrew Thompson and Marc Byrd sought from the beginning to make a different sort of Hammock record.  The familiar ambient guitar stylings that dominate their previous albums are certainly present, but they are deliberately employed as more of a backdrop behind orchestral and choral elements that carry the deeply emotional themes of loss and grief they sought to explore.  As such I thought it deserved recognition alongside other modern classical albums.  For more background and insight on the making of Oblivion Hymns, check out an excellent interview with Headphone Commute at http://reviews.headphonecommute.com/2013/10/24/interview-with-hammock-2/.

Favorite tracks: Then The Quiet Explosion, Turning Into Tiny Particles…