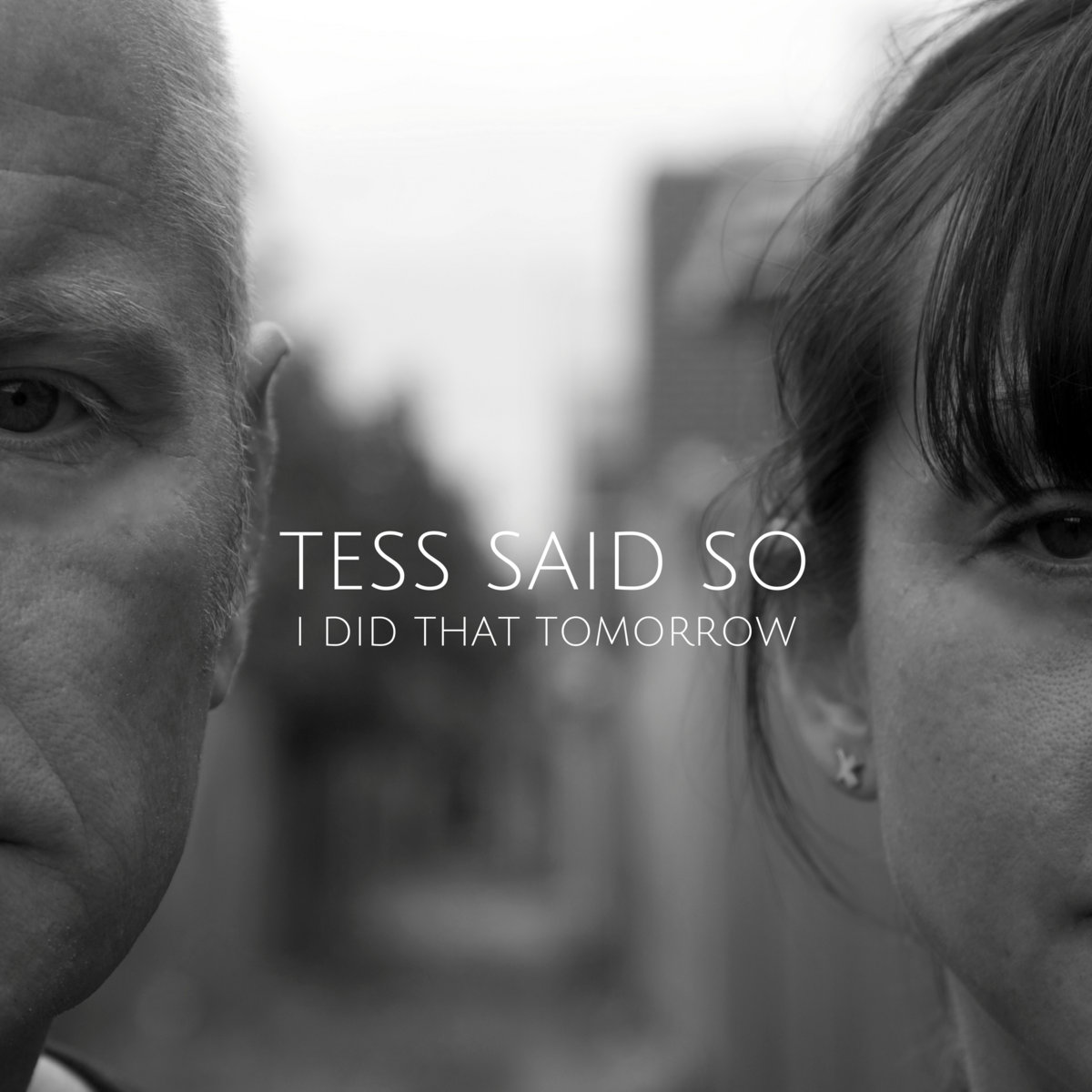 I Did That Tomorrow by Tess Said So

Tess Said So refer to themselves simply as “an indie classical band…one piano player, one percussionist”.  Not unlike their music, the description is concise, accurate, and lacking pretentiousness. But perhaps it does not convey the level of sophistication and inventiveness that is revealed in their debut album I Did That Tomorrow (released on Preserved Sound).

The piano player is Rasa Daukus, who is also currently the Director of Music at the University of Canberra in Australia. She is “inspired by the physicality of pulse and rhythm, the possibilities of pattern and repetition, and the emotive impact of sound” and cites influences as rich and varied as 20th century French harmony, Steve Reich, David Bowie, and Miles Davis.  The percussionist (much more than just a drummer I assure you) is Will Larsen, an ARIA award winning musician and guest artist with the Melbourne Symphony Orchestra, Opera Australia, Orchestra Victoria, The Australian Ballet, and a composer of several film scores not to mention performing with The Bolshoi Ballet, The New York Ballet, and Andrea Bocelli among others.

A strong musical CV is one thing, but the ability to conceive and implement fresh ideas that engage and surprise the listener is quite another and that is where this creative partnership really shines. Daukus and Larsen have chosen roads less frequently traveled in the burgeoning indie classical field to produce an album that fells both invigorating and inspired. The format of one pianist and one percussionist which might sound limiting to the uninitiated frees these two very competent artists to invent and explore and take the listener on an exhilarating journey.

“I Did That Tomorrow is a collection of pieces about initiation and reaction, travel and stillness, simplicity and mutation. The sound world of piano, percussion and electronics, engineered at Will Larsen’s Recliner Studios in Melbourne, shifts through organic, improvisatory, imperfect patterns, playing with the idea of movement in light, space, and liquid, usually resolving – though not necessarily tonally – for a sense of agreement.”  (from the Preserved Sound promo page).

One need go no further than ‘Dew Point’ which opens the album to catch on.  From calm beginnings, Daukus builds up a head of steam with driving piano runs while Larsen seems always fill the space with just what is needed from chimes and delicate cymbal accents to thunderous rolls on the toms.  On ‘Sometimes Never’, Larsen shows he is equally at home playing a wide range of orchestral percussion instruments to accompany Daukus’ bold dynamics and one begins to realize the exciting possibilities of seeing this duo perform live.  The album continues to move seamlessly move between classical, jazz, and pop motifs. There are moments of delicate beauty (‘Trace’, ‘Seven Suns’, Within It Along’), powerful resonance (‘Directly Not Now’, ‘Paper Tatoo’, ‘Intervention’),  playfulness (‘The Snap Beans Aren’t Salty’, ‘I Did That Tomorrow’), and even a bit of the avant garde (‘Planted This To Imagine’).

I Did That Tomorrow does not require any smoke or mirrors to create it’s magic. It succeeds on the strength of the compositions and the bold and skillful playing of the musicians.  At no point did it ever seem that “something more” was needed.  These two can sound like a whole orchestra when they need to.  What we have here is one of the most delightful debut albums of the year and hopefully the promise of much more to come.

The album is available from Preserved Sound in a variety of digital formats or in a handmade CD package limited to 150 copies.

‘Dew Point’ by Tess Said So