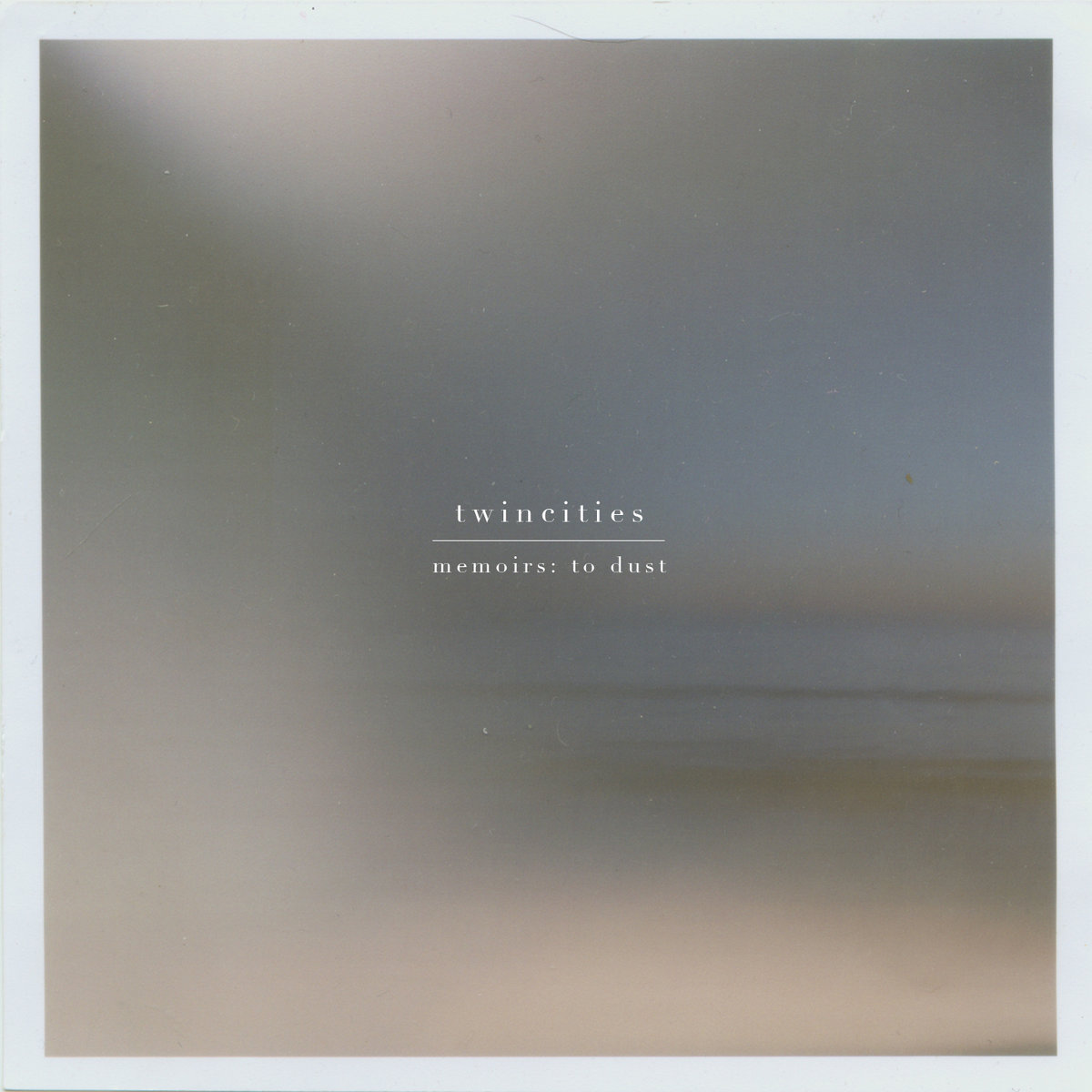 Recording again under the name twincities, Fletcher McDermott sums up his latest album, memoirs: to dust,in four words – “the sound of decay”.  On the record, shortly to be released by Unknown Tone Records,  he presents a sublime, occasionally gritty sonic exploration of this concept; sublime in the way it evokes the wistful allure of decay as a form of beauty in itself and gritty in the way it acknowledges decay as an agent of disintegration and decomposition, a silent and immutable force.

As with Variations on the Celesta and September Tapes, the M.O. of building a twincities record loosely around a common theme works exceptionally well for McDermott. None are rigorously constructed as concept records, but each has a compelling artistic focal point that cohesively holds it together, yet allows the listener to supply the narrative coaxed along by the evocative sounds and eloquent song titles.

The trilogy of songs that opens memoirs: to dust give the album a mild beginning in both name and mood (‘gentle memories’, ‘gentle [memoir]’, and ‘gentle melody’). What is nostalgia, but expreiences decayed into their essence and ensconced in our minds and hearts? These are the sounds of memories eroded by time and shrouded in a hazy aura that gives them their uniquely melancholic beauty. The incorporation of viola and cello into the mix is an impeccable choice and a welcome addition to the twincities palette.

The aforementioned grittiness asserts itself on ‘a stuck bird’ with a distorted, desolate sound that is as forlorn as the title suggests. The pall then lifts with the more contemplative ‘january 14th’, setting up the most lush and transcendent piece of all, ‘a flown bird’. The album notes credit a lap steel in this track which, though rendered nearly unrecognizable as an instrument, clearly gives the song a yearning and expansive sound gracing it with undeniable beauty.

Then, perhaps by design, the album itself decays into more a diffuse and even unsettling state. The textures become grainier and the sounds more dissonant. Electric bass lends gravitas to the end of ‘miniature places and luminous lines’ while ‘kadaver dogs’ becomes something of a soundtrack to the slow unyielding forces of decomposition and rot. Detuned piano and strings then reprise some of the charm from the early stages of the album in ‘unspoken’ before it fades out with staccato bursts of static.  The cycle of decay is complete and haunts the silence that ends the album.

memoirs: to dust was mastered by Taylor Deupree, an ideal choice as a prolific creator and supporter of such meticulous soundcraft and compelling minimalism as is on display here.  The album will be available on Feb 27 in a variety of digital formats and run  of 100 Limited Edition Compact Discs with double gatefold letterpressed jackets and holga photography by Caleb Reed.