This week’s travelogue focuses on five outstanding EPs released this year: An emotive ambient film score by Kevin Verwijmeren, a pastoral nostalgic dream by Pines (Zachary Corsa), a modern classical gem by Levi Patel,  a lush sonic confection by 36, and an exhilarating  instrumental rock set by A Sudden Burst of Colour.

Kevin Verwijmeren | The Wolf and the Wanderer 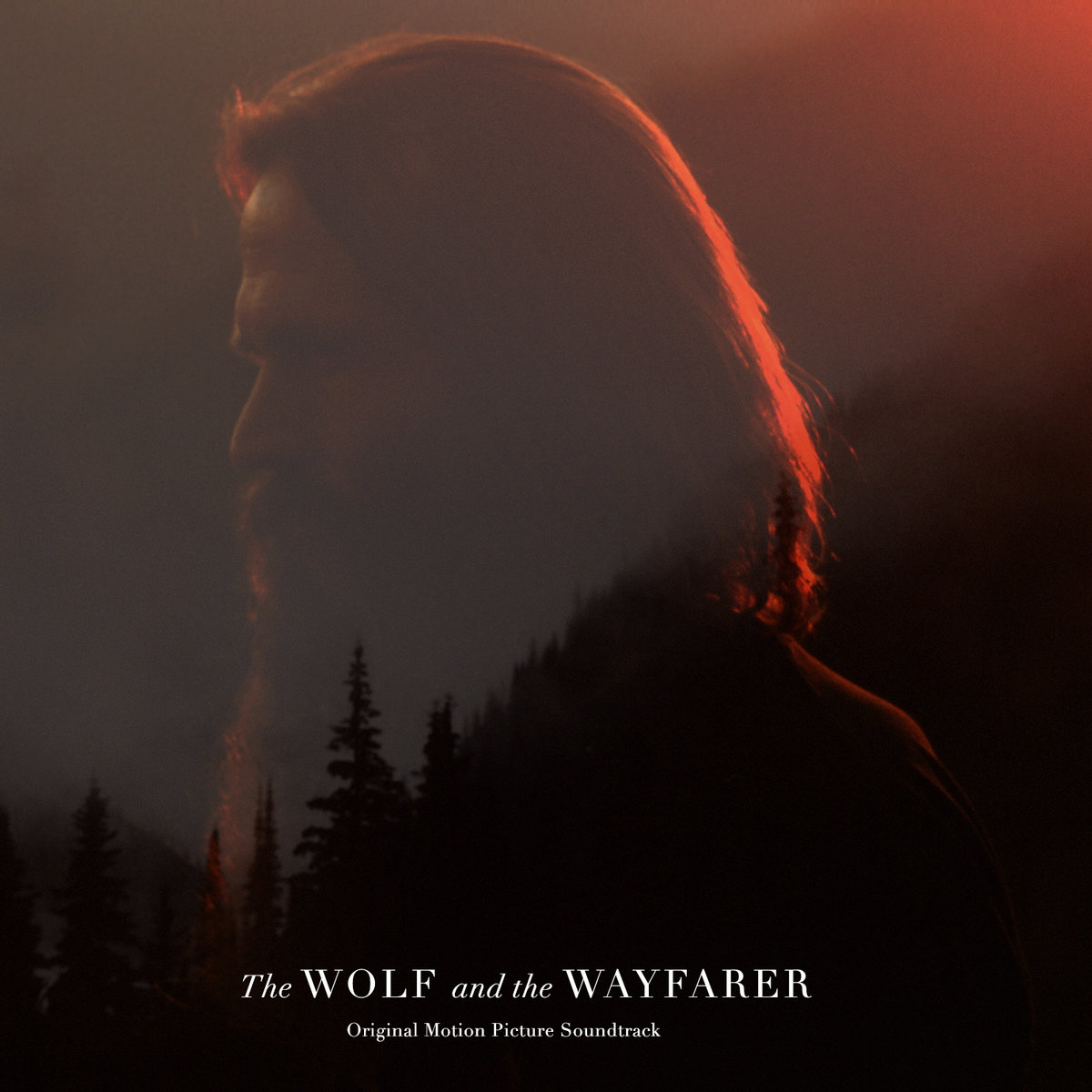 Kevin Verwijmeren is a 22 years old physics student and electronic musician currently based in Delft, The Netherlands who has only been focusing seriously on developing his sound over the past two years. It is remarkable for such a young artist so early in his career to already have forged a distinctive sound and one that is so saturated with wistful, world-weary emotion.  His debut full length record, It’s the Colour of a Cloud Covered Sky, an abstract meditation on long, lonely commutes,  was one of my favorite drone records of last year.

His newest record is an EP that contains music developed from original score music he wrote for the short film “The Wolf and the Wanderer“.  The film, written and directed by Maazin Kamal, is the story of a  wandering pilgrim encounters a disheveled stranger while searching for a fabled monastery after apparently having slayed his own brother.

While I have not seen the film, Verwijmeren’s deeply emotive drones strike me as a fine choice for the subject and they also stand on their own very capably as a beautiful and moving listening experience with no other context.  The song titles no doubt shadow the story of the film, but likewise resonate with broader themes – ‘Beyond the Trees’, ‘My Brother’s Keeper’, Darkness Visible’, and ‘Redemption’.  The stillness and longing in each of these tracks is undeniable as is the allure of the music.

The Wolf and the Wanderer is available as a digital download and links are available on the Bandcamp page to learn more about the film.

The Field Journal is a little gem of an EP from Pines, a solo project of North Carolina based musician Zachary Corsa who also records with his wife Denny as Lost Trail.  Fittingly, the recording is offered in the artistically unique bespoke packaging of boutique label Time Released Sound who describes it this way:

“This EP length, mini disc release is a soundtrack of sorts to a drive through a deserted countryside of dead fields, frosty windows, empty hallways, old polaroids, bare tree branches and barns. Pastoral and melodic… sometimes bleak… always nostalgic…this lovely blend of electronics and instrumentations will have you dozing on the front porch, once you arrive at your destination…and dreaming of spring…”

The brevity of the album suits the concept and really feels just right in listening through the evocative pieces that manage to span a wide range of tones and moods in such a short time while remaining very cohesive.  Heavy use is made of backward tracked guitar sounds, sometimes with vivid distortion as in ‘Wolf Teeth Revisited’ and ‘Years in the Faded Light’ or with a more meditative, almost Eastern feel in ‘Like Felled Ghosts Beneath Depthless Grey Skies’. In contrast, shimmering pastoral acoustic sounds grace ‘To And Fro, To And Fro’ and the album concludes with a blissful drone styled piece wonderfully named ‘We Found a Star Decaying In a Meadow’.

The special package for The Field Journal includes  a vintage, 4” square zip disc case, which is collaged inside and out with unique, antique pastoral snapshots and contains an 8 panel, accordion style fold out print, each panel of which is hand colored with dirt, grass and flowers, and is extensively stamped with text typed on a vintage typewriter.

Featured track: ‘We Found a Star Decaying In a Meadow‘

Levi Patel | Of Sleep and Time 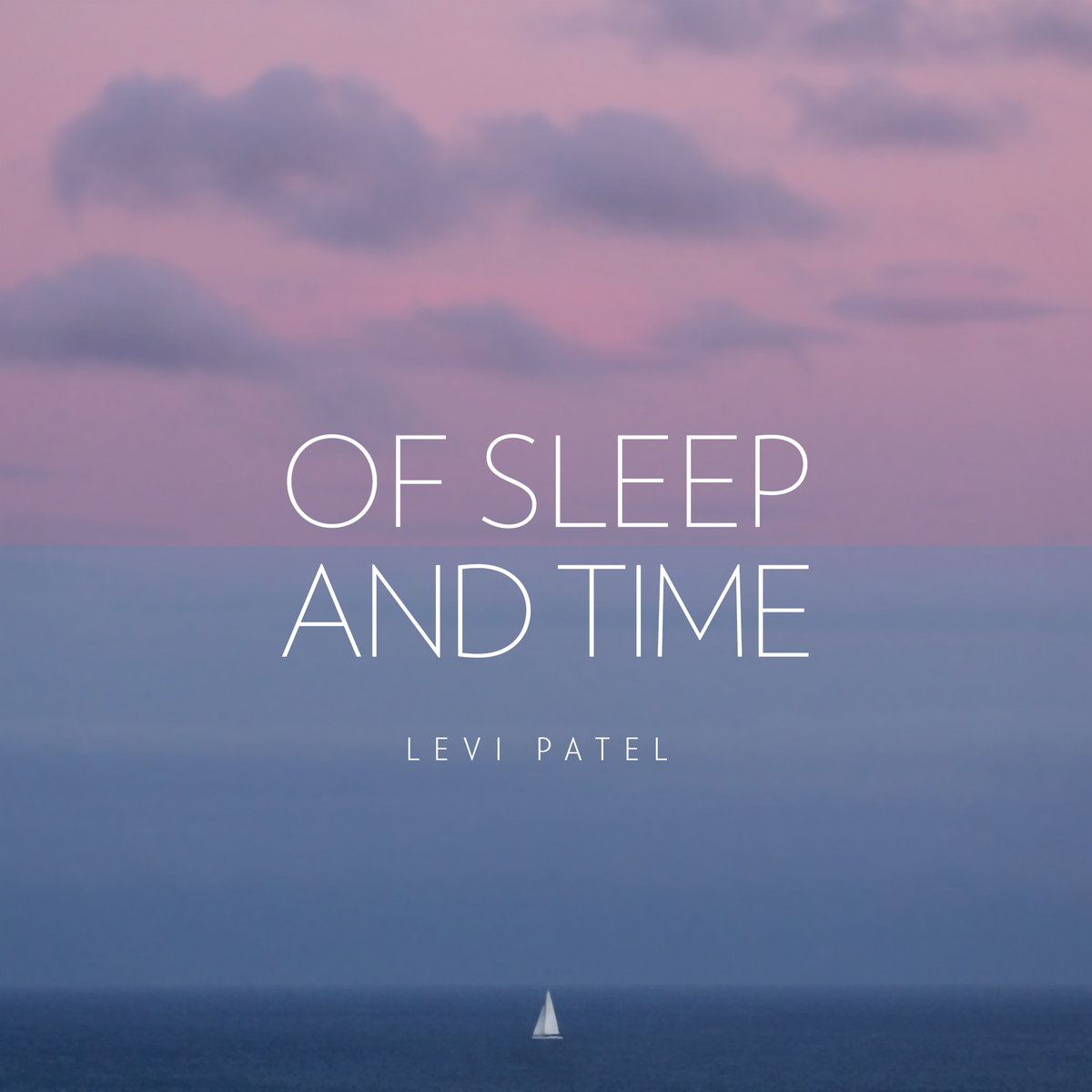 From New Zealand we have Levi Patel whose debut EP Forms has been very well received for its skillful melding of ambient, modern classical, and cinematic elements.  To develop his newest effort however, Of Sleep and Time, Patel took a different approach:

“Late last year I took some time away from my usual style of music production to write a short collection of piano and string pieces…I traveled to a small coastal area of New Zealand to record a beautiful piano I discovered, along with touches of bird song and rain, and added a small group of string players to complete the compositions.”

The EP contains a lovely solo piano piece bookended by gorgeous compositions that incorporate violin, viola, and cello. The result is more minimal and direct, but no less beautiful and moving than on the more lushly arranged Forms, perhaps even more so. The music still retains a cinematic feel, but of a more intimate variety.  It is simple, pristine, and beautiful. One can only now look forward to a full length work that Patel has clearly demonstrated he has the talent and creativity to produce. 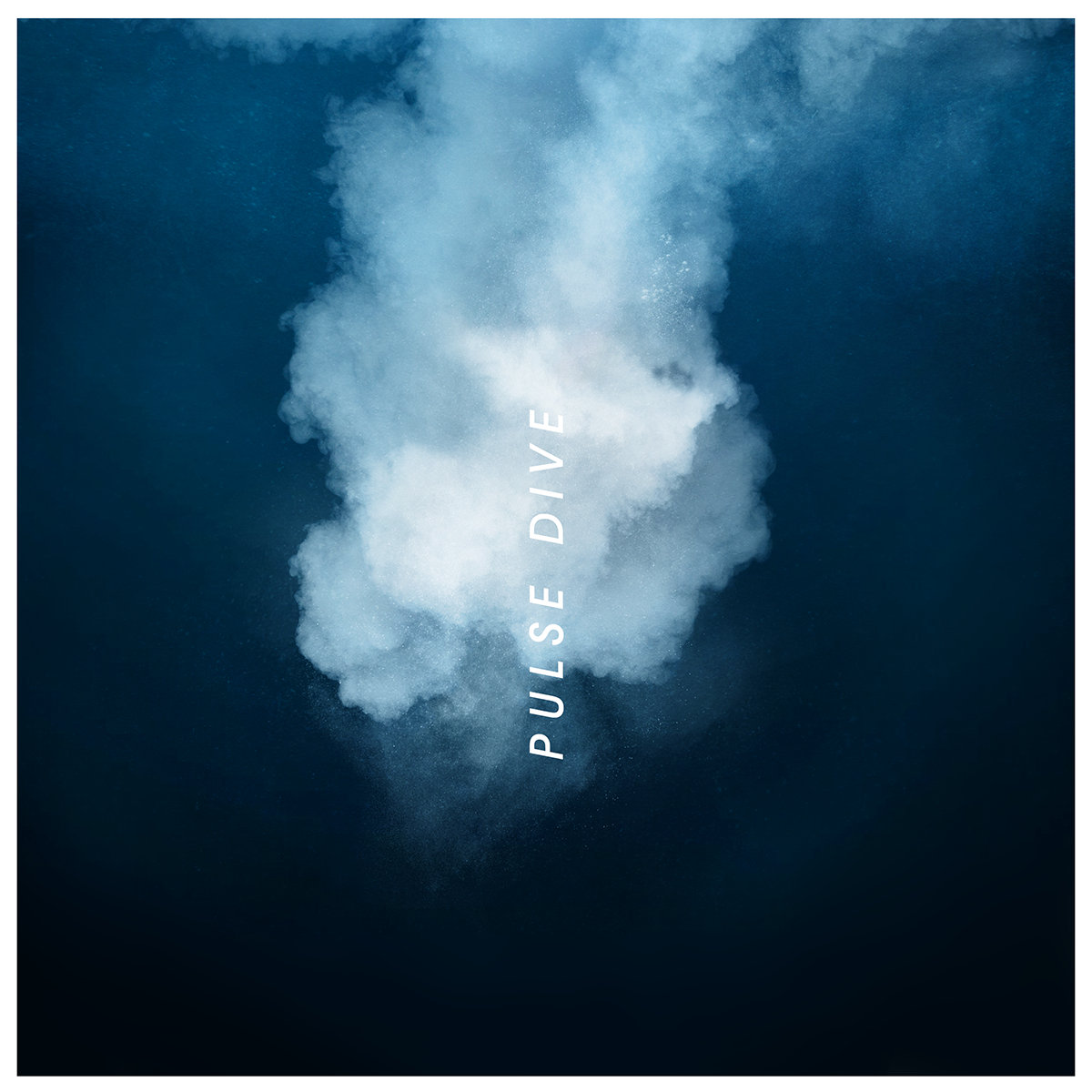 Ambient/experimental musician Dennis Huddleston continues his acclaimed 36 project (pronounced three-six) by following up his last full length record, Dream Tempest, with another lush offering called Pulse Dive.  It is remarkable how organically the music flows the three tracks of this EP despite how different their origins are.

According to Huddleston, the title track actually goes back five years to the sessions that produced the Hollow album.  He tinkered with it on and off over the subsequent years until a personal loss and sudden realization of his own mortality became catalysts that drove him to finish it.  As such it is understandably a personal piece to him:

“…despite working so long on it, I was adamant not to make it sound over-produced and I wanted to hang on to those initial vibes, which I felt 5 years ago when I wrote the very first notes. It’s a special track for me. I wear my influences on my sleeve with it, but it’s still a very personal tune, and I’m so happy to finally get it out there”.

On the other hand, ‘Stasis Eject’ was apparently written in a very short time frame. As suggested by his references to the movie “Alien” in his liner notes, it is a dark ambient piece with a cinematic scope suggesting a vast otherwordly landscape seen through human eyes.

Finally, ‘Sky Fire’ developed as more of a live improvisation built around a piano theme and will resonate with fans of his more beloved introspective tracks such as ‘Inside’ and ‘Ophelia’.

With the addition of the stretched out bonus remix of ‘Stasis Eject’, which clocks in at over 12 minutes by itself, Pulse Dive offers almost 30 minutes of beautifully crafted electronic ambient music that no fan of 36 will want to be without.

A Sudden Burst of Colour | Waves Will Rise on Silent Water 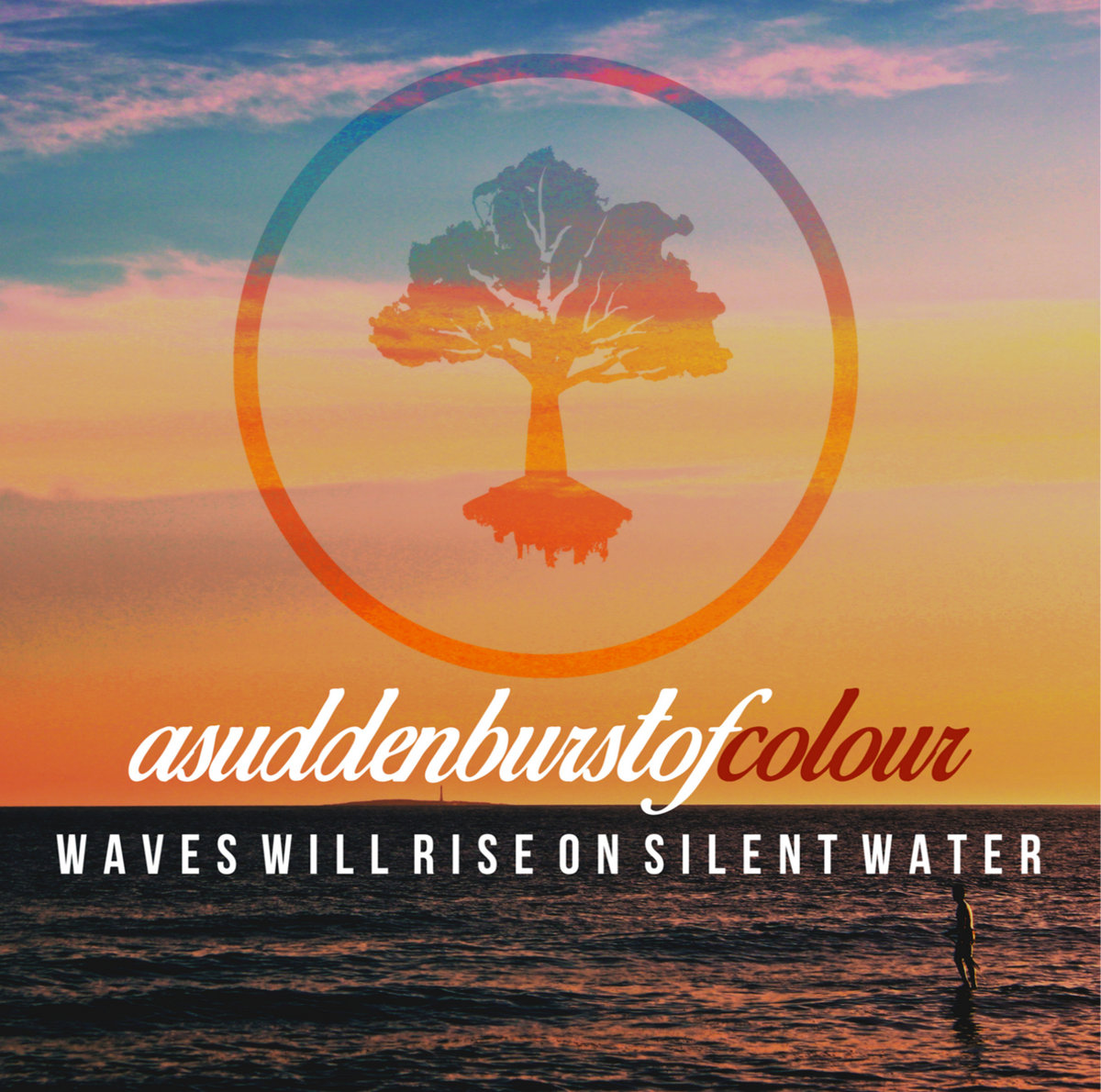 Based in Motherwell, Scotland, the quartet A Sudden Burst of Colour produce a particularly exhilarating brand of instrumental rock that is big on atmosphere. The occasional thundering post rock crescendo towers in some of their songs, but the real draw here is the crystal clear guitar tone, waves of sunshine soaked reverb, and soaring melodies all cleverly arranged.  Their latest EP, Waves Will Rise on Silent Water, is perhaps the finest expression yet of their engaging style.

Each track feels like it could go airborne with a lightness and momentum that generates velocity unencumbered by pretentious gravitas.  For older listeners (like myself), the clean guitar sound suggests what post rock might sound like in the hands of a master of tone like the legendary Hank Marvin, especially in the opening tracks ‘Riptide’ and ‘Yume’.  The band then turns in a more kinetic performance with the Maserati like ‘Life Spent Drifting’ only to close out with the shimmering bliss of ‘Ocean Floor’.

Waves Will Rise on Silent Water will definitely infuse light and energy into your day.  It is available as a modestly priced digital download or in a limited run of replica vinyl CDs in white recycled cardboard wallets alongside an artwork card and sticker pack (100 copies).