This week’s travelogue focuses on recent & upcoming releases from Hibernate Recordings, a label based in the South Pennines, a region of moorland and hill country in the north of England.  Featured: A stunning new collaboration by Iranian artists Tegh & Kamyar Tavakoli, a consoling reflection by Federico Durand, a mesmerizing sound experiment with turntables and found objects by Danny Clay, and a beguiling blend of folk, pop, & modern classical music by  Memory Drawings. 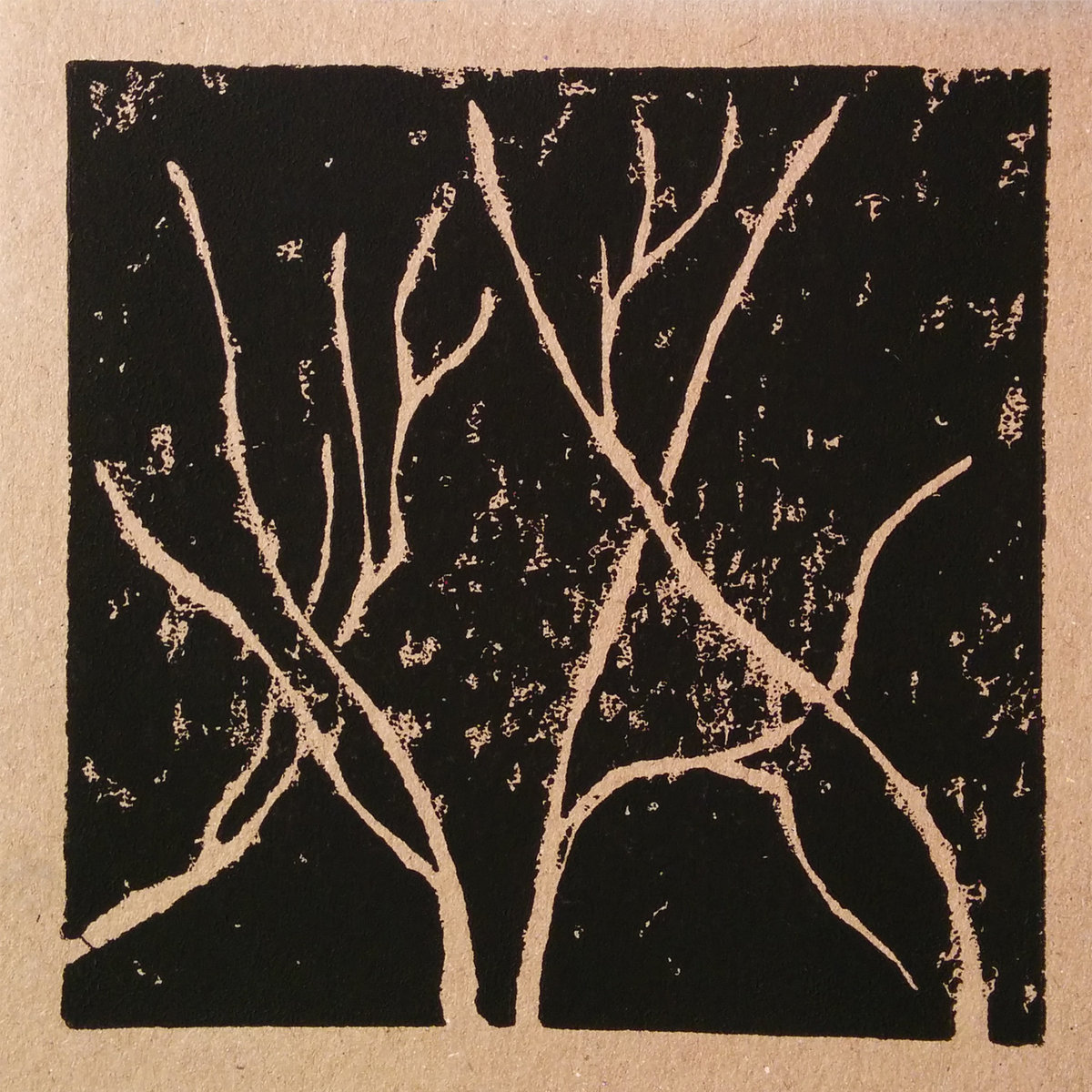 The burgeoning electronic music scene in Iran only seems to be getting more vibrant and shows no signs of slowing down.  Through the Winter Woods is a new three track EP by Shahin Entezami (aka Tegh) and Kamyar Tavakoli.  The duo have recorded together before under the name Artirial, but this album is a departure from the shimmering, glitchy ambient guitar driven IDM of that project into much denser sonic landscapes.  The transition is not a tentative one.  The sound of Through the Winter Woods is ambitiously expansive, strikingly bold and comfortably assured.  To its credit, the record has been mastered by an artist who is very compatible with the cavernous aesthetics involved, none other than Lawrence English (reference his own Wilderness of Mirrors).

The album begins with ‘Hollow’ which grows from a funereal, rumbling drone to a roaring apex, just short of cacophony.  The emotion is visceral and palpable. ‘Fractal’ has a more mechanized feel, driven by spiny oscillations that rise to an intensity that nearly disintegrates before ebbing to a conclusion.  The final track is the haunting ‘Disappeared Stratum’ in which manages to sound simultaneously immense and ethereal before fading into an outro that counterbalances the earlier dynamics with rich, unadorned guitar tones thus ending the album in a reflective mood.

Through the Winter Woods is available as a digital download or in a handmade 3” CDr package limited to 60 copies. 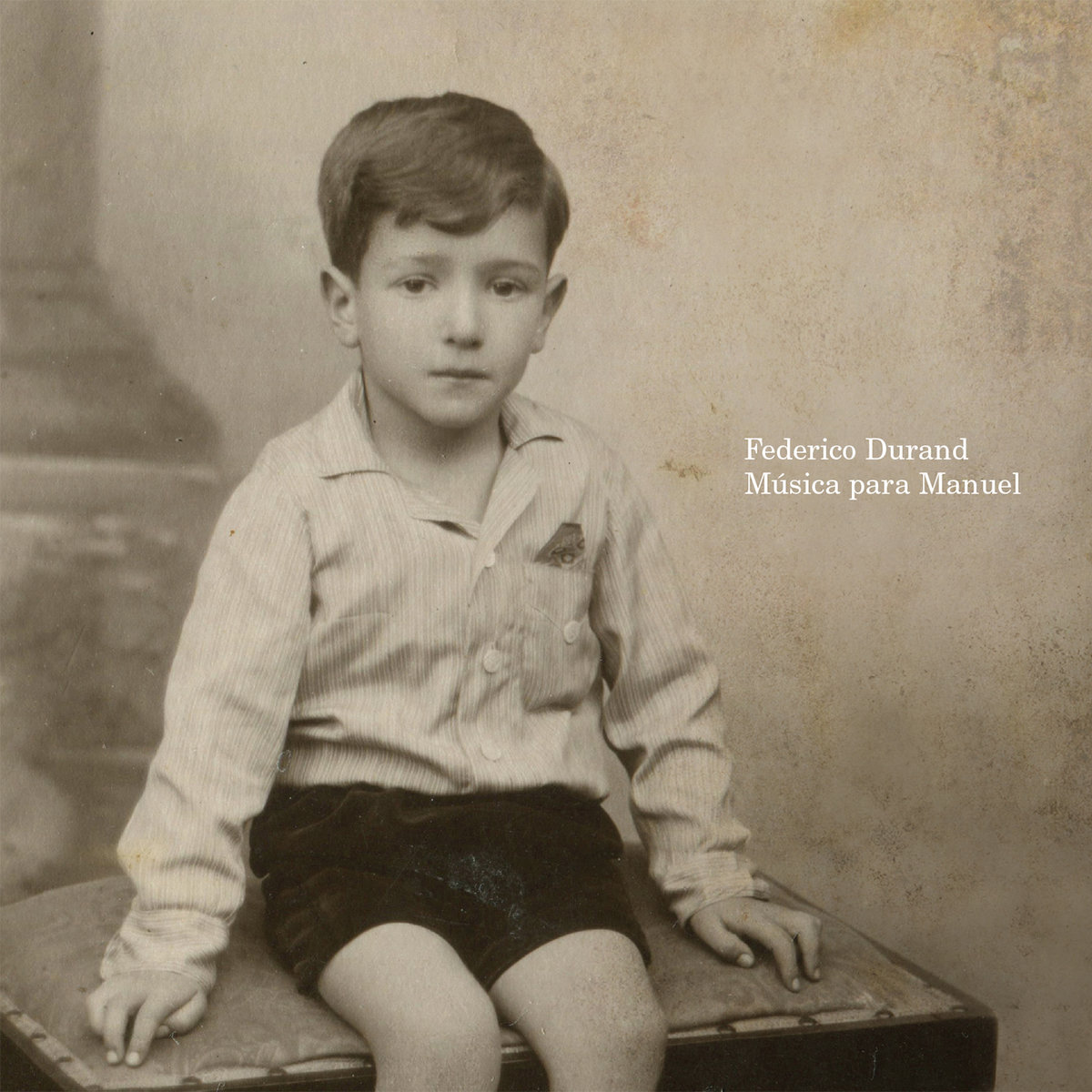 Federico Durand has been somewhat prolific of late, putting out several solo releases in 2014 and ending the year with a new Melodía record (a collaborative project with Tomoyoshi Date of Illuha and Optiope).  He begins 2015 with Música para Manuel, an album he has dedicated to his grandfather who lost his parents as a child and who Durand cites as being a very important presence in his life.  The first two tracks were recorded last year and sold on cassette while Durand was on tour in Japan. Now he has added three new tracks and Hibernate is releasing it as a full length album on CD, a decision fans will meet with gratitude as the cassettes have long since been sold out.

Those familiar with Durand’s music know what to expect – delicate constructions of gossamer thin sounds wrapped around field recordings, subtle electronics, and simple melodies.  There is an elegant stillness in his music not unlike a well kept garden. With all the tracks simply titled by consecutive Roman numerals, Durand lets the music do all the speaking here. Soft hisses like gentle breezes, music box tones, pastel drones all become sounds of memory, gratitude, shared grief, and loving reflection.  The new material is a welcome addition. The tracks fit seamlessly and naturally, with III and V being especially lovely.

Música para Manuel is available as a digital download or in a standard CD digipak limited to 200 copies. 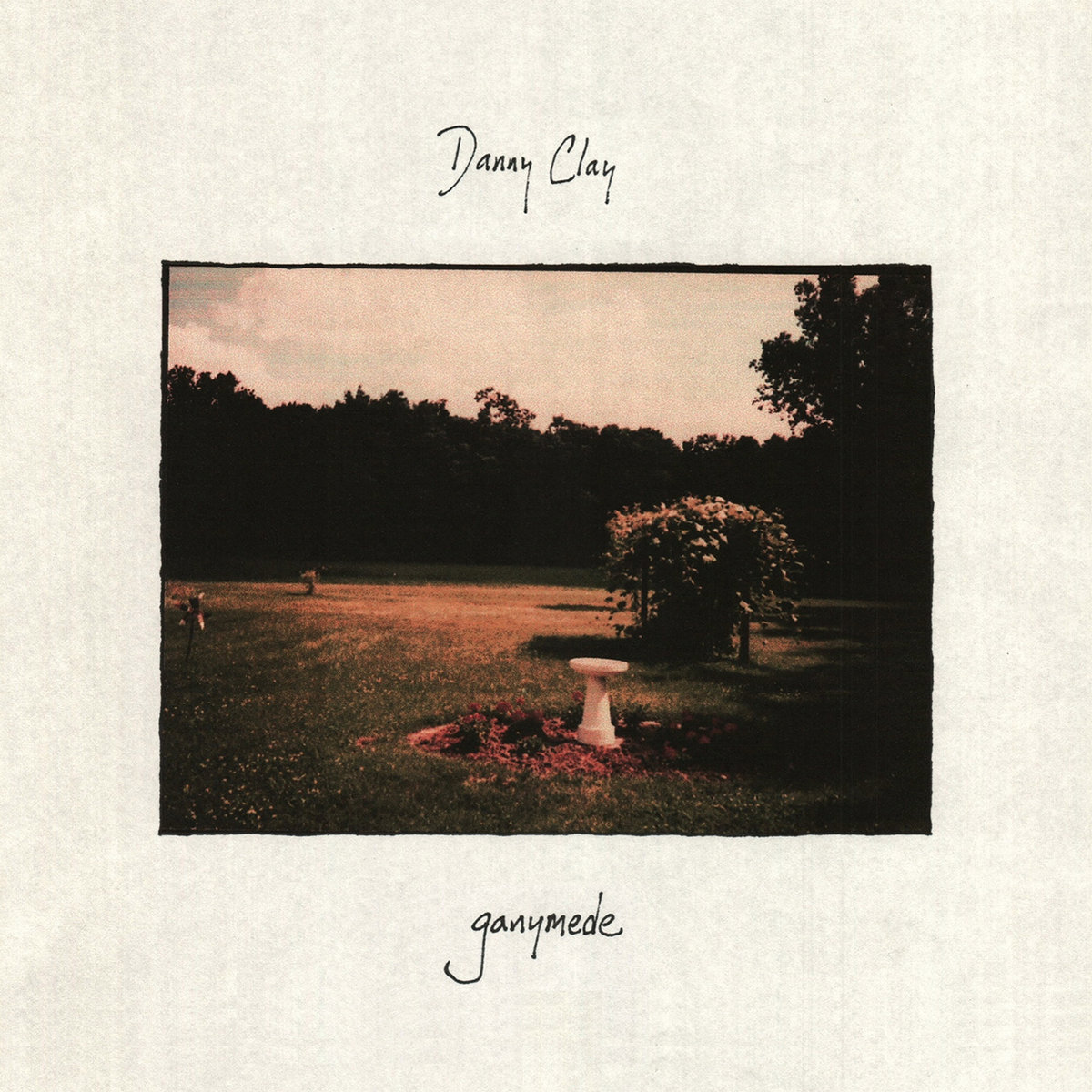 Composer Danny Clay follows up his 2014 releases Archive (on Eilean Rec.) and Glacier Park with Ganymede, a generously lengthy record created entirely from the opening bars of the Schubert song which Johann Wolfgang von Goethe’s poem “Ganymed” to music. What was the method to this madness?  The label explains:

“For Danny, Schubert’s Ganymed sits at a strange intersection between innocence and loss, childhood and maturity, the beautiful and the sinister. So infatuated he was, that he began looking for ways to prolong the beginning music of Ganymed indefinitely…This is the kernel from which this album began – a simple melody washing against the ear gently, insistently, pulling one’s thoughts and desires into deeper, darker mental chambers, drifting quietly into eternity.”

To accomplish this, Clay relied much more on objects than instruments to produce the sounds that would make up the album. The liner notes tell us these included turntables, found objects, friction noises, lathe-cut records of sine-waves, piano, and music box.  Clay further amplified these by “turntable preparations” such as plastic cups with needles, combs, and baby monitors.  With this improvised tool set befitting a resourceful Foley artist, he created a mesmeric fabric of spinning, looping, and decaying sound that constantly morphs the simple melody in way that never feels repetitious.

From a listening perspective, the album, which clocks in at over 71 minutes, is almost like a play in three acts.  The first act is comprised of group of six numbered tracks each called ‘glow’ and is by far the most gentle and melodic segment of the album. The next section, entitled ‘im morgenglanze’ is much more abstract and experimental, full of prickly textures and circular friction – intriguing and hypnotic, but quite devoid of melody.  The final section is the title track, a protracted 28 minute study in sound that restores the melodic elements but in an elongated and decaying form rendered nearly beyond recognition. These last two pieces might test the patience of some listeners, but they are undeniably fascinating and are consistent with Clay’s stated objective prolonging the music as if indefinitely.  For those challenged by these pieces, I would suggest that ‘glow i – vi’ alone is worth the price of admission.

Ganymede is available as a digital download or in a standard CD digipak limited to 100 copies.

Memory Drawings | There is No Perfect Place 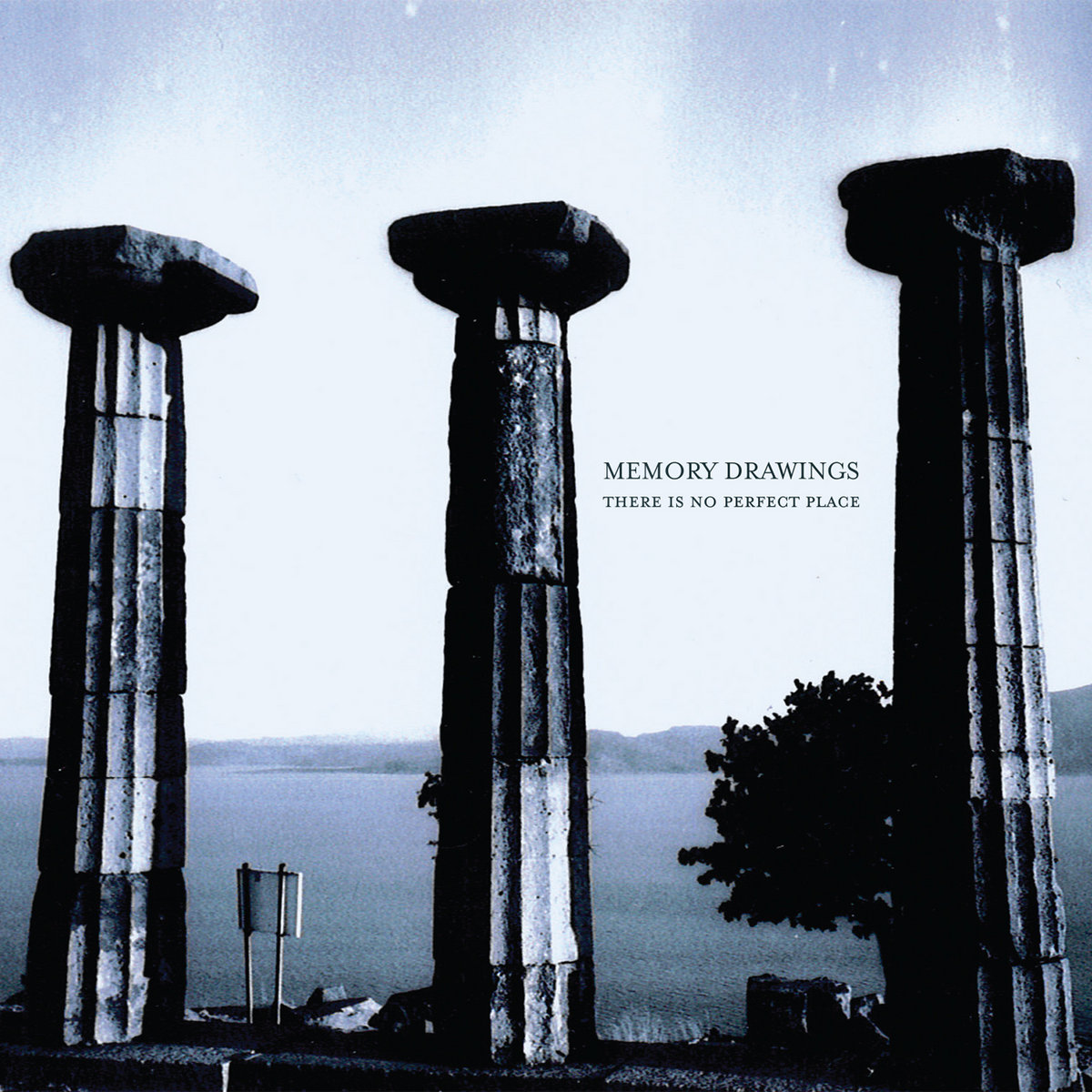 Memory Drawings is a project led by Joel Hanson, an American musician currently based in Morocco and who distinctively plays the hammered dulcimer. His collaborators are guitarist/multi-instrumentalist Richard Adams (Hood, Declining Winter) and violinist Sarah Kemp (Lanterns on the Lake, Brave Timbers) with support from Gareth S. Brown (formerly of Hood), Canadian musician Chris Tenz, and cellist Florence Fawcett.

The band’s own fitting tagline is “drifting, pastoral, evocative instrumental music for travel”. It is a beguiling, eclectic, and enigmatic amalgam of chamber folk, modern classical, ambient, and pop that is so easy on the ear one might not appreciate the subtleties behind the sparse, but surprisingly complex layers.  The hammered dulicmer is an elegant lead instrument that fills the tracks with a spacious lightness that gives the guitars and strings ample room to contribute and shine.  Sometimes the instruments flow in sublime harmony as in the dreamily gliding songs ‘The Island of the Day Before’ and ‘Golden Afternoon’, at others they play off each other in delightful call and response as in the brightly articulated ‘Coldstream’.   The danger of lapsing into too much sweetness is averted by the insertion of moody and introspective pieces such as ‘In the House at Midnight’, ‘There is a World Without You’, or the yearning title track.

The ten original tracks of the album comprise a very satisfying offering, but it becomes downright generous with the addition of the reworked songs that are included. In addition to alternate versions featuring cello or vocals, there are remixes by artists including Pausal, Talvihorros, The Sly and Unseen, and Benoît Pioulard.  Whereas the originals have a shimmering, spring/summer feel, the cumulative effect of the alternate versions is more autumnal and even wintry.  All together it makes for a full and engaging listening experience – a rich album for all seasons.

There Is No Perfect Place is available as a digital download or in a limited CD edition that includes the original album on one disc and the bonus material on another.

Video: ‘There is a World Without You’