This week’s travelogue once again puts the spotlight on the humble EP as there have too many of these small gems released recently to ignore. Included among this batch are splendid new works from William Ryan Fritch and 36, a unique 48 hour collaboration by the artists of Bigo & Twigetti, a pair of standout releases from label/magazine Futuresequence, and a trio of recordings marking the launch of a brand new label, Moderna Records founded by Évolène Lüthi. 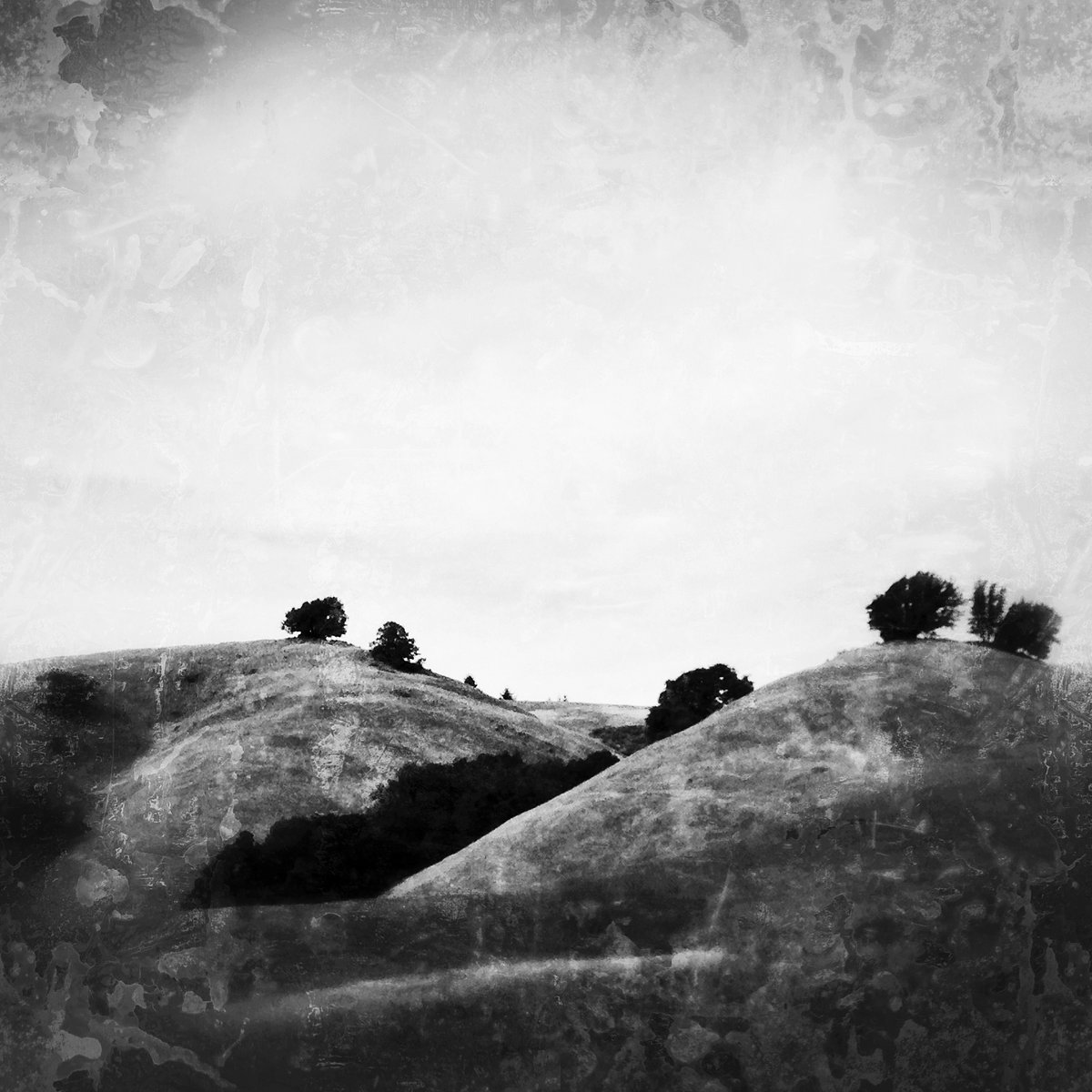 Admittedly hitherto unfamiliar with the work of composer, multi-instrumentalist, and audio engineer WIlliam Ryan Fritch, my introduction to his work came on Nils Frahm’s Piano Day when he released this gorgeous EP, Dampener. Given the connection to that day and the fact that it is a precursor to the upcoming release of his Music For Film Vol.I, it is no surprise that it it fits squarely in modern classical territory, but a sampling of his other recordings makes it clear that this is but one of many musical territories this artist is capable of exploring (the others being folk, indie rock, hip hop, and world to name a few).

While I explore some of those other recordings, I have no reservations at all recommending this one as one of the best modern classical EPs I have heard this year.  Three lush and grippingly cinematic tracks (‘Som Elisa’, ‘Palpable’, and ‘Impermanence’) are book-ended by a pair of gentle piano-led pieces (‘Mayflies’ and a ‘A Mumbled Lullaby’) to create a wholly satisfying listening experience and whet the appetite for the complete offering to come via Lost Tribe Sound on April 21. 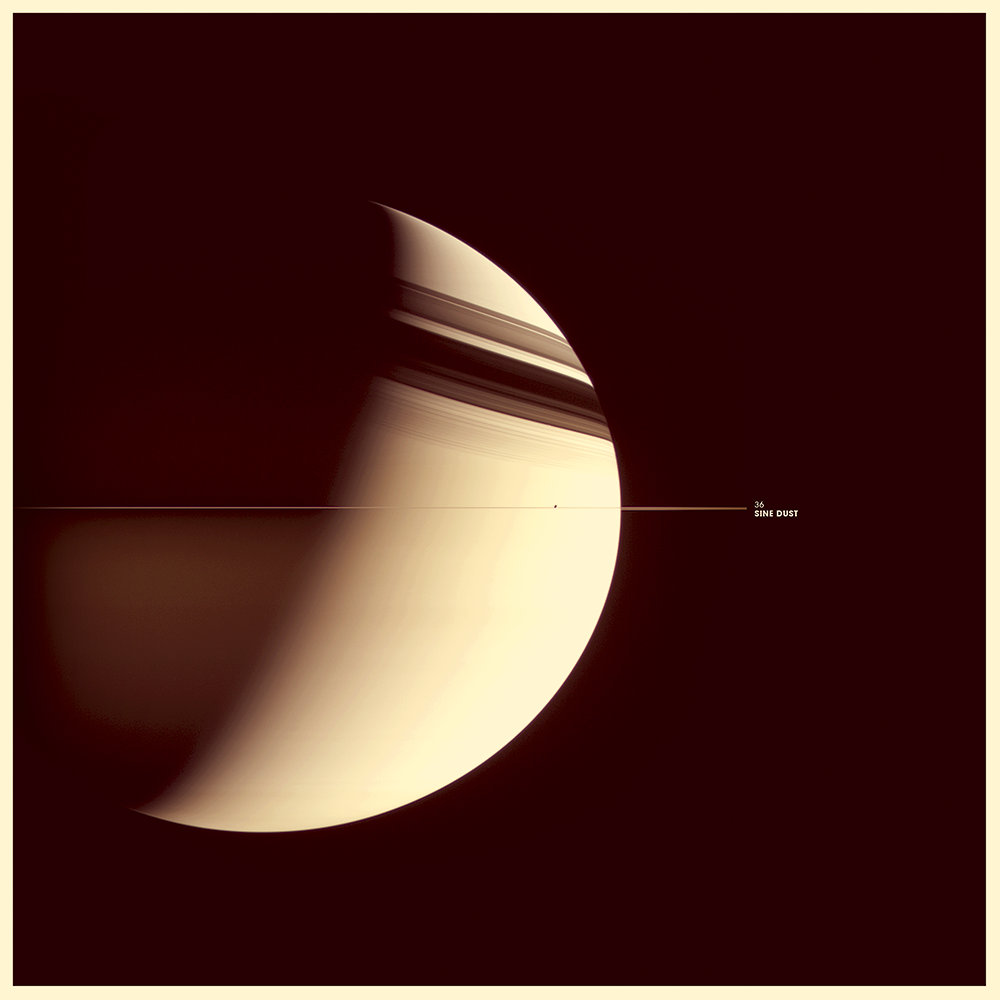 Coming on the heels of the outstanding Dream Tempest, Sine Dust concludes a very productive period for Dennis Huddleston and his 36 music project.  Inspired by the journey of the Voyager I spacecraft, which will take 40,000 years to reach the nearest star beyond our sun, it is melancholy and introspection on a cosmic scale.

“I wanted to make an EP that had a strictly defined sound and theme, which continued from beginning to end, using a limited array of instruments to tell the story. All tracks are sequenced in the order they were made. In some ways, it’s the most minimal record I’ve made. The sounds are soft, muted and the notes are played with a gentle intensity that hopefully reflects my passion for the stars. Listening back, I find it quite an inspirational, almost-romantic record, yet one which remains undeniably melancholic.

Sine Dust links back thematically to Sun Riders , Huddleston’s earth-bound meditation on the dream of space exploration, even including a part II to the title track of that EP.  Through ‘Drift Orbit’, ‘Beyond the Heliosphere’ and ‘Sine Dust’, the listener becomes a passenger on this lonely journey through the vast cosmos, with the ethereal voice in the latter a reminder of the human origins and aspirations behind it.

In addition there is a companion EP called Sine Dust Versions, with extended remixes of each track. This can be streamed on the 36 Bandcamp site, but is currently only available for download to those who sign up for the subscription option.

Featured track: ‘Beyond the Heliosphere’ 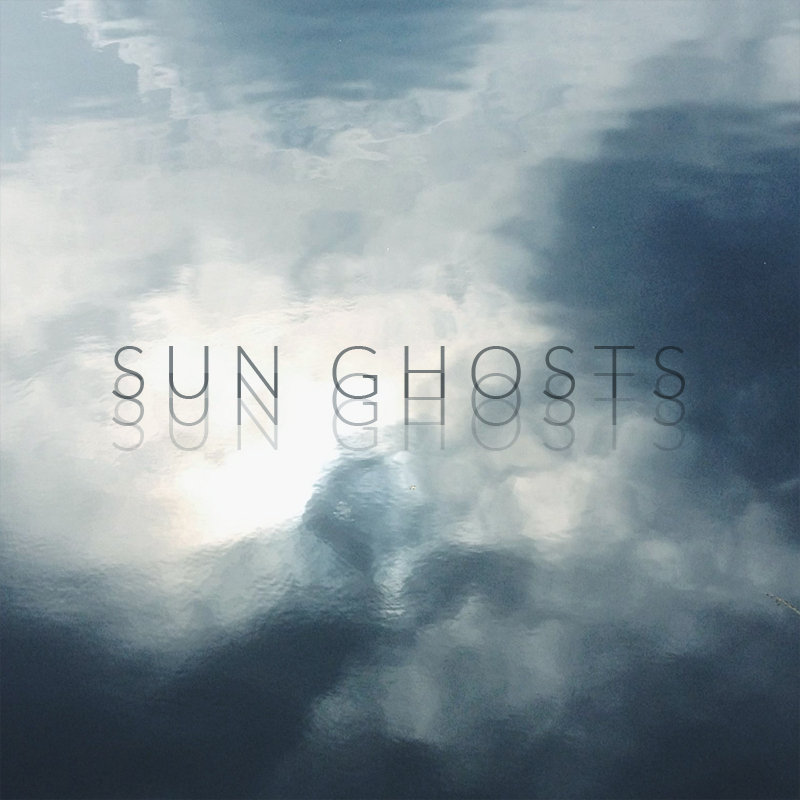 It has been gratifying to see an increase of the output of the label side of Futuresequence in addition to their exceptional V/A compilations.  After releasing two stellar full length albums by Siavash Amini (What Wind Whispered to the Trees) and Ed Hamilton (Arabesque), we have a pair of EPs from Wolf Maps and Drombeg that do not disappoint despite their comparatively shorter length.

First up is Sun Ghosts by Wolf Maps, a highly atmospheric drone journey of cavernous depth and emotional gravitas.  The title track instantly spellbinds the listener as funereal tones dissipate into a vast field of distortion, eventually subsiding into soft oscillations with peaceful birdsong in the background. As the title implies, ‘Gone’ feels like a meditation on loss, but the album concludes on a more redemptive and hopeful note with the softer, ebbing drones of ‘Always’.  This absorbing release builds anticipation for a full-length to come out on the label later in the year. 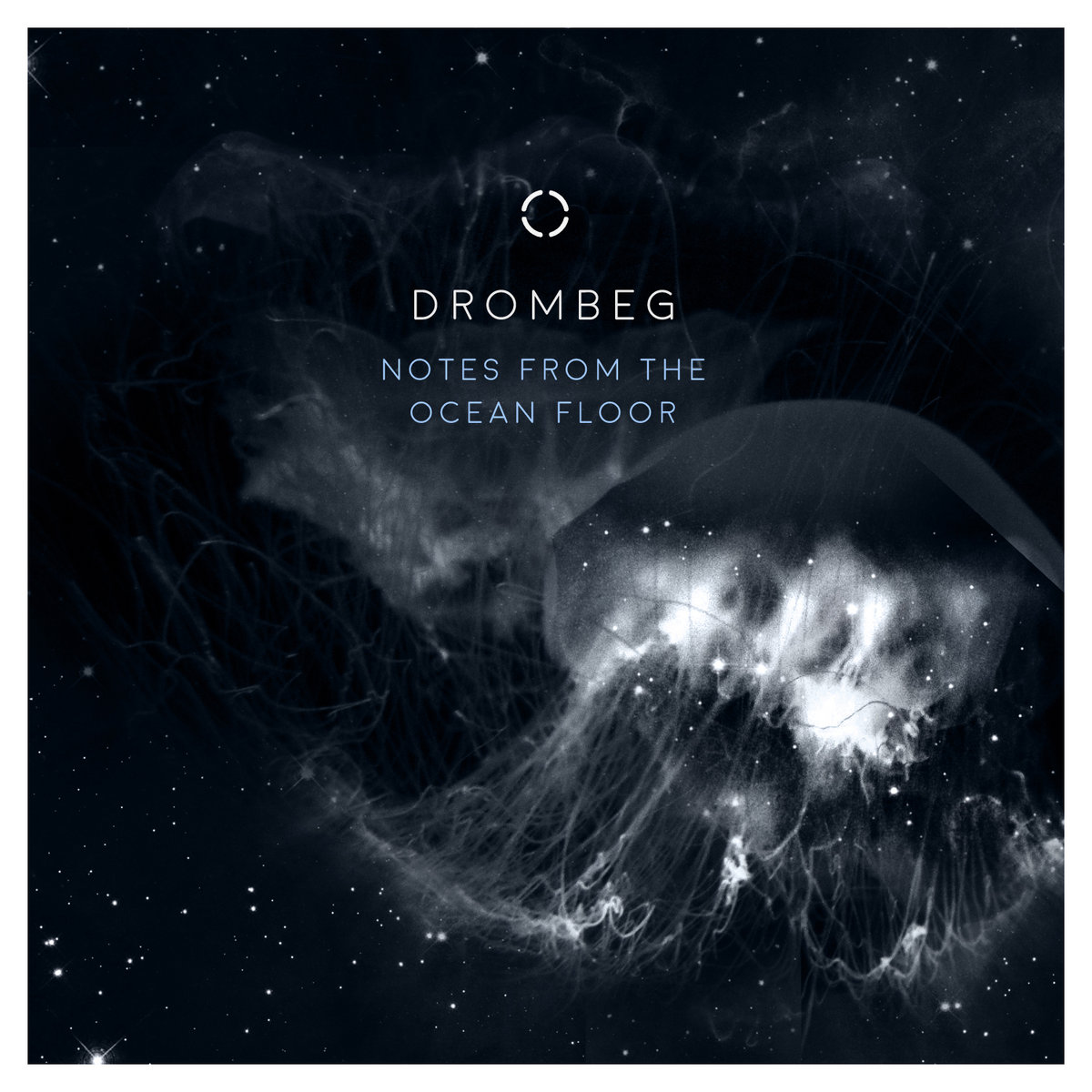 Notes From the Ocean Floor represents the modern classical and electroacoustic interests of the label.  The artist is Drombeg, an alias minted by county Kerry based musician Thom Brookes for his instrumental, ambient leaning music (he records indie folk and rock under his own name and as Cave Birds).  The evocative title of the record has a significant meaning to Brookes and communicates a little something about how it was created:

“There are times in my studio when I am so deeply involved in the process that I completely lose my sense of self. As listeners we swim so deep into sound that we forget where and who we are. And when we manage to come up for air we are breathless but cleansed, like deep sea divers. These songs are my recollections, my notes from the ocean floor.”

Having already demonstrated himself a capable singer and songwriter who can come up with a great hook, Brookes shows he is equally at home in this more languorous, intuitive, and improvisational style of creation.  Not only at home, but sounding as if he was born to make this sort of music as he offers impeccable atmospherics on the opening track ‘Girl From the Rewrite, introspective, unobtrusive ambient on ‘Horse’, heart-tugging cinematic crescendos in ‘The Way Love Emerges’, and a satisfying guitar-driven outro on ‘Jeremiah Holding Hands’. It is enjoyable on the first spin, but offers many layers to pull apart and appreciate on repeated listening.

The EP comes with a downloadable PDF including liner notes, photos from the artists’ studio and surrounding landscapes of Kerry, Ireland.

Featured track: ‘Girl From the Rewrite’ 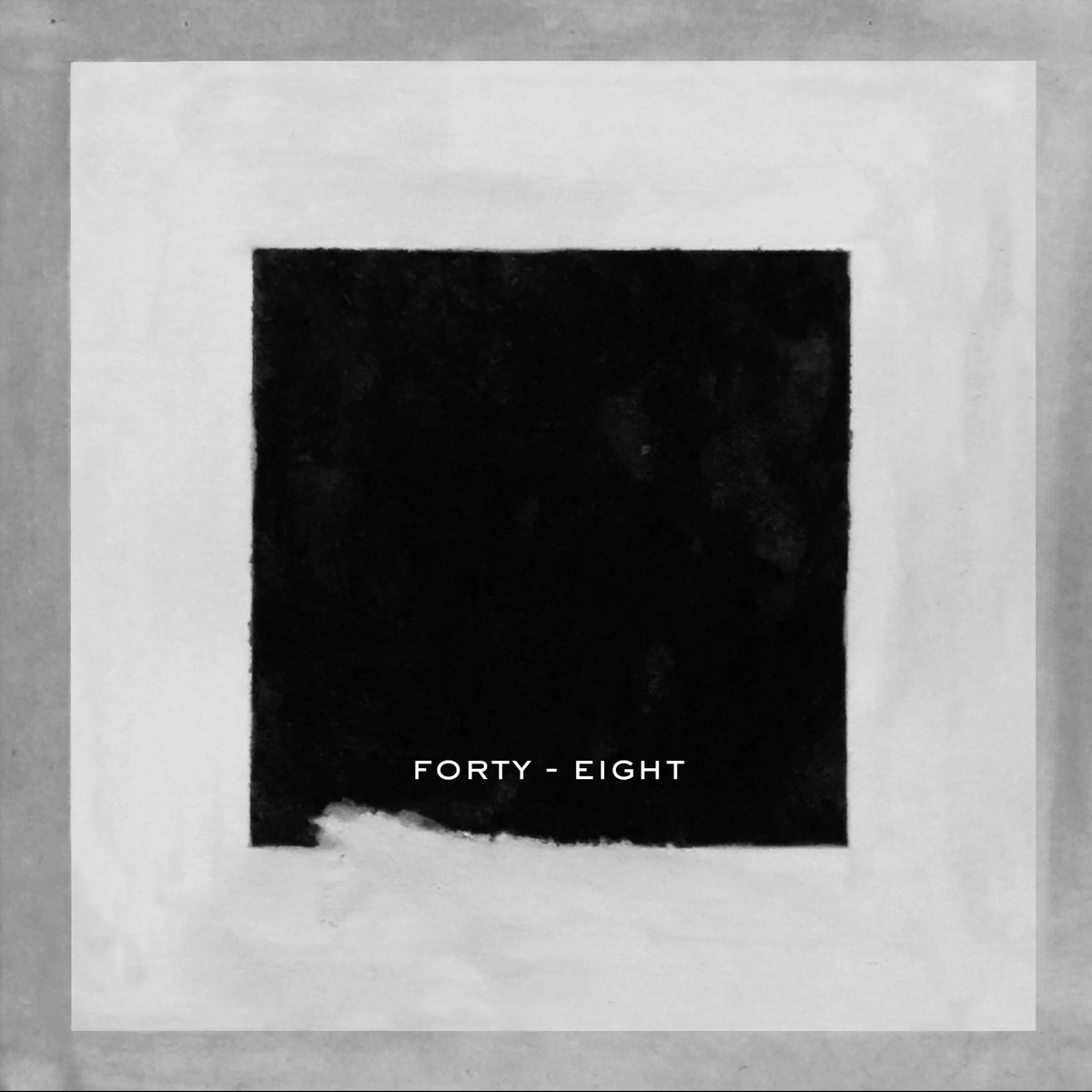 Forty Eight is the latest offering from the London-based Bigo & Twigetti label and it sounds so nice, listeners who don’t know the origin of the project might be surprised to find out how improvisational it was and how quickly it was produced.  The clue is in the title of the EP, which is the number of hours allotted to Jim Perkins, Leah Kardos, and Jules Dickens to put it together, specifically the weekend of Feb 28 to March 1.

Some outstanding guest musicians were enlisted as well – Tony Woolard on cello, Aisha Orazbayeva on violin, and vocalist Red Gray.  Whether by design or just in tune with the natural arc of the creative day, the first track indeed feels like an early morning awakening, the second a rich and vibrant evening, and the final a late evening meditation.  The combination of musical skills and instincts and the spirit of improvisation are all mixed into the recipe in just the right amounts to create a captivating EP that fans of ambient and modern classical should equally enjoy. 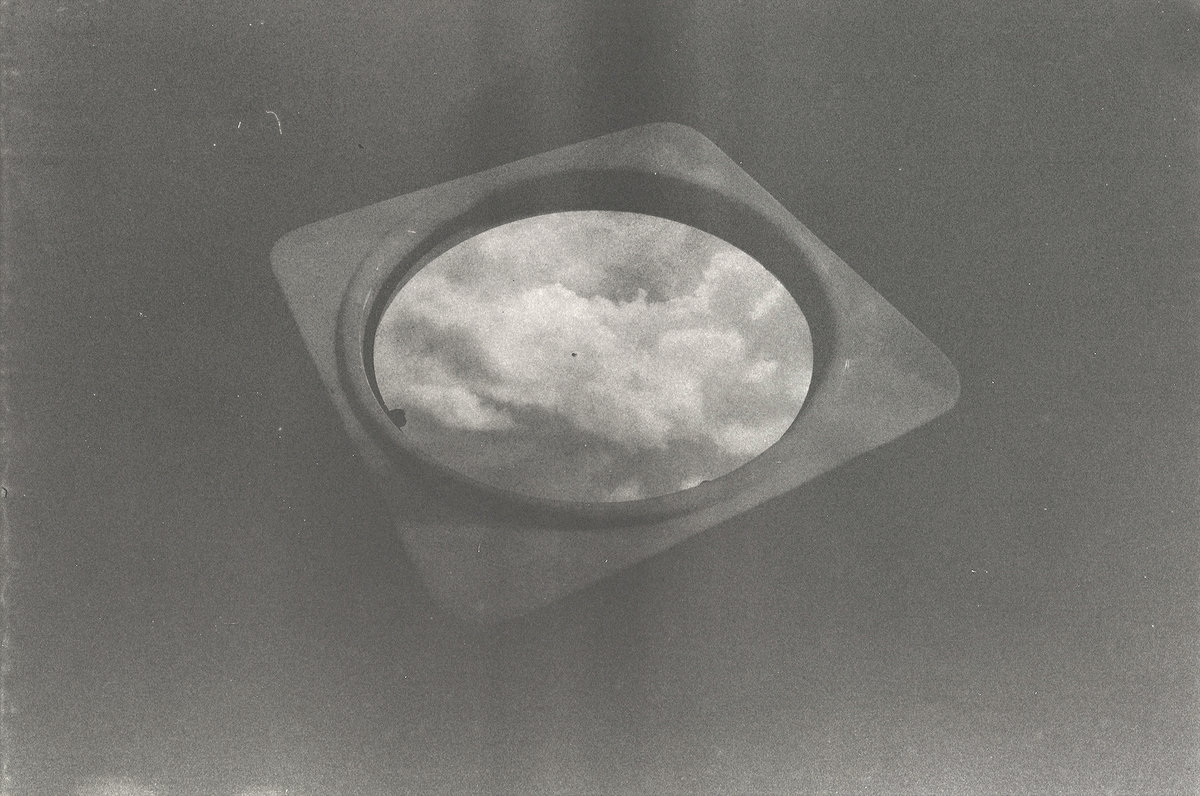 The end of March did not come before the launch of an exciting new label based in Montreal by Évolène Lüthi, himself a compser and multi-instrumentalists.  A flurry of single and dual track EPs right out of the gate demonstrates that Lüthi is serious about delivering on the promise of becoming “a goldmine for innovative instrumental music releases” with a focus on “beatless instrumental music ranging from classical to contemporary, chamber music, ambient, theatrical, cinematic, electro-acoustic and drone”

The first release featured here is a split offering by Julien Marchal and Tambour (aka Simon P. Castonguay who is also the designer of Moderna’s very pleasing website).  Lovers of dampened piano should not miss these two beautiful pieces, Marchal’s lovingly extended ‘Moth’ and Tambour’s charming ‘Atric’.

Holkham  | The Lake Down the Lane (Moderna)

Holkham is the musical alias for Simon Keep who is assisted here by Fishclaw bandmate Jos Dow to create a mesmerizing single track called ‘The Lake Down the Lane’.  Keep lays down a fast flowing current of percussion and synth loops over which Dow’s vibrant viola soars – a perfect marriage of electronic and modern classical elements.  This song is the first of what Keep says will be an ongoing collaboration which on the strength of this lovely piece is good news indeed.

Mark Harris | The Things That Have Been Broken (Moderna) 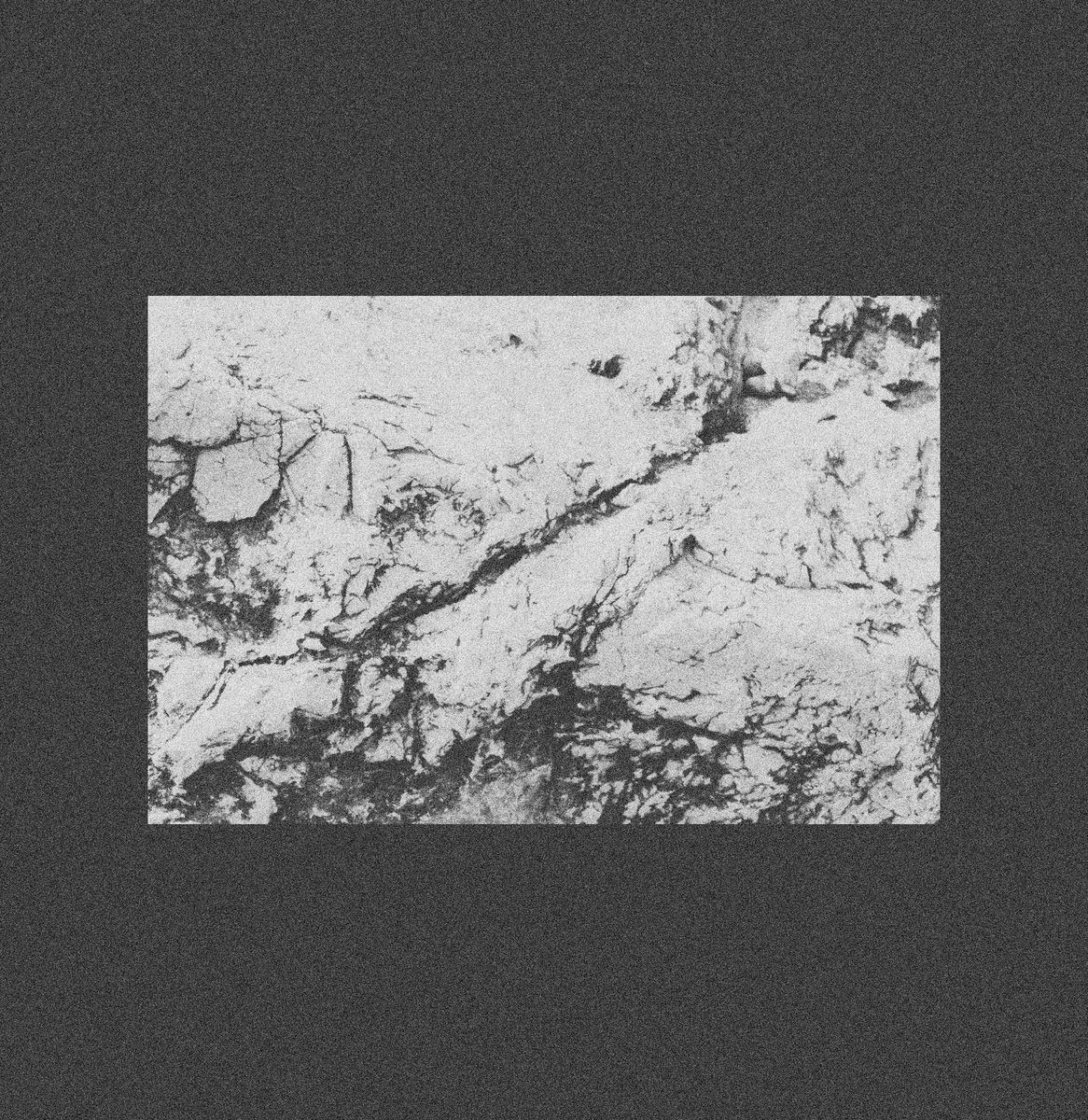 Musician and sound artist Mark Harris whose last full length album The Angry Child was released on N5MD (see ST review here) joins the Moderna launch fray with a single improvised piece entitled The Things That Have Been Broken.

While one can just enjoy the gorgeous, airy ambient drone on its own merits, it is fascinating to learn how Harris created it from field recordings of human voices edited down to just non-verbal expressions, fed through a modified vocoder, processed into purely electronic tones, and looped to enable an improvisational processed with generative sound.  The whole thing was done in one take and sounds lovely.