This week’s travelogue shines a spotlight on the cello with a look at seven albums released over the past year either made by a cellist or prominently featuring the instrument and spanning a diverse range of moods and styles from tender romanticism to cinematic and post-industrial soundscapes.  Also featured is a new cloudcast called Deep Resonance including tracks from each of these albums along with a few other cello (and cello-like bowed guitar)  pieces. In June 2014, Keaton Henson surprised many with the release of Romantic Works with no promotional build up. Even more of a surprise was that it was an album of quiet instrumentals.  It would not be an affectation to call it bedroom classical as that is exactly where it was created using found objects and charity shop instruments. Despite not being able to read or write music, Henson took his inspiration from some of the very best composers (including Arvo Pärt, Philip Glass) and managed to create an exquisite and profoundly beautiful album.

Another decision he made that enhanced the album immeasurably was to add the cello of Ren Ford on all but a few of the tracks. His elegant playing alternately resonates and soars, especially on such emotionally effusive tracks like ‘Healeah Dancing’ and ‘Field’. I have not been able to pull my ears away from these gorgeous songs and once you listen, I suspect you will not be able to either.

Also, don’t overlook Romantic Material, an EP which includes two additional tracks that extend the album (‘La Naissance’ and ‘Sand’) along with two remixes of ‘Elevator Song’, one by Kid Kanevil and one by Ulrich Schnauss.  This only available in digital format and appears to be available exclusively through iTunes. 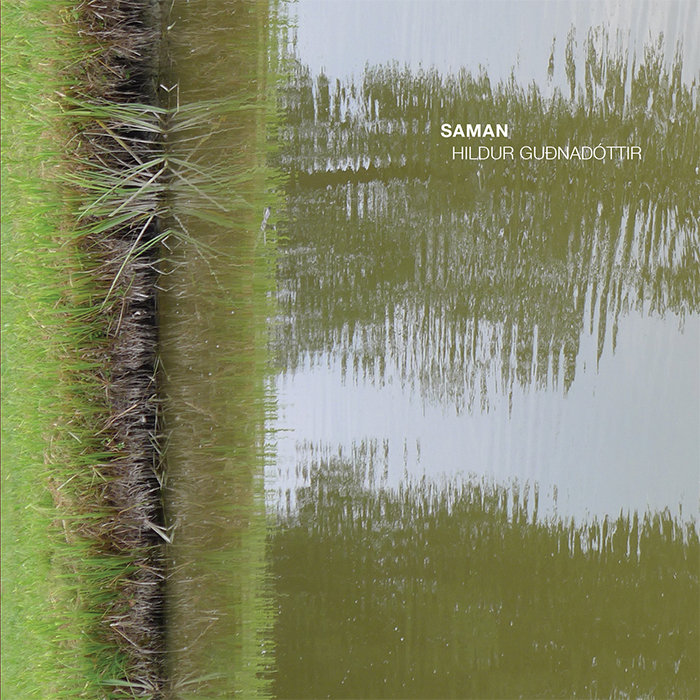 Saman was released in June 2014 by Icelandic cellist, composer and singer Hildur Gudnadottir. Its title means “together” in English, hinting at the way she melds cello and voice into a beautiful sonic alchemy.  The playing on the album is exquiste. The sonority of her cello is crystal clear and richly reverberant, able to fill the aural space all on its own, as it does on such stunning tracks as ‘Strokur’, ‘Birting’, “Rennur Upp’, and ‘Til Baka’.  She also layers tracks to grand effect as on ‘Bær’ which resonates with rich beauty.

Even greater depth and expansiveness are acheived by the addition of Hildur’s ethereal Gregorian style vocals as in ‘Frá’ or ‘Heyr Himnasmiður’. Another nice touch is the addition of Skúli Sverrisson’s guitar to her soft vocal intonations on ‘Heima’. All in all Saman is a captivating and beguiling album and a must-listen for fans of cello music. 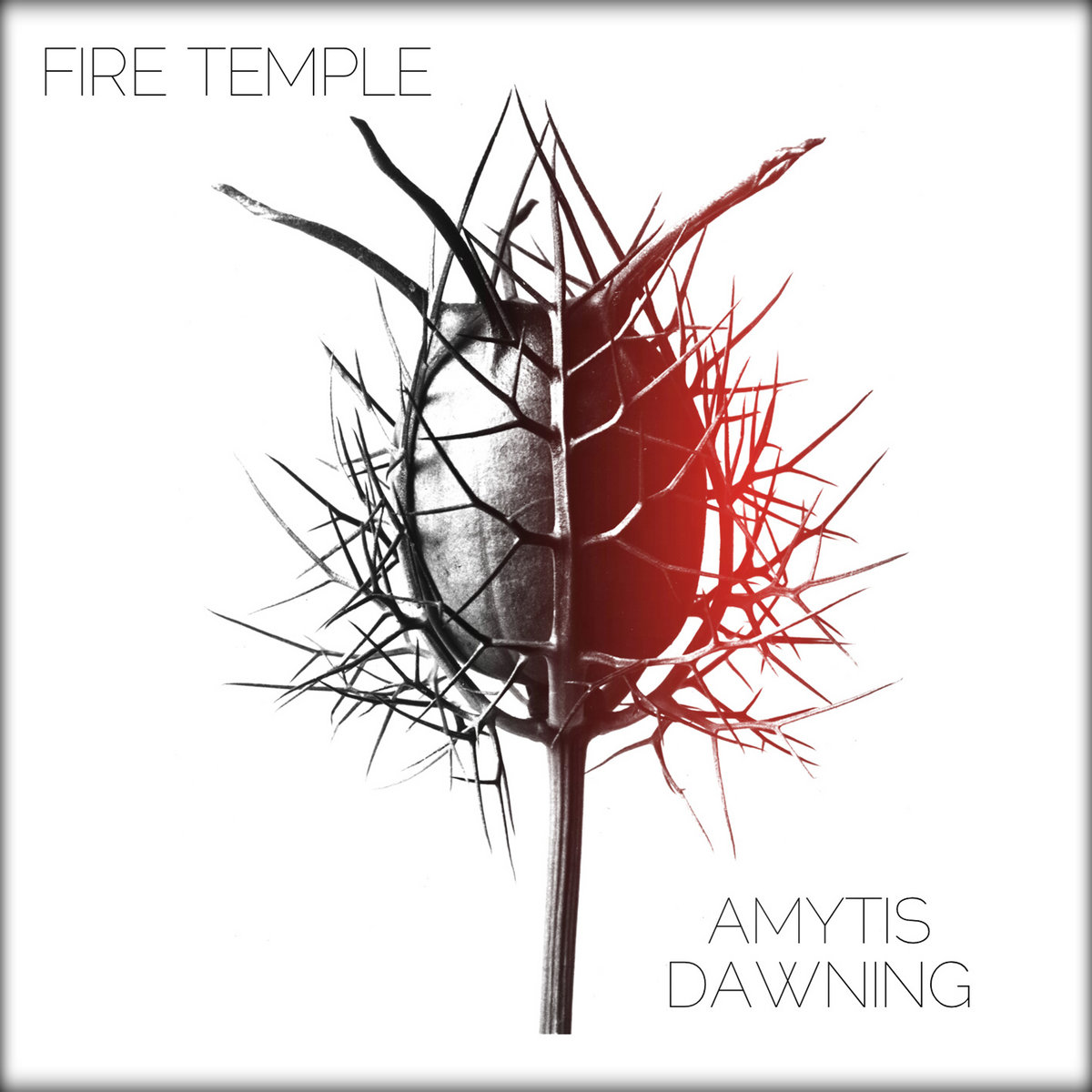 Fire Temple is a duo comprised of Canadian cellist Christine Hanson and musician & sound engineer Don Tyler (aka Phase47).  Amytis Dawning is their debut album in this format and it is quite stunning.  If, like me, you were not familiar with Hanson’s musical biography, it is impressive to consider. It includes classical training, commissions, arranging, studio work, theater work, teaching, and performing in a variety of ensembles spanning multiple genres, and continents (Canada and Scotland in particular).

So the surprise here is not the masterful playing or the alluring and evocative compositions; it is that more of us have not heard this wonderful album (I have Allister at Make Your Own Taste to thank for it myself). Tyler’s ambient treatments are artful but restrained, serving as an ideal underpinning to the Hanson’s emotive and resonant cello. Perhaps no track exemplifies the partnership better than ‘The Field’. It is  arguably the showpiece of the album, but make no mistake, there are no weak tracks here.  It is a vibrant and enthralling journey. 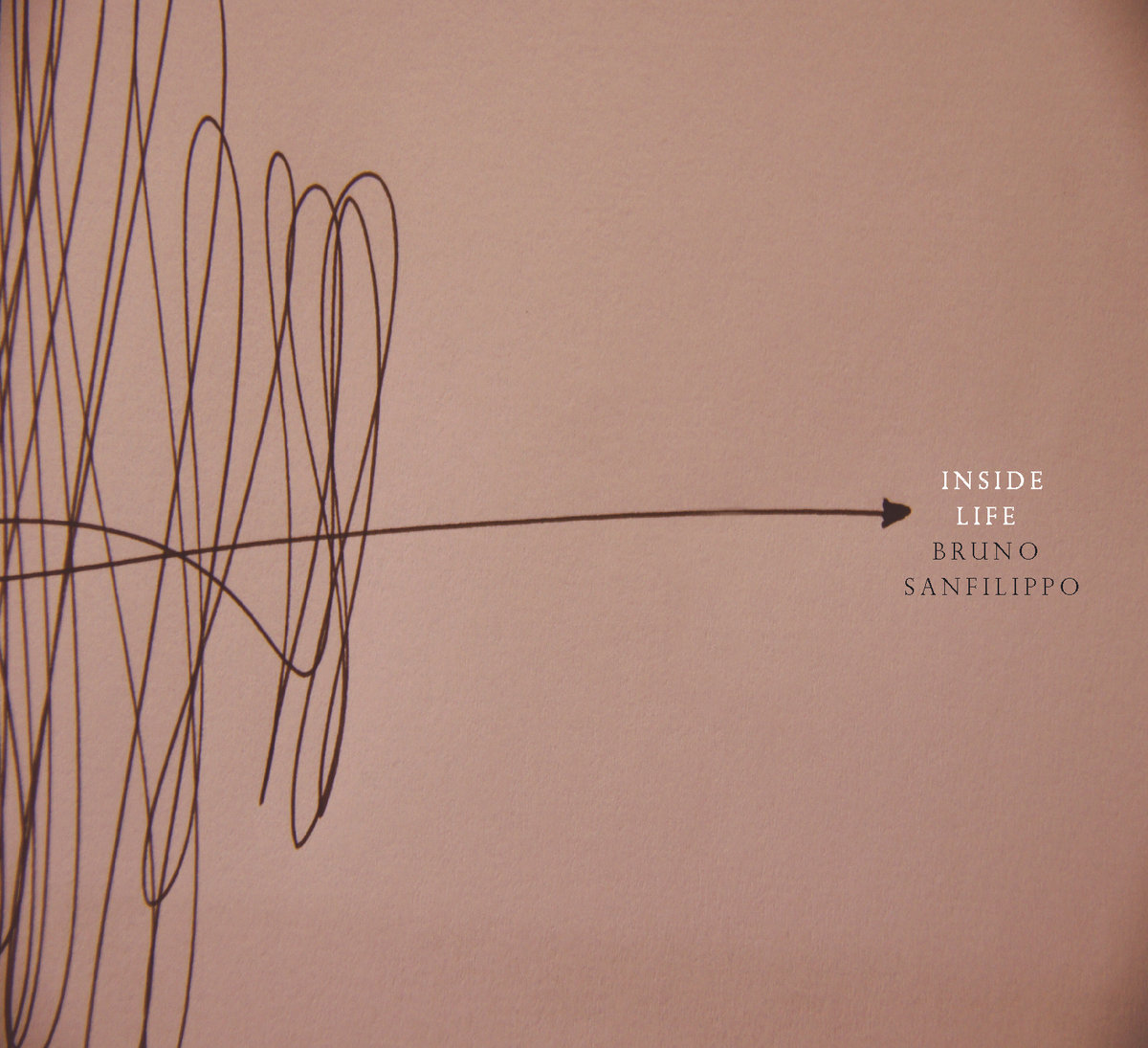 The latest full length studio album from Bruno Sanfilippo is entitled Inside Life, an apt one given its stark and deeply introspective nature.  For it, Sanfilippo recruited cellist Julián Kancepolski and the two work together in a stark, minimalist approach to create a pensive, sometimes bleak, exploration of introspective themes.

There is a haunted stillness to each of these pieces. It is an uneasy melancholy rather than a gentle one, distracted by agitated thoughts and concerns.  A gossamer sheen of electronics is spread like a veil over Sanfilippo’s austere, but impeccable piano and Kancepolski’s vibrant cello gives voice to the internal disquiet, nearly howling with torment at times.  This is most in evidence in tracks such as ‘Sudden Quietness’ and ‘Freezing Point’.

In addition, Sanfilippo incorporates vocals in fascinating ways as Mariel Aguilar lends her operatic voice ‘Camille’, a tribute to Saint-Saëns, and the title track in which we here the composer’s own voice floating in billowing waves of ambient drone along with Kancepolski’s cello lines. Of course, there are certainly moments of profound and serene beauty, most notably ‘A Door Opens Forever’ and ‘Tea Leaves at the Bottom of a Cup’.

Inside Life is cerebral and exquisite, yet unflinching in its examination of an unquiet mind, an album that will alternately challenge and delight the thoughtful listener.

Featured track: ‘Tea Leaves at the Bottom of a Cup’ 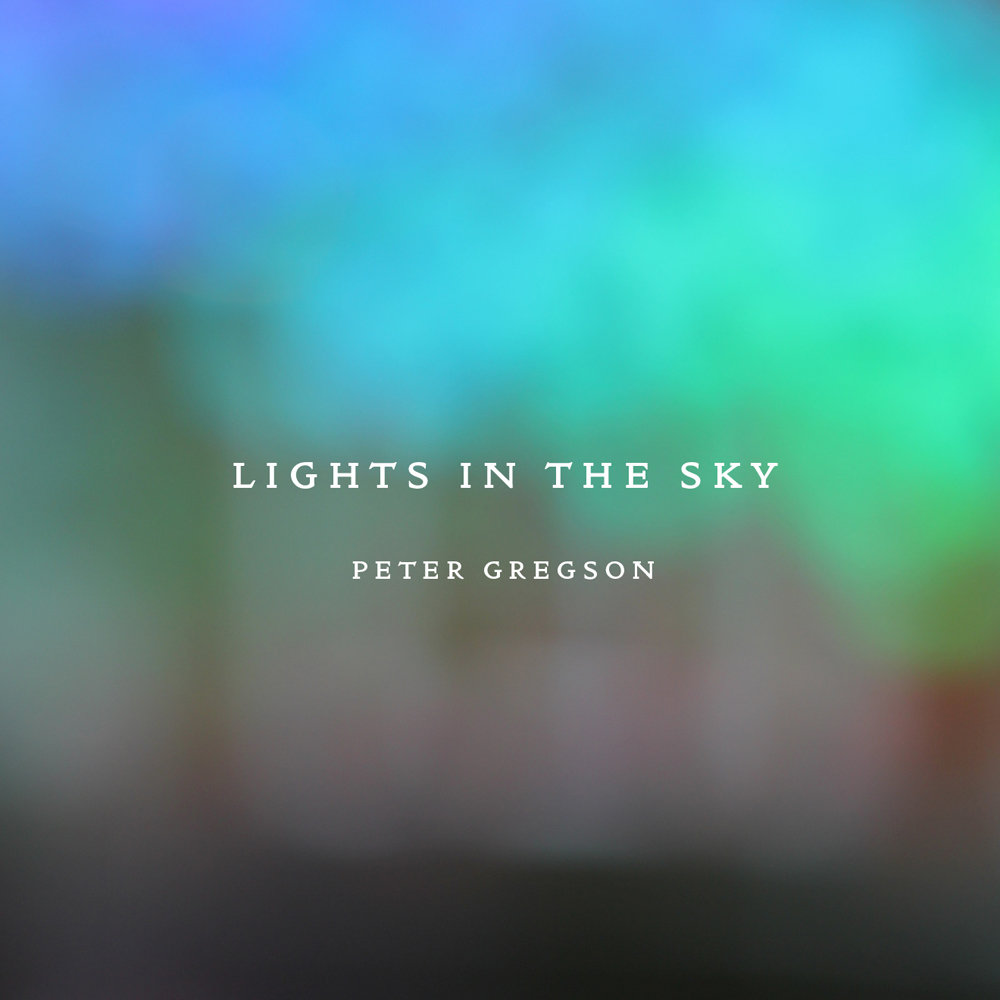 Lights in the Sky is cellist Peter Gregson’s second solo recording and first full length solo album, but the beauty and depth of quality should be no surprise coming from someone who has collaborated with such composers as Max Richter, Jóhann Jóhannsson, and Michael Price and who now has a major film score under his belt (A Little Chaos, directed by Alan Rickman)

It is described as an album of music for cello, piano, and minimoog. The cello is the heart and soul of the record, but the piano and minimoog add just the right amount of texture. ambiance, and depth to make this a rich offering of elegant modern classical with a distinctly cinematic flavor and wonderful pacing & variety. The tender moments are very affecting (‘First Breath’, ‘Falling’, ‘Still, Again’) but Gregson also creates fine atmospheric moments (‘Midnight, ‘Fiction’) and even splashes of drama (‘Clear’).

Lights in the Sky is one of those special albums that should be accessible to a very wide audience, but will still satisfy the discriminating modern classical listener. 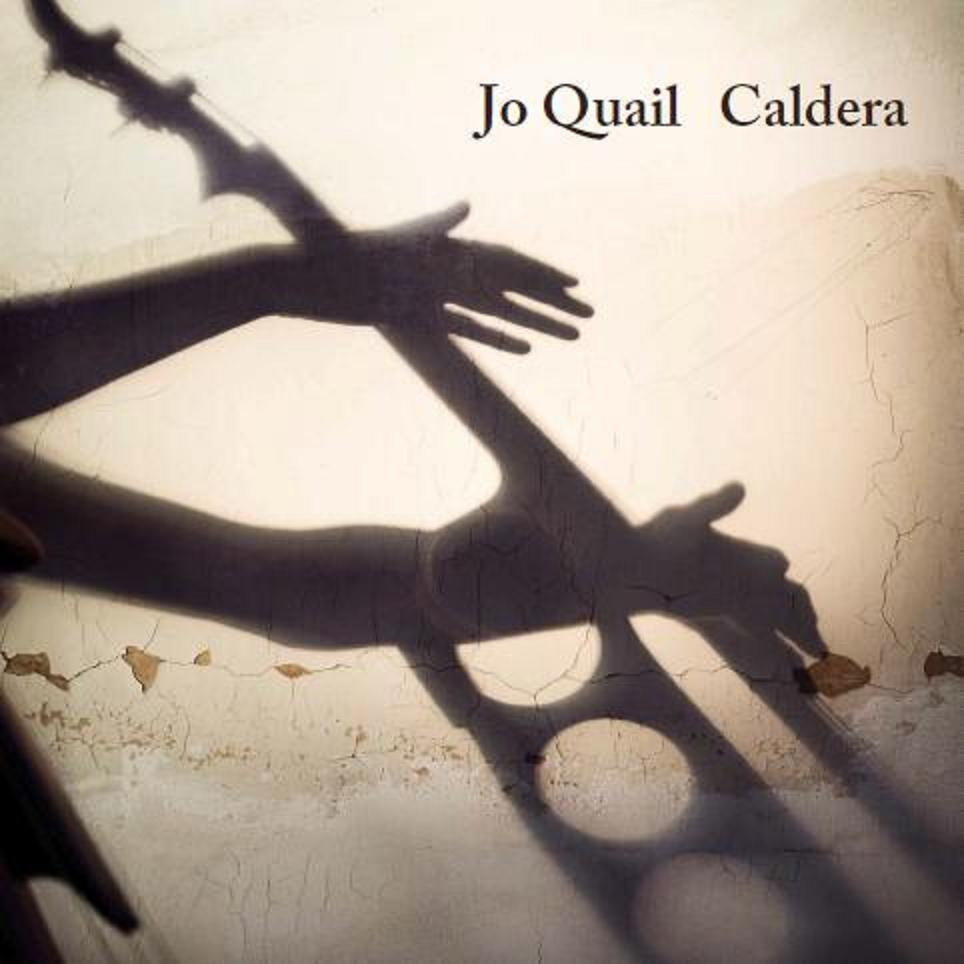 In 2010 cellist Jo Quail closed a chapter in her musical career, the band project Son Ver, and opened a new one as a solo artist with the release of From the Sea. After a quiet few years, she emerged in June 2014 with the beguiling Caldera and recently debuted a new long form piece called This Path With Grace.

The word caldera means cauldron, and that is the metaphor that Quail chose for this enigmatic and exotic collection of songs. As she says on the sleeve notes “The Cauldron is my metaphorical receptacle for all I see, hear, feel, imagine, experience, dream and forget”.  At times this cauldron is deep and calm like a placid sea, at others it boils and froths with heated energy. Quail uses both her acoustic and trademark starfish electric cello to blend modern classical, cinematic, and post-industrial styles and explore vast personal and emotional territory. She covers a spectrum from tender (‘Elia’s Song’, ‘South West Night’) to fiercely tempestuous  (‘Laurus’, ‘Adder Stone’) in between metaphorical journeys down mysterious pathways (‘The Hidden Forest’, ‘Volcano’).

A fine complement to Caldera is a new composition just debuted by Quail called ‘This Path With Grace’ and which is now available for streaming & download. Nearly 20 minutes in length, she has said she considers the piece inspired by the videography of Michael Fletcher to be her most testing and ambitious piece so far.

“Much of Michael’s imagery fed directly through in to my writing, including scenes of derelict churches, glacial waters, and wide windswept lands. In particular I tried to paint these scenes with sounds I specifically created on my electric cello, making equal use of effects and extended cello techniques, and this is supported by the rich strident warmth of the more regular acoustic cello sound,and the ethereal beauty of the Green Army Choir”.

These two recordings are true musical journeys for the adventurous of ear and mind.

Order This Path With Grace: https://joquail.bandcamp.com/track/this-path-with-grace

Featured track: ‘This Path With Grace’ 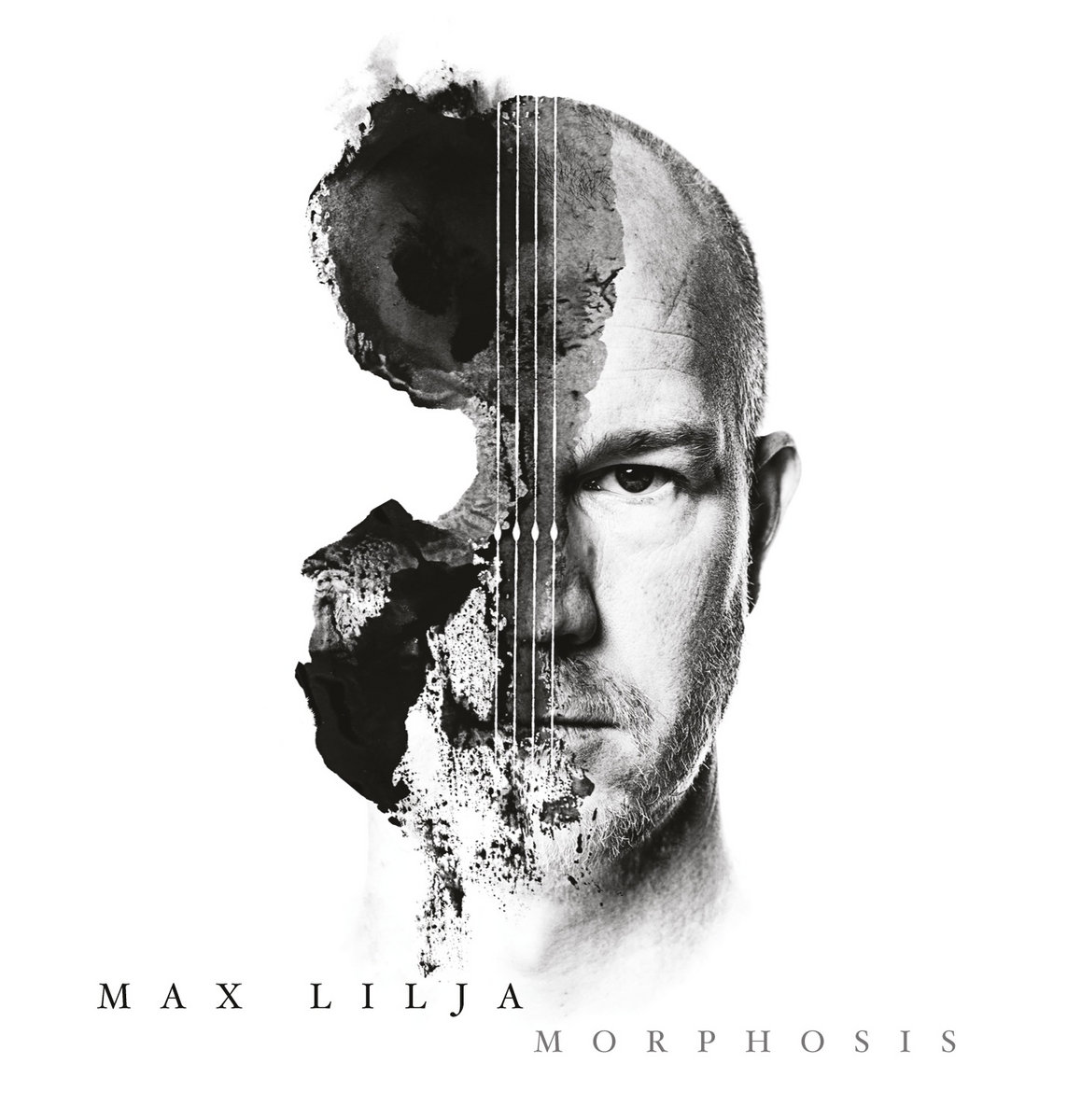 After co-founding the “cello metal” band Apocalyptica and then leaving it in 2001, Max Lilja has a number of stops on musical career path in the Finnish music scene and now he adds a new milestone with his second solo record Morphosis on the Fluttery label. The title is a prescient one.  According to the press release, the tunes “wrote themselves” during jamming sessions and Lilja has shaped them into a varied but cohesive record using a variety of approaches, tunings, and techniques.

“When I record I’m balancing in between the possibilities of the instrument added with the electronics and the challenges of doing it all on cello.” says Lilja “Some of the lines require a very classical approach and in others I need to completely reform the original cello sound. I really enjoy going deep into the sonic possibilities, tweeking the knobs of analog effect devices and finding the perfect sounds for all the parts of the arrangements.”

‘Revelation’, the opening track, lays down a marker with a its dystopian, growling bass line and sharp cutting edge.  The industrial sound is perhaps most predominant on the album and features in tracks like ‘Machinery’, and ‘Tench’,  but we hear references to rock, trip hop, and electronica throughout. And Lilja does not neglect modern classical beauty, which he offers in ‘Silent Highway’, or widescreen cinematic power which we find in the subdued but kinetic title track.

Morphosis is an album that fans of industrial and post rock music might particularly enjoy and it achieves Lilja’s apparent goal of wanting to stretch the boundaries of cello music as well as how the instrument is perceived.

Deep Resonance is a new mix that features cello music along with a little bit of the similarly resonant sounds of bowed guitar.  A track from each of the albums reviewed here is included along with a few other favorites from recent releases including artists such as Julia Kent and Aaron Martin whose work could not go without mention in this post.