Not long ago I read The Samurai’s Garden by Gail Tsukiyama. Describing the titular character’s domain, the narrator says “Matsu’s garden whispers at you, never shouts; it leads you down a path hoping for more, as if everything is seen, yet hidden. There’s a quiet beauty here I only hope I can capture on canvas”. These four albums capture a similar aesthetic, each an introspective journey that emphasize stillness over structure, quiet inner landscapes that provide respite and renewal.

Tokyo based musician Chihei Hatakeyama makes a debut on Lawrence English’s Room40 label with Moon Light Reflecting Over Mountains where it described as “drawing broadly from aesthetic references, that traverse music of the past 30 years, he seamlessly melts glacial ambient drifts with richly harmonic guitar strata that echo the gliding motions of My Bloody Valentine, Ride and Cocteau Twins.”

Indeed, it is a masterful display in the art of creating atmosphere with the guitar as he conjures majestic and resplendent tones from the instrument and harnesses them into patient brush strokes drawn across a spacious canvas of drones to create impressionistic pictures in sound.

‘Prince of the Sea’ captures the sensation of floating in deep water with shimmering sunlight dancing on the ocean floor.  The decaying looped surf guitar sounds in ‘Journey to the Imaginary Paradise’ contrive a place of lush seclusion and ‘Phantom Voice’ mesmerizes with oscillating, distorted guitar lines densely wrapped in translucent gauze.  Other pieces such as ‘Broken Mirror’ and ‘Mausoleum’ are more stark and rough hewn and Hatakeyama uses a variety of urban sounds to keep the listener grounded in reality as at the end of ‘A Bronze Pike’ and ‘End of the Night’.

Moon Light Reflecting Over Mountains  is a captivating record, a sonic garden of well arranged sounds that invites us to linger and rejuvenate and a must listen for those appreciate ambient guitar. The album is available from Room40 in both digital and CD formats:

‘Prince of the Sea’ 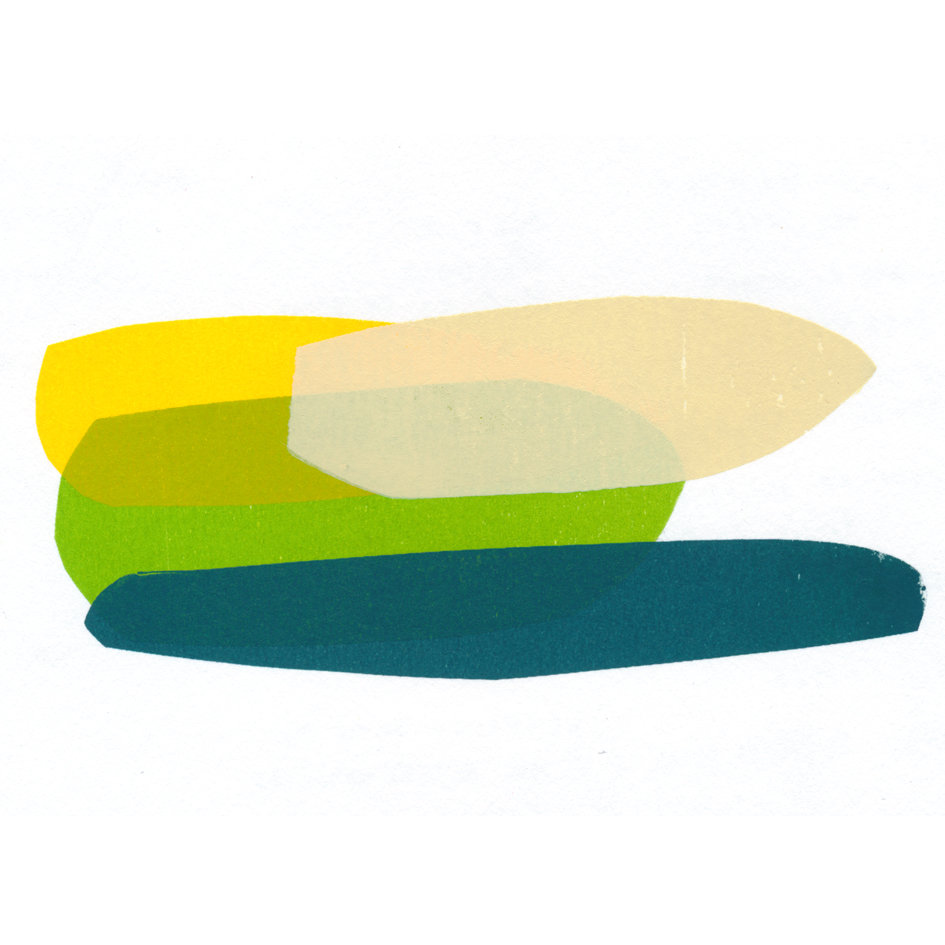 Sokkyō is a moniker for the  Barcelona based duo of Heine Christensen (aka Ghost and Tape) and Ciro Berenguer who have released their debut collaboration Long Forgotten Memories on the Dauw label.

On this project Berenguer veers from his forays into more rhythmic genres (folk, jazz, blues, etc.) and meets Chrstensen more than halfway, serving up an offering of  improvised, unstructured electroacoustic ambient sounds. In fact, the concept of improvisation is embedded in the name itself as the artists tell us that sokkyō is a Japanese word that means “playing music without planning’.

“The songs on this album are all recorded live improvisations. Sounds, melodies and textures were all captured in the moment with both musicians performing together in the studio. Slight processing occurred after the recordings but the songs truly represent the moments in which they were created. Taking the shapes of small sonic stories, the improvisations were inspired by field recordings by Ciro representing both personal and geographically important places”.

The album ends up as a montage of shimmering, delicate, and peaceful sounds – plucked guitar strings, rushing wind,  distant voices,  chimes,  soft loops and drones – all harmoniously intertwined.  Like Matsu’s garden, the beauty is hidden in plain sight.  The nuances become more apparent when the listener slows down and embraces the stillness.   Tracks such as ‘Meadow’,  ‘Adrift’, ‘Las Persedias’, and ‘Indian Summer’ are particularly beautiful.

Long Forgotten Memories is currently available from Dauw as a digital download (the limited edition cassette is sold out at this writing, but a limited edition CD offering is expected soon). 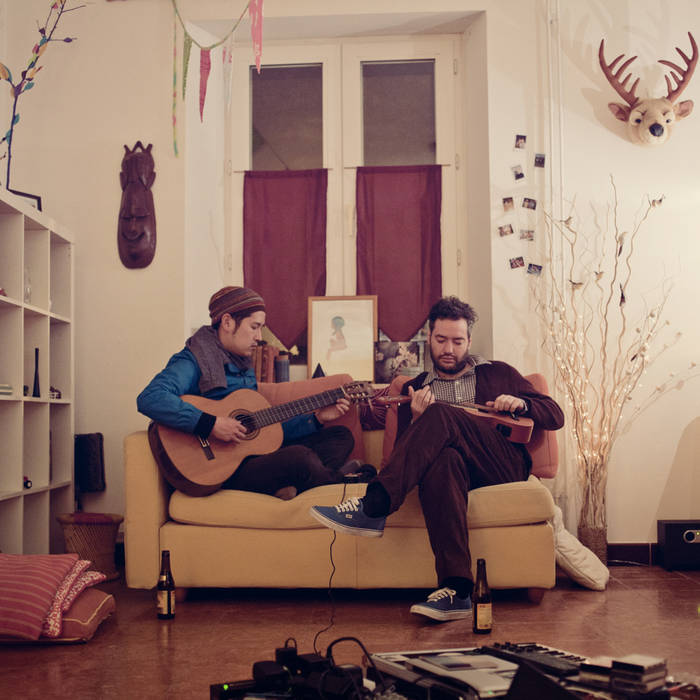 Melodía is the name chosen by Tomoyoshi  Date (also of Opitope and Illuha) and Federico Durand for their electroacoustic collaborations   Interestingly, the artists share South American roots – Date was born in Brazil and Durand is from Argentina – but their partnership was forged while touring in Europe and and cemented in Japan where they recorded Saudades in 2013.  Their second album together, Diaro de viaje is not a studio record per se, but rather a musical travelogue:

‘After the success of the Melodía debut, as well as Federico’s growing popularity in Japan in particular with the now classic Home Normal release ‘El Libro De Los Árboles Mágicos’, Tomo invited Fede to tour Japan. The result of recordings in hotel rooms, friend’s houses, fields, and various other places, is the perfectly titled ‘Diario de viaje’ (literally translated as ‘travel diary’).  Taken from their recordings in both Europe and Japan, the album perfectly embodies the tender, organic nature of their work, as they carefully layer the most fragile of sounds”

Both albums embody the same delicate quietude, but by its nature Diaro de viaje is more sparse and direct. The echoes of plucked strings, a creaking door, chirping birds, or a sharply drawn breath simply become part of the music and give the record a warmth and immediacy.  Add to that a playful spirit of improvisation and a willingness to explore all the sonic possibilities of their instruments and intimate environments and the album is nothing short of endearing and captivating.

Diaro de viaje is available from Home Normal in a variety of digital formats as well as a beautiful 4 panel limited edition CD package with numerous candid photos. 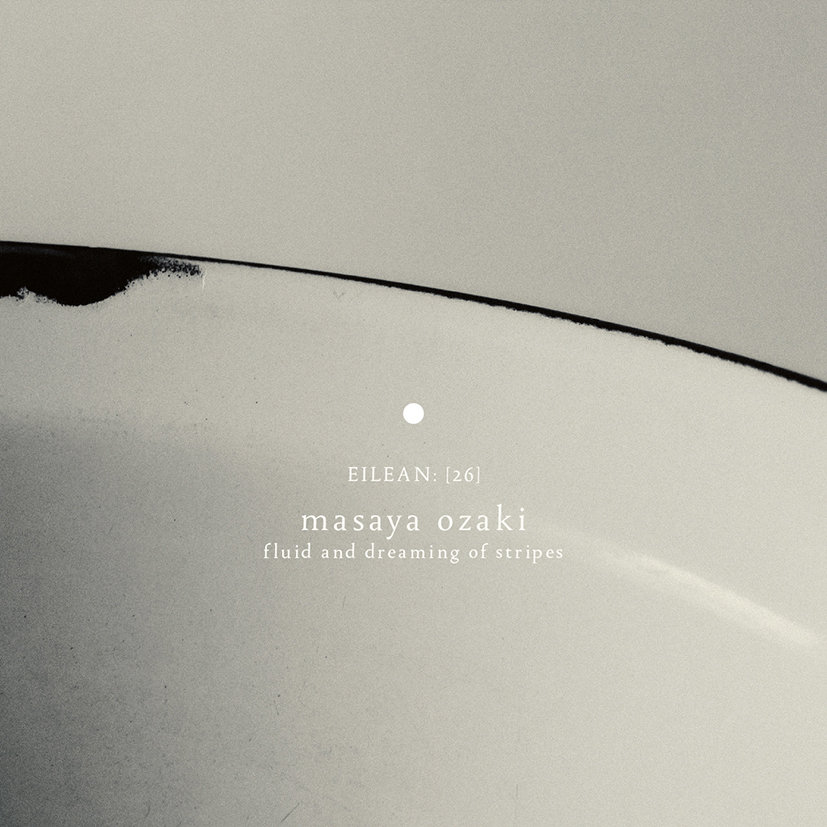 Masaya Ozaki is a composer and multi-instrumentalist born in Niigata, Japan and currently based in Brooklyn, New York. Having created many pieces for film and tv and self-produced EP, he released his full-length debut album Fluid and Dreaming of Stripes on Eilean Records in February of this year.

About his music, Ozaki says, “I am interested in small moments, the subtleties of change, and using music to capture the essence of the fleeting moment” and this album embodies that aesthetic completely.  To say it embraces a sense of stillness might even be an understatement.  Fluid and Dreaming of Stripes is a very patient record.

It is perhaps at its most beautiful when a sense of melody emerges on tracks like ‘Uprooted Space’, ‘Echoes of the Distant Past’, and ‘Snowflakes on Fallen Leaves’.  Other tracks such as ‘Patina’, ‘Subtlety in Reverie’, and the title track are so hushed and languid, they feel as much like deep breaths as pieces of music. The unhurried pace demands that the listener slow down and quiet the mind with a deep sense of serenity and tranquility as a satisfying reward for the effort.  In this fast-paced, loud, hyper-connected world, albums such as this are gems to be appreciated.

Fluid and Dreaming of Stripes is currently available only as a digital download from Eilean Records. Unfortunately physical copies have sold out, as they typically do very soon after release on this label.