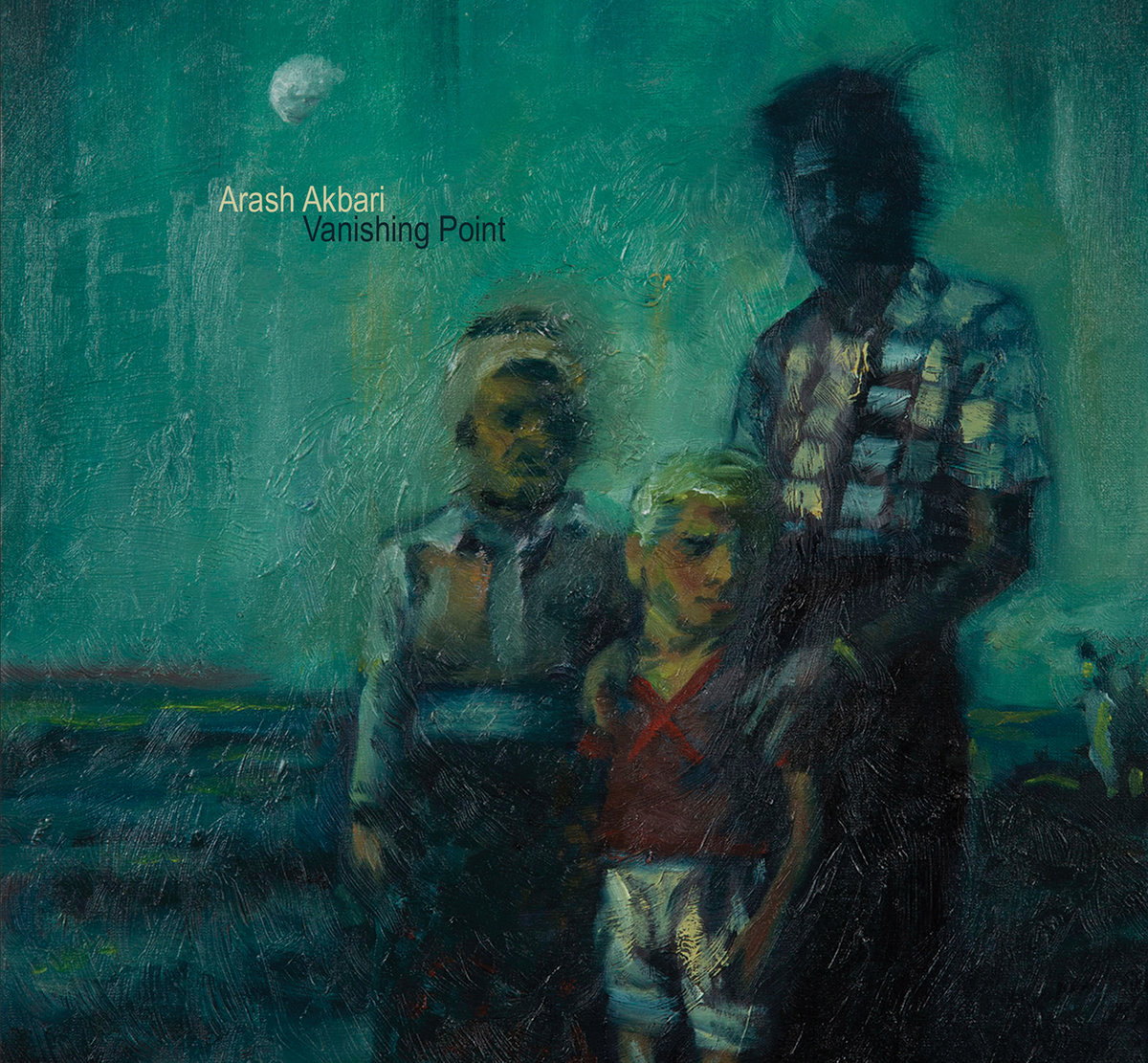 Vanishing Point  is the latest full length recording from one of the leading lights of the fertile electronic music scene based in Iran – musician, producer and new media artist Arash Akbari. It has been released by Flaming Pines, a label founded by sound artist Kate Carr based in Sydney, Australia.

Iran’s Arash Akbari’s Vanishing Point nestles into inbetween places, revelling in the indistinct, the delicate and the mysterious. Bringing together field recordings taken from northern Iran, guitar and electronics, this is a late night album, an album which soothes, a set of sounds to think to. This is an album which lingers in the margins of consciousness, it conjures images gently, caresses them and ever so slowly lets them fade from view. – Flaming Pines

“Indistinct, delicate, and mysterious”?  “Soothing and thought-provking”? Vanishing Point is all of those things. But the listener should prepare for a powerful emotional impact as well. The first clue to this is the palpable melancholia conveyed in the impressionistic family portrait on the albums cover. Read through the song titles and ones sees a rough outline of what appears to be an arc of loss, grief, and the beginnings of recovery.

Akbari skilfully shapes his sounds around this narrative framework and compelling themes to create an astonishingly well-crafted and deeply human record. ‘Vanishing Point’ and ‘Saudade’ convey the sense of loss of emptiness with touching effectiveness. ‘Through the Endless Glade’ ushers in the most bleak and difficult passage leading to ‘Constant Blankness; a song in three parts which unflinchingly emulates the rawness and isolation of grief.

Healing waves then come with the stunningly beautiful ‘Rays From a Dead Star’ which is followed by a trilogy of warm memory-evoking tracks that close out the album – ‘You Were Real’, ‘A Mere Reflection of Momentary Fluctuation’, and ‘There’s Another Sky’. Akbari describes his music as exploring the genres of experimental, ambient, drone and noise “to create soulful textures and compositions”. On Vanishing Point he finds not just the soul in the machine, but also its aching heart and he makes it impossible to turn our ears away.

Vanishing Point is available from the Flaming Pines label in a gatefold handmade CD with artwork by Afshin Chizari limited to 100 copies as well as a variety of digital formats.

Listen to ‘Rays From a Dead Star’