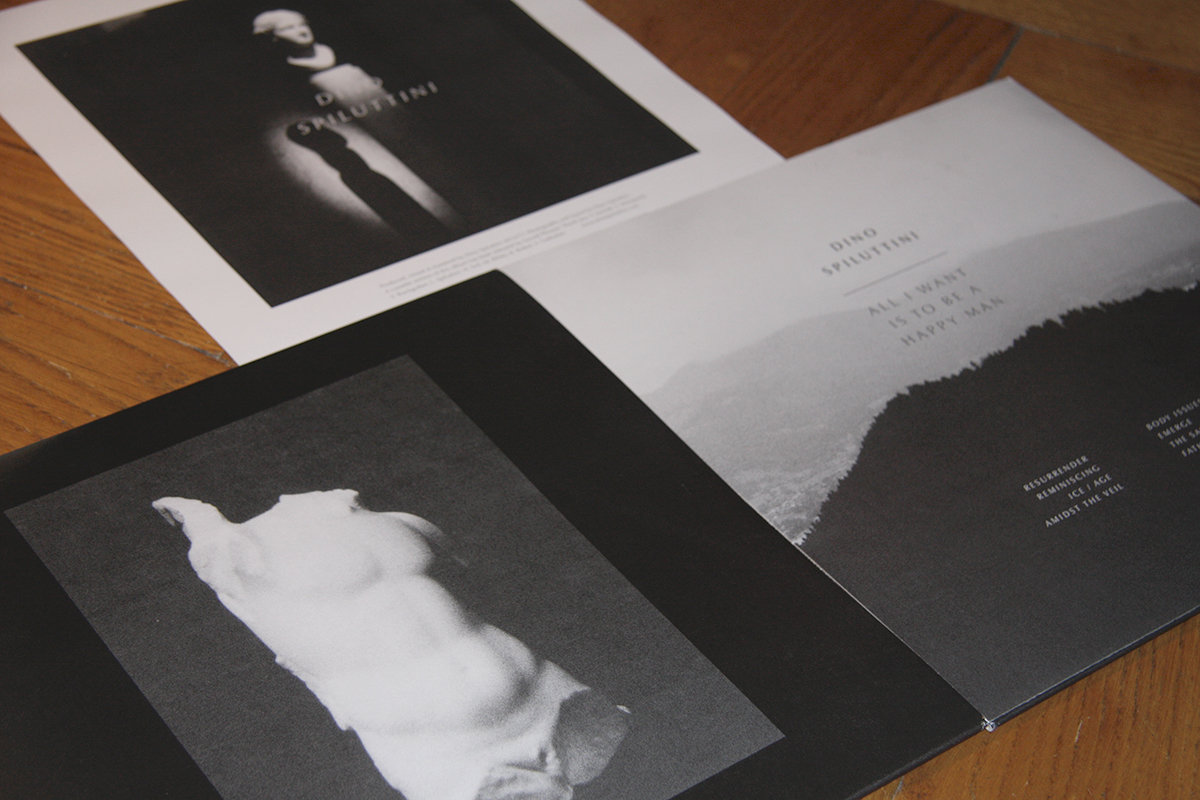 Based in Vienna, Austria Dino Spiluttini works on a wide variety projects from visual art to production & mastering and remixes as well as making his own music under an array of aliases and as a member of various bands. The emergence of full length albums under his own name will be especially interesting to fans of ambient & experimental electronic music and his captivating new release All I Want Is to Be a Happy Man would be a fine place to start.

The album was originally released on cassette by the Sacred Phases label and is now also available on vinyl through Spiluttini’s own Bandcamp site.  The label provides a synopsis of this suite of eight modern classical flavored drones that I would find hard to improve upon:

Tracks like “Resurrender” and “Reminiscing” revel in a symphonic blur of melancholic bliss, wallowing in a listless epiphany of sustained strings. “Ice / Age” and “Amidst The Veil” drift in cavernous piano chords for movements that are both gloriously stagnant and disarmingly poignant while “Body Issues” and “Emerge” retreat into darkness, shrouding themselves in a cloak of processed notes. “The Safest Place” restrains its virtues into open, negative space, leaving only “Father” to close the set in a slow motion glide of resolve and completion. – Sacred Phases

While recognizing those defining characteristics of the individual pieces, the album plays through very much like a single piece of music.  There is a unifying threnodial tone that belies the title and beguiles the ears. Synesthetes might see this album in muted shades of blue and gray with each track varying only slightly in hue, saturation, and texture. Like an impressionist paining, one can focus on the nuances of each dab and stroke of the brush or step back and enjoy the wholeness of the artist’s melancholic vision.

On All I Want Is to Be a Happy Man, Spiluttini takes us through deep personal reflections and dark passages as the music gropes for happiness and light through the gloom. Slowly, inexorably, it seems to at least reach a place of hopeful resolution and comfort making the journey more than worthwhile and marking one of the most absorbing drone albums released so far this year.