Following a week of concentrating on ambient & drone releases, this travelogue casts a spotlight on recent, upcoming, and archival material from Celer, the ambient music project of Will Long, an American musician, educator, writer and photographer, living in Japan, who also curates the Two Acorns label.  This coincides with a quiet explosion of material on his Bandcamp page which is now a must visit for any ambient music enthusiast. 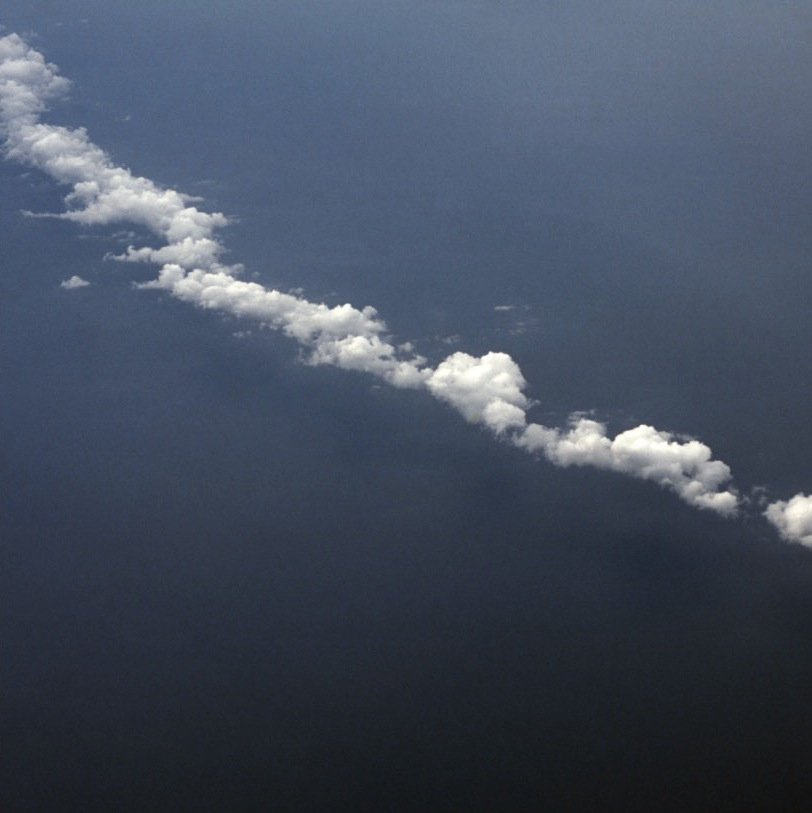 Jima is  Celer’s first full length follow up to the outstanding Sky Limits (see below), an exceptionally tranquil and reflective journey in two contrasting, but complimentary movements, each of which is meant to occupy a side of a vinyl release.

The album contains two pieces, each occupying an entire LP side, on one side plunging into the depths of the conscience, and the contrasting flip side a blissful crescendo. It stands as a jewel in the prolific career of Celer, showcasing an artist at the height of his craft. Meticulously assembled and packaged at the highest quality possible by both artist and label, it is presented as a meditation on existence and melancholy. – I, Absentee press

On ‘Distant Misgivings’ (side 1), a weightless melody line hangs in the air above gentle waves of gossamer drones that lap against the shores of the mind prompting thoughtful reflection. On ‘The Potential of the Unncessary’ (side 2), ethereal oscillating drones softly explode into our ears, intertwining and rising slowly skyward as they distend into vaporous blooms. It is an exquisite balance of stillness and expansiveness. Jima is a blissful excursion through inner space that provides respite and beauty – one simply does not it ever to end.

Listen to an excerpt from ‘Distant Misgivings’

Jima is currently available from I, Absentee in two vinyl editions, clear blue or milky clear, as well as MP3 and FLAC digital download.

How could you believe me when I said I loved you …

Hot off the presses so to speak is Celer’s June 2015 release with the loquacious title How could you believe me when I said I loved you when you know I’ve been a liar all my life. The album’s sonic roots are in a trip Long took with his 80 year old uncle through parts of the American southwest. Several years afterwards he put together a collection of tracks made with an electric piano and flute which he then developed with a unique process & perspective.

Two tracks were copied onto two sun-baked cassette tapes I had found on the dashboard of a car, and the other two from a warped 12″ test pressing. Revisiting these pieces after living in Japan for several years, they instantly reminded me of the trip, and what I left behind in the United States. The tapes fluttered and stuck, drenched in hiss and grime. The record skipped, wavered, and dropped in and out. Yet with these imperfections, it completely reflected my memory of the places, and what they represented. There are sides to everything, whether it causes you to change or not. – Celer

Listen to an excerpt from ‘Bleeds and Swell Blends’

At this writing the cassette edition of this album is sold out, but it is still available for pre-order on vinyl, CD, and digital and can also be ordered via the wonderful White Paddy Mountain label run by Chihei Hatakeyama.

This release, due out in July 2015 via Irrational Arts is a compilation comprised of tracks from a trilogy of 7″ collaborative EPs by Celer and Machinefabriek (Rutger Zuydervelt) which were remotely developed by the artists after they met in Tokyo in 2010. After Zuydervelt returned to Rotterdam, the two began to exchange audio files until they were ready to release the series which they did over a six month period in 2012 – Maastunnel/Mt. Mitake in February, Numa/Penarie in May, and Hei/Sou in August. Each featured artwork collaged from old Japanese postcards further giving them a sense of place.

Under the title Compendium, the collection is rounded out with a brand new piece called ‘In/Out’ and remixes of some of the pieces by Stephan Mathieu, Nicolas Bernier and Sylvain Chauveau making it a very appealing package, especially for those who may have missed the originals.

Reissues, Past Gems, and Archives

Originally released in 2013 on cassette by Chemical Tapes, Vain Shapes and Intricate Parapets has been remastered and is now being reissued by Japanese label Purre Goohn on CD and digital. The mere thought of these two masters of thoughtful, serene, and spacious ambient music joining forces is tantalizing and, as expected, it is nearly 40 minutes of pure bliss not to be missed.

Listen to an album preview

Sky Limits was one of Stationary Travels selections for best drone/soundscape albums of 2014. Though previously covered (see our review here), it deserves mention again in this context as it belongs in any list of Celer’s finest work – a beautifully meditative journey through the daily life and urban landscapes of Japan .

“Hill towns and empty mountains pass by, but the smoothness of the train blurs the view, and it’s easier than ever to fall asleep in the low morning sunlight coming in through the train’s windows. We’re sleeping, or staring out at the cities and landscapes; it’s easy to imagine the sound, and connect it with these events. There’s a contrast and connection between this reality and imagination. They’re separate, but happening simultaneously. On a walk through the crowded streets of Kyoto, or a half-asleep morning, what was it like? Later, what do you remember? “ – Celer

Just shortly before this post was written, Long opened the lid on his archives of unreleased material from recent years and started sharing these treasures for us to savor, generously offering them on a pay-what-you-want basis. One of these is Cold Traps which was originally intended to be part of a festival installation as he explains:

A few summers ago it was really hot, and to take my mind off of it I started watching documentaries of Arctic expeditions, and reading diaries of people stationed alone gathering weather information in the ice worlds. Some of them talked about being attacked by polar bears, or watching the stars every night. I made these two tracks, to submit in the next spring to the Send + Receive festival for a in-room installation …
When spring came, the snow and cold from the winter a few months ago made me change my mind, and I never submitted the music. – Celer

Listen to an excerpt:

Hidden, for once (archival)

Hidden, for once appears to simply be a piece co-created with other released material that never made it on to an album and was forgotten for time.  It is a kindness by Long to have remembered and shared this lovely long form piece.

This was created sometime around the same time as Nichibotsu, and Weak Ends. It was supposed to be for a show on the same tour, but I never ended up using it, and forgot about it entirely. This is the full track, copied directly from the master tape. – Celer

Listen to an excerpt: