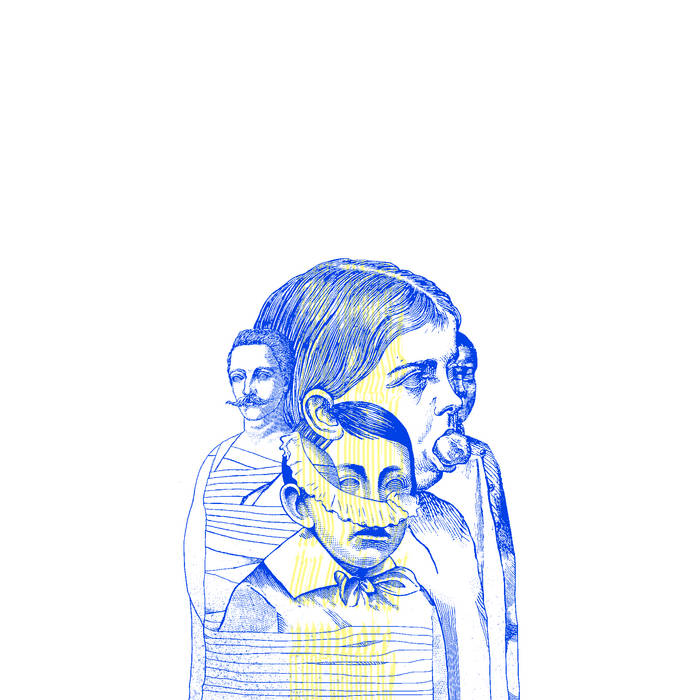 With such a strongly referential band name, it should be no surprise that Haarlem, Netherlands based All Shall Be Well is dedicated to telling stories with their music. (The name is taken from the phrase “All shall be well and all manner of things shall be well” originating with medieval English religious figure Julian of Norwich and quoted in T. S. Eliot’s poem Little Gidding).

“They build on themes, thresh out their melodies and look for unsuspected harmonies. Their music is highly associative; they liken their music to stories rather than songs. At live performances their image projections visualize their music, adding a deeper layer to their story” – Band bio

The band has also been consistent in their use of a color-based artistic motif as they followed up their 2012 ROODBLAUW (red/blue) in November 2014 with BLAUWGEEL (blue/yellow). Musically the albums are very compatible, with the sophomore effort firmly establishing their distinctive sound  – elegant, yearning melodies which they render in a in an airy, almost waltzing lilt punctuated by powerful crescendos. Each song flows in a prosaic manner, shifting moods as it follows the arc of the story complete with passages representing conflict and resolution, drama and reflection.

The track titles are evocative enough to suggest a direction for the listener, but ambiguous enough to not constrain the imagination. Play the album often enough, you may well experience the same song in a number of different ways. ‘For the Ones to Whom Neither the Past Nor the Future Belongs’,  which opens the album, as well as ‘I’m a Hunter, Not a Thief’ and ‘Everything Can Be Anything Else’ are especially beautiful while the explosive crescendos in ‘I Do Not Belong’ and ‘Some Speak of the Future, Others of the Past’ are both stirring and moving.

The closing track has a very specific backstory to it. ‘Storytellers (Buko)’ was the culmination of a contest held by the band.  The winning submission, ‘Buko’, is a short story based on a Philippine myth. Follow the link below for in in-depth explanation by the band of how they approached constructing the piece while weaving elements of Phillipine folk music into the narrative as well as an interview with the author and the text of the story. The realization of the concept comes together very nicely and yields an enchanting piece of music.

About the Storytellers project: http://www.allshallbewell.nl/category/storytellers/

The digital version of BLAUWGEEL is available on a pay what you want basis on the band’s Bandcamp page. There is no physical edition of the record at this time, but a 50 page hardcover art book has been produced as well as a set postcards each of which comes with a download code at time of purchase.