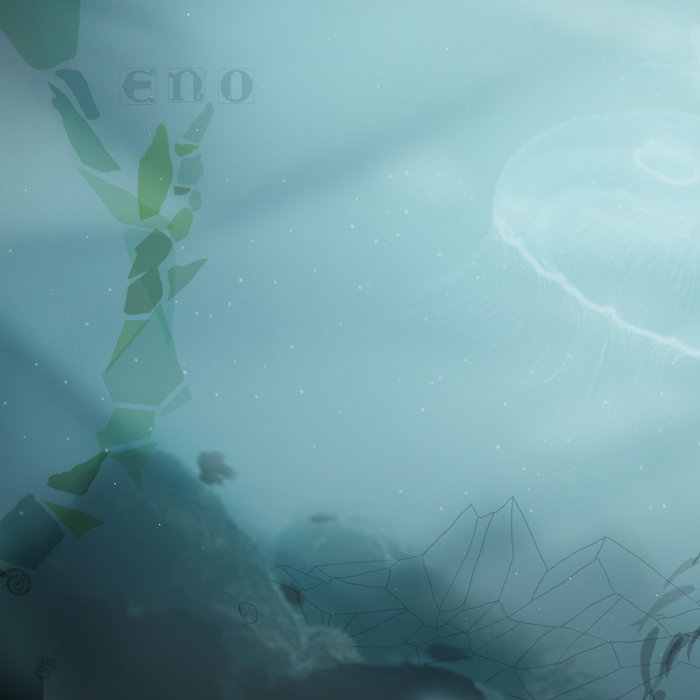 The letters ENO may immediately call to mind an iconic name in the minds of ambient music enthusiasts, but it also means “uncle” in Finnish ([ˈɛnɔ] ) and it is from that origin the Swiss post rock duo of Ivo münger and Christian Mikolasek have taken their name and it is that linguistic and cultural background that has inspired their third full length album, from the lower earth and ocean. Specifically, song titles and spoken text taken from the Finnish National Epos Kalevala, an epic poem from the 19th century.

The band takes a respectful approach to the music that is ambitious enough to capture the ear and the imagination, but takes care not to go beyond what the intimate duo format can support. There is a warmly evocative atmosphere surrounding most of the tracks. As the album opens with ‘night was king and reigned unbroken’, organs, gentle synths, clean guitars, and muted percussion combine to create a lyrical and inviting melody that immerses the listener in the narrative.

As the album proceeds, the descriptive song titles aid the music in weaving the tale, aided by both wordless vocals and spoken passages read aloud from an English translation of the text. ‘where a hundred islands cluster’, ‘how to still the angry waters’, and ‘moon of gold and sun of silver’ are particularly eloquent and well arranged.

from the lower earth and ocean sustains the mythical and magical mood throughout to create a mesmerizing and wondrous journey in sound, an ancient story told in music by a digital firelight that finds a perfect balance between a childlike sense of wonder and the epic scope of the poetic saga. The album is available both as a digital download and in a limited run of 2 12″ 180g vinyl discs through Ikarus Records.

Listen to ‘night was king and reigned unbroken’

Watch the official video for ‘northlands old and toothless wizard’