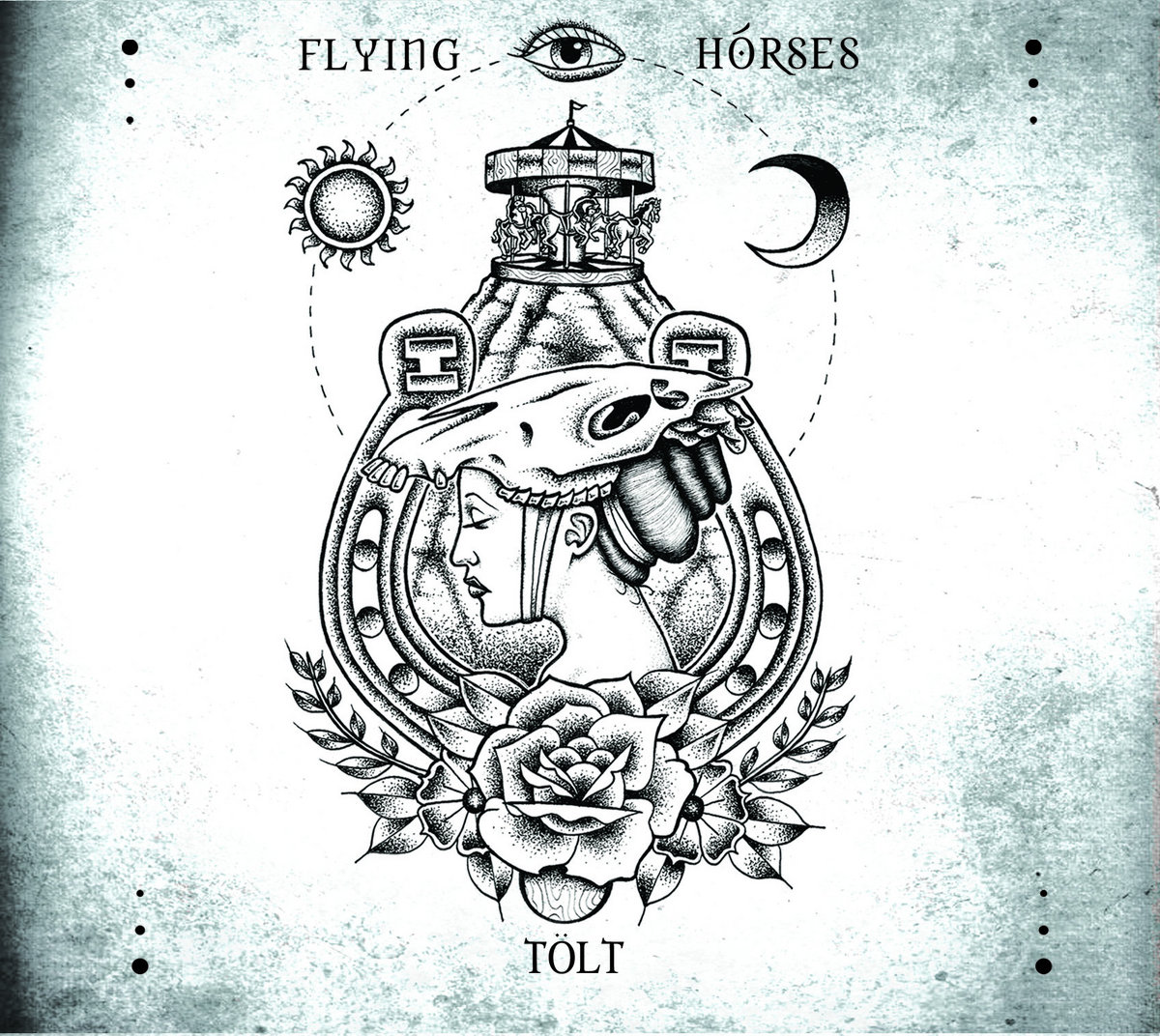 Flying Hórses is a Canadian modern classical duo consisting of Jade Bergeron on piano, wurlitzer, celesta, & music boxes and Raphael Weinroth-Browne on cello & electronics. Their debut album, Tölt, is lovingly referential to Iceland and was partially recorded on location there, but the objective was not to emulate the moody and melancholic soundscapes that association likely brings to mind. Their concept was to create a musical “journey through childhood memories of dusty dollhouses and wide eyed innocence”, a goal triumphantly  achieved by this enchanting record.

“Its entrancing narrative opens with childlike innocence and purity, moving through struggle, and finally darkness, before coming full circle. Tölt weaves together soaring melodies, hypnotic progressions, and lush atmospheres in an enthralling and totally unique set of compositions.”

Essentially, the album is comprised of seven fully developed songs interwoven with seven interludes ranging from thirty seconds to just shy of 3 minutes. Waltzing rhythms, bells, chimes, and music boxes spin the mood and drive the narrative while the cello voices a wide range of tones and emotions.  Delicate pieces such as “Amble”, “Carousel”, “Pace”, and the title track are particularly lovely. “Dollhouse” edges toward the ominous to introduce the darkest passage of the album which fully arrives in the intense dissonance of “Spiladosir” and the fierce distortion of “Attic”.  But the darkness is dispelled and the tension relieved thanks to the soaring and redemptive beauty of the final coda, “Oubliette” followed by the postlude “107” in which the music box makes it final wobbly revolutions to mark the end of the journey.

To create an immersive sonic wonderland that seems so rich and illuminated with just two musicians might seem like a daunting challenge, but Jade & Raphael handle it with aplomb, serving up thoughtful compositions and imaginative arrangements on a menagerie of instruments performed with a perfect balance between tenderness and conviction. Add the impeccable musicianship and richly resonant recording and it is enough to win over any listener.

Tölt was mixed by Nicolas Petrowsky (GY!BE, Esmerine) at Mixart Studios in Montreal, Canada and mastered by Birgir Jón Birgisson (Sigur Rós, Yann Tiersen, Amiina) at Sundlaugin Studio, Iceland. The recording will be available on CD and as a digital download on on August 15, 2015.

Listen to the title track from Tölt