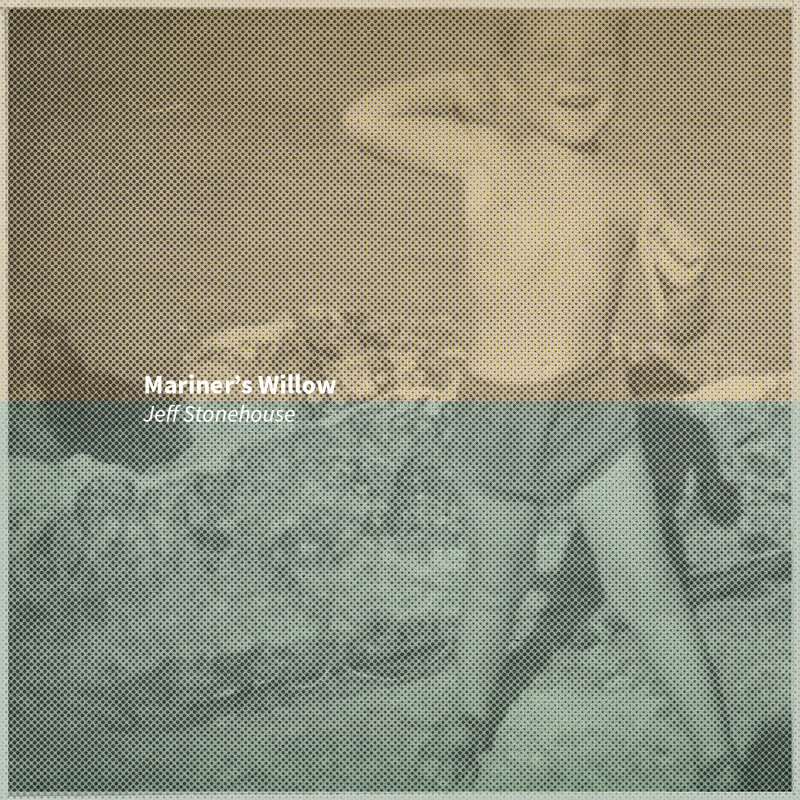 A life and a landscape remembered. That is what we find in the latest solo work from musician Jeff Stonehouse called Mariner’s Willow, a warm and pastoral ambient journey that comes a very personal place.

This piece is written in memory of my mum, who passed away earlier this year. She lived in a little village, nestled at the foot of the South Downs, and the nature sounds in the recording were taken on the evening of the last day that she spent at home…I tried to combine the piano with guitar sounds to try and give the impression of the ebb and flow of the sea, which played an important and very influential role in her life. If you listen very carefully, you might hear a beautiful voice drifting in and out on the breeze. It’s not supposed to be a sad piece, despite its inspiration, more a celebration of the things my mum loved the most. – Jeff Stonehouse

As the wind blows and the sea ebbs on the shores of memory, the rich fauna of the chalk hills manifests itself in a cacophony of distant bird calls, a sudden flutter of beating wings right beside us, or insects buzzing in our ears. The beautiful voice that Stonehouse refers to in his description belongs to his collaborator on the Snoqualmie Falls project, Alicia Merz (aka Birds of Passage). It appears in wispy, gossamer layers, almost indistinguishable from the rushing breeze, occasionally making its elusive presence felt in fleeting moments of graceful beauty only to be carried away on a current of air.

The bucolic sounds captured in the field recordings and the comforting repetition of the piano & guitar wrapped in airy, translucent drones are enough to enchant any listener, but as I was serendipitously reading Robert Macfarlane’s rich account of walking through this part of England, it enthralled me even more – not just because he speaks eloquently about the region itself, but because of the understanding he conveys of the inseparable connection between places and the lives lived upon them that is forged in the pathways through the landscape and through our memories, an understanding that seems to be very much captured in this recording.

“But there are also landscapes we bear with us in absentia, those places that live on in memory long after they have withdrawn in actuality, and such places – retreated to most often when we are most remote from them – are among the most important landscapes that we possess“. – from The Old Ways by Robert Macfarlane

A life and a landscape remembered – and now passed on to us as a gift in this wonderful piece of music lovingly crafted by Stonehouse.

Mariner’s Willow is available in a limited edition CD featuring a 4 panel card cover with artwork by Bruno Merz (100 copies).