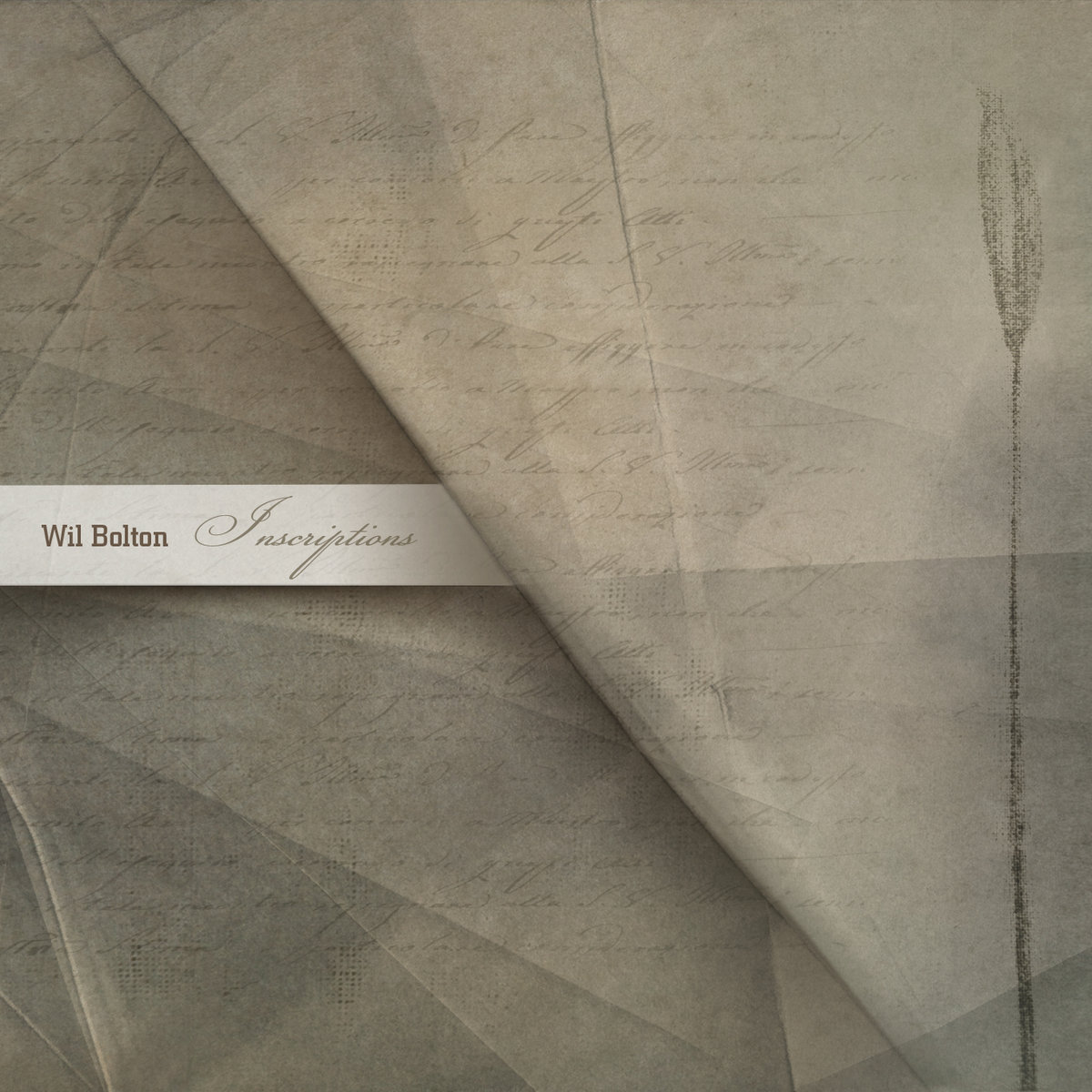 Wil Bolton certainly has a way of capturing the aura and stillness of a place in music. Self-described as “an artist who works predominantly in sound”, his pieces are very much like sonic portraits that harness light, color, and texture with such patience and attention to detail that the listener can almost see and touch them, even inhabit them. His latest full length record released on the Dronarivm label, Inscriptions, began with a collection of environmental sounds collected in Tallinn, Estonia during an artist residency there in 2011.

These field recordings focus in on the quiet, everyday sounds of streets, parks, a lake and a town square. I lived with these sounds for some time, before working on the album. In spring 2013, I began to record the instrumental sounds. I started working with loops I lifted from the quietest sections of old dusty charity shop records – the sounds of piano, strings and harp, half-buried in hiss and crackle. I re-pitched, stretched, edited and processed these loops with guitar pedals and laptop effects. Then over this bed of loops, I recorded layers of digitally treated instrumental parts, played on acoustic guitar, piano and analogue and digital synths.  – Wil Bolton

Like an artist painting a cityscape on canvas, Bolton also had to choose not just a location, but a perspective that would influence the colors and shadings which would frame the mood. For Inscriptions,  he wanted to convey “the melancholy romance of autumn, the reflection of leaves in the rippling surface of a lake, crumbling architectural facades, and faded ink scripts on parchment”.

We can imagine the slanted, golden light of autumn dancing on the calm surface of the water. We can feel the cool rush of wind channeled down a narrow street pushing out the last vestiges of summer’s warmth. We hear the music of brittle leaves skittering across the cobblestones. We can imagine standing in the shadows of ancient structures inhabited by stories told and untold.  We hear, see, and feel this place through the eyes of the artist. With Inscriptions, Wil Bolton gives us a place to linger, contemplate, and dream on an endless afternoon.

Other Recent Releases by Wil Bolton

Here is a quick look at two other recent releases by Wil Bolton. Not surprisingly, the physical editions of these outstanding albums are sold out, but high quality digital downloads are still available and are both highly recommended.  And if you keep an eye out, you will see Wil’s name pop up often in the ambient community in the way of remixes and album mastering.

I am still kicking myself for missing out on the physical edition of this Fluid Audio release which came in an artful, bespoke package that included vintage maps and photos from Scotland. The album, with a palindromic title that refers to the long grass that holds sand dunes together, was inspired by the windswept Scottish Highlands and was constructed from loops taken from vintage classical records, with parts sourced from classical guitar, glockenspiel, chime bars and analogue monosynth. It also features lovely performances on clarinet by Edward Farrow and violin by Christoph Berg (aka Field Rotation).

The blend of sonic artistry with rich modern classical elements is sublime and evocative. However much one might bemoan missing out on the tactile pleasure of the holding the maps, photos, and dried flowers, this music deserves to be heard in any way possible.

Released by Greek label Sounds in Silence at the end of last year, Whorl consists of five tracks of comprised of warm melodies and analogue drones constructed from acoustic manipulation of piano and subtle electronics. Unlike Bolton’s other recent releases, this one focuses on natural settings in a more abstract way, not referencing any specific place freeing the listener to marry their own visions to these pristine, bucolic sketches. For me, it plays out very much like a walk through the countryside which ends in a restful, but melancholic reverie upon the return home.