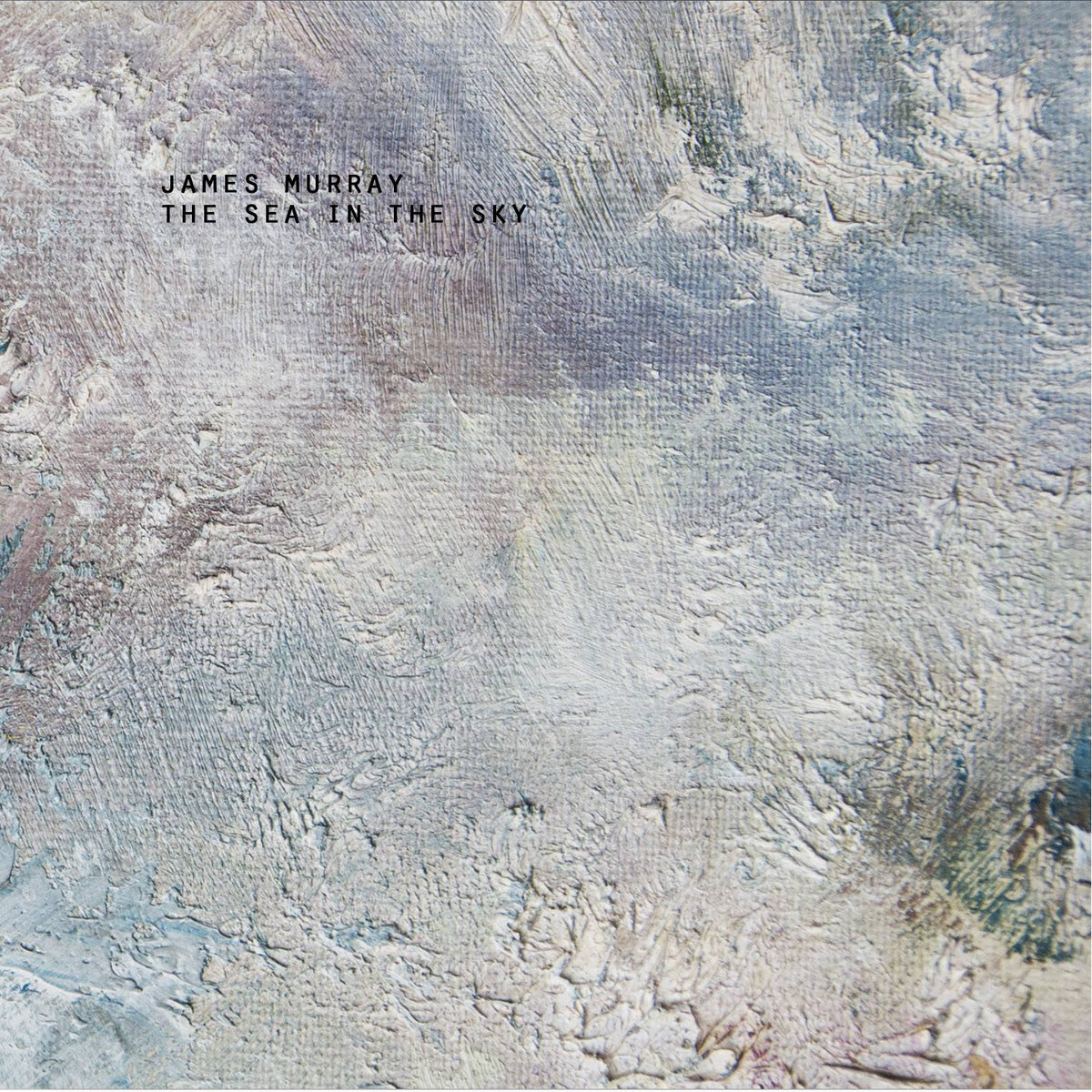 Strong  conceptual themes presented in the context of minimal ambient and electronic music are the penchant of self-taught British composer James Murray. Having released the deeply personal Loss on Eilean Rec. earlier this year, he turns outward and looks upward on his latest work, The Sea in the Sky  which is now available on Voxxov Records.

For his seventh album….James Murray takes to these whirling currents, vertiginous depths and irresistible tides. Dissolving guitar, bass, piano and electronics into continuous streams of granular sound he has created a strikingly original series of long-form meditations that condense, dissolve and recombine their elements, constantly drifting and shifting in form like the clouds themselves – Voxxov Records

Murray’s musical vision of the sky is not a halcyon picture expressed in wisps, wafts, and billows, but the sky is not really a halcyon place is it?  It is a realm of fast flowing jet streams, rising thermal columns, turbulent currents, electrical charges, and dense cloud structures. With these five tracks, Murray takes us into the heart of it all and presents a perspective that is perhaps similar to how a sailor would view the sea – any sense of awe and appreciation is tempered by respect for its immensity and power.

We hear the crackle & hum of the charged atmosphere, sense changes in density and moisture, get jostled by surges in air flow, and can almost feel the ponderous movement of massive cumulonimbus edifices like mountains shifting on grinding tectonic plates. There is an undeniable emotional undercurrent to The Sea in the Sky, but it also captures the complex dynamics and imposing forces that inhabit the atmospheric ocean. It is a magnificent ambient journey.

The Sea in the Sky was mastered by Vincent Villuis (Ultimae Records, AES Dana) and features stunning and highly complementary album art by abstract painter David John Hilditch It can be ordered on CD and digital directly from Voxxov.

Listen to ‘The Sea in the Sky’