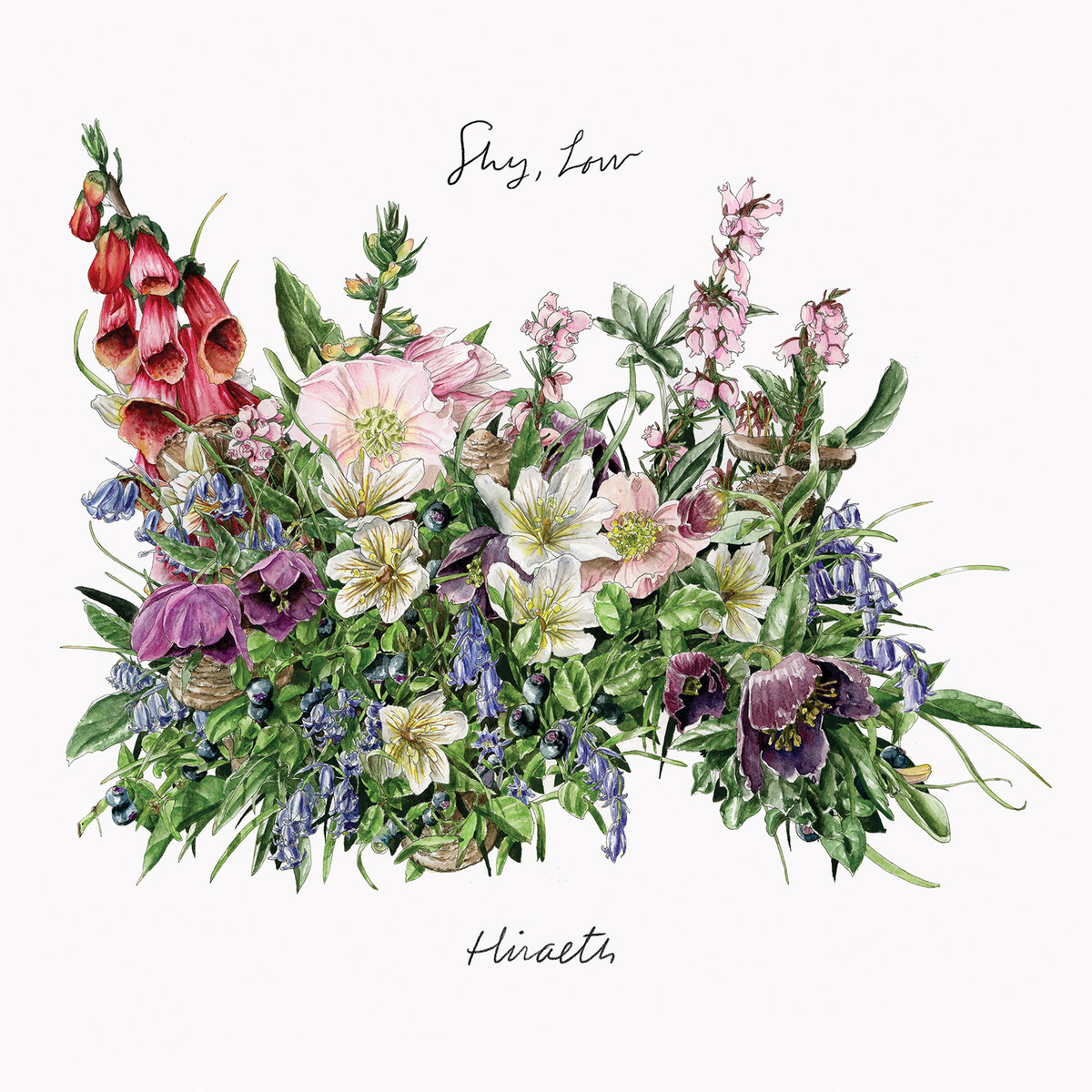 After three years, an eponymous debut record, and an EP (Binary Opposition) of sprawling and occasionally post metal leaning instrumentals, Richmond VA based Shy, Low chose a different trajectory for their latest opus and in so doing have produced one of the most emotional and unabashedly beautiful post rock records I have heard in quite a while. The direction as well as the title of the album all began with the song that ended up as the closing track.

Hiraeth: a word without a concrete English translation. While evading an unequivocal definition, it exudes melancholy. Those who have attempted to define it describe the word as a mixture of homesickness, nostalgia, grief, and longing…The first song written for the record was the closing track, “Times Gone By.” It left each member of the band feeling strangely nostalgic, invoking a sense of happiness for past pleasures that was accompanied by an underlying sadness for the inability to relive those experiences. And so it set the tone for the rest of the album.

As good a choice as it was to end the album with ‘Times Gone By’, opening it with ‘Nostos’ might prove an even better one. Embroidered with rich ambient textures and boasting melodic hooks galore, it alternately shimmers and soars as it builds toward a positively anthemic ending without ever losing the underpinning of longing and melancholy.

The glowering bass line and explosive passages of the more somber ‘Saudade’ perhaps come closest to matching the sound of their previous records and serve to remind that the band has plenty of gravitas and raw power to call upon where needed.  But even here, there is room for delicate interplay of the guitars and redemptive beauty to shine. ‘Anomic’ on the other hand starts off as a tender waltz that slowly winds its way toward a grandiose crescendo and features some quite inventive and versatile guitar work in between. The ambient title track and ‘Algos’ pair up to make the most effusive and beautiful part of the record, the latter featuring some lovely work on the violin by guest musician Jessika Blanks.

While the aching melodies, earnest delivery, and elegant arrangements are the fundamental elements make Hiraeth such a strong record, it is the nuances that make it an exceptional one. The band’s willingness to leave open spaces, organic approach, and mastery of dynamics means the album never jeopardizes the promise of its immersive emotional experience with jarring or overblown passages. The tone and balance feel just right from start to finish. Rather than burn hot and burn out, Hiraeth is a steady long player that just seems to get better with every spin.

The album features exquisite cover by art by Hallie Rose Taylor and is being released on vinyl by Spartan Records in four stunning color editions (Hallie Rose, Foxglove, Bell Heather, and Snowdon Lily) as well as digital formats available via Bandcamp.