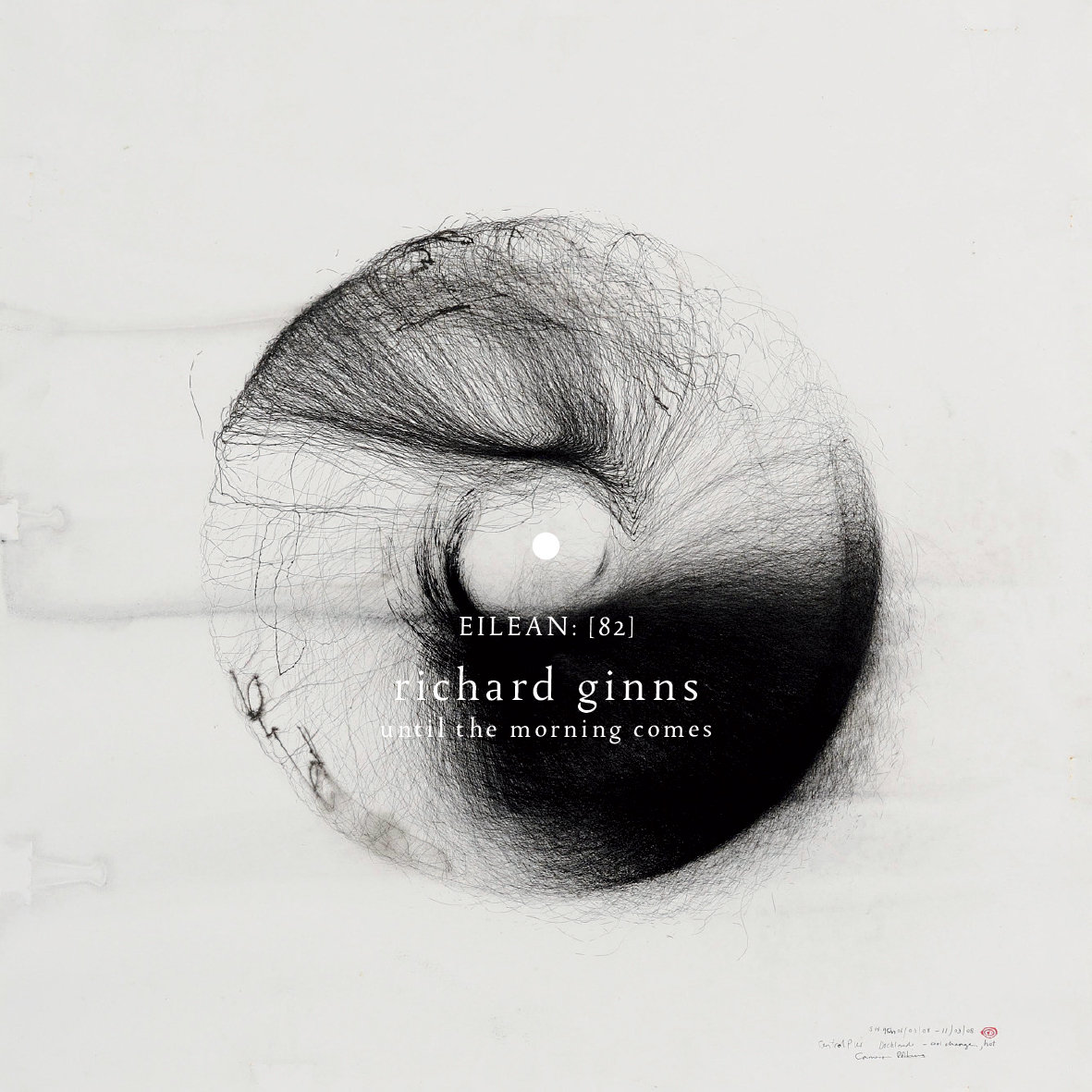 Manchester based musician & sound artist Richard Ginns was last featured here with his mid-2014 release Fall, Rise which was inspired by a harrowing experience with a blinding snowstorm encountered during a winter trip to the Alps. In keeping with the timing of its release, his latest, Until the Morning Comes, is a more autumnal excursion that exudes stillness and tranquility and finds a perfect home on the brilliantly eclectic Eilean Rec. label.

This is an album of true soundscapes woven together with tape loops (reel to reel tape and cassette), guitar (electric, classical & acoustic), music box, pedals, and other electronics, found-sounds and field recordings. Through the eight tracks that comprise the record, Ginns fabricates a complete oneiric world, a quiescence of empyrean tones and delicate textures as the titles eloquently imply – ‘Threads of Light and the Quiet Hum’, When Sun Rays and Frosty Mist’, ‘Blossom’, etc. Only during the closing track, ‘Cycles’, do the sounds of a man-made world begin to unobtrusively seep back into our consciousness. It is hard to overstate the sense of quietude and well-being that these carefully constructed pieces engender.

There are also some very fruitful collaborations here that only add to the appeal. ‘Dream Shore’ features sounds composed, arranged & modified by Masaya Ozaki who released his own album on the label earlier this year, the highly recommended Fluid and Dreaming of Stripes. The pristine mastering was provided by Fletcher McDermott, whose hand was also in the sublime Comet’s Coma by Aaron Martin and whose Variations on the Celesta, under the moniker of twincities was the label’s inaugural release. And, finally, the striking cover art is the work of Cameron Robbins, created over 90 hours with a wind driven installation / drawing machine.

Until the Morning Comes is released on a limited edition CD (150 copies). Eilean releases almost always sell out shortly after release, so don’t delay if you want to own one.