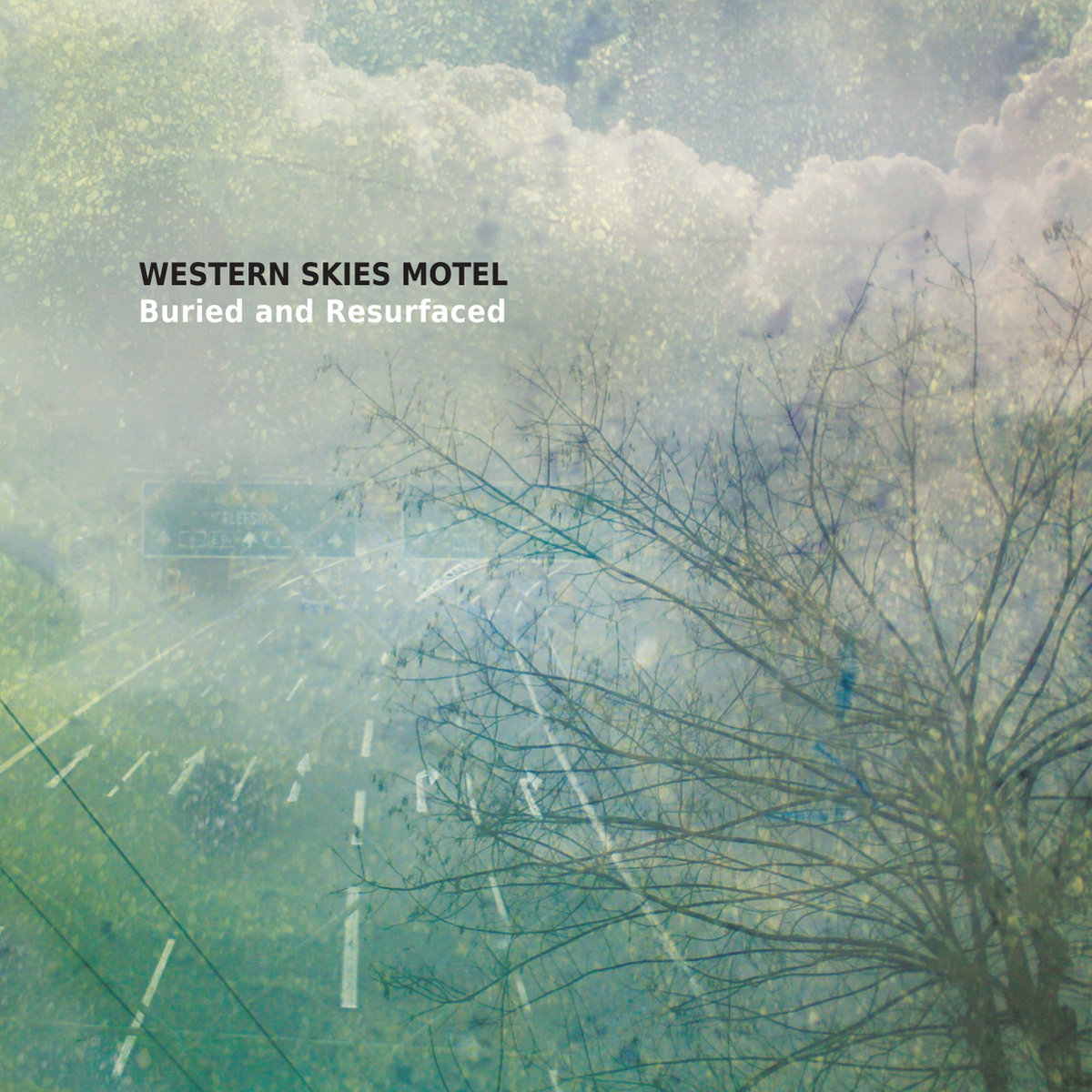 Invoking the breathtaking and mysterious expanse of western skies in name is easy enough to do. Creating music diverse and powerful enough to live up to it is another thing entirely, but with the two full length Western Skies Motel records he has delivered this year, Danish musician René Gonzalez Schelbeck has shown he is up to the task. Prism, released earlier this year on Preserved Sound, is a pristine sunlit journey, a dance of light on the acoustic guitar suited to morning meditations under a placid cerulean sky (see the ST review here). The forthcoming Buried and Resurfaced, on the other hand is an album that dwells in the twilight of a brooding dusk, a bruised and sullen sky where storm clouds gather and stillness forebodes.

Schelbeck succinctly describes the album as “electric guitar improvisations and worn out tape machines”. There is all kinds of alchemy going on here as he paints in deep hues and grainy textures. Light dims, bends and swirls on pieces like ‘The Black Sea’, ‘Passage’ and ‘Behind These Walls’ while it glints and shimmers through the opacity on ‘Awakening’ and ‘Thaw’. ‘Echoes’ and the hushed stillness on tracks like ‘The Quiet Rust’ ‘Echoes’, and ‘Distances’ comes across as both moving and sublime.

Whereas Prism was exquisite, Buried and Resurfaced  is enthralling.The energy of inspired experimentation is palpable – one can only guess at the variety of tools and techniques Schelbeck is using – but the sense of narrative and the purity of the emotional core are never compromised making this one compelling and mesmerizing record.

Buried and Resurfaced will be available November 14 in digital and on CD from Australian label Twice Removed. It was mastered by Kael Smith & Matt Herron (Mombi) and features artwork by Phil Gardelis (aka Zenjungle). Sadly, this release is also the label’s curtain call as this will be its last. I highly recommend a visit to the Twice Removed Bandcamp site to see what an amazing run it had and where you can still obtain some great releases and support what has been produced over the years.