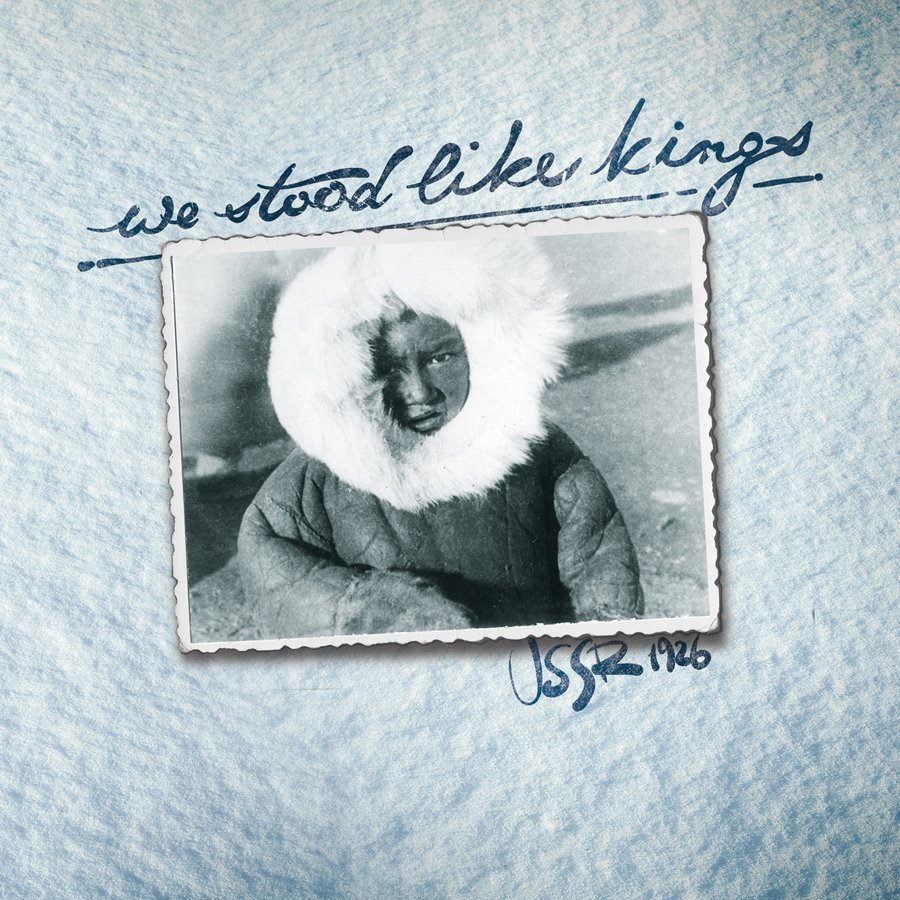 We Stood Like Kings is a four piece post rock band from Brussels who have already carved out their own unique niche in the genre by composing new soundtracks to selected silent films. They debuted their concept in 2012 with live performances of Berlin 1927 which scored Walther Ruttman’s film Die Sinfonie der Großstadt and which was eventually released on vinyl & CD by German label Kapitän Platte in 2014. The eagerly awaited follow-up has arrived in the form of USSR 1926 based on Dziga Vertov’s film A Sixth Part of the World.

“ The films of Dziga Vertov display a persistent fascination with travel. Movement across vast spaces is perhaps the most recurrent motif in his oeuvre…His cinematographic journeys transported viewers to the most remote as well as to the most advanced sites of the Soviet universe, creating a heterogeneous cine-world stretching from the desert to the icy tundra and featuring customs, costumes, and cultural practices unfamiliar to most of his audience. ”  – Oksana Sarkisova

No doubt, the ultimate experience would be to see a live performance accompanied by the film, the album stands on its own as an expansive, exhilarating, beautiful, and occasionally tender instrumental opus. There is nothing nascent in their accomplished and assured sound which combines wall of sound post rock with cinematic and modern classical tropes with ease and aplomb.

The music is led by Judith Hoorens‘ dazzling piano runs and Steven Van Isterdael‘s expressive, and occasionally explosive guitar, on an agile and rock solid foundation of Colin Delloye on bass and Mathieu Waterkeyn on drums & percussion. To my ear, there is also a strong element of modern classical leaning progressive rock hearkening back to the 70s, (for example have a list to  have a listen to ‘Mother Russia‘ from 1974’s Turn of the Cards by Renaissance). While most of the tracks are sweeping and bold, when WSLK slows things down, it sounds particularly nice such as ‘Caravans’ and the opening to ‘Icebreaker Lenin’. WSLK is a very exciting project and USSR 1926 is a very solid and enjoyable album.

USSR 1926 can be ordered 2xLP vinyl, CD, or digital (MP3 & FLAC) from the Kapitän Platte Bandcamp.