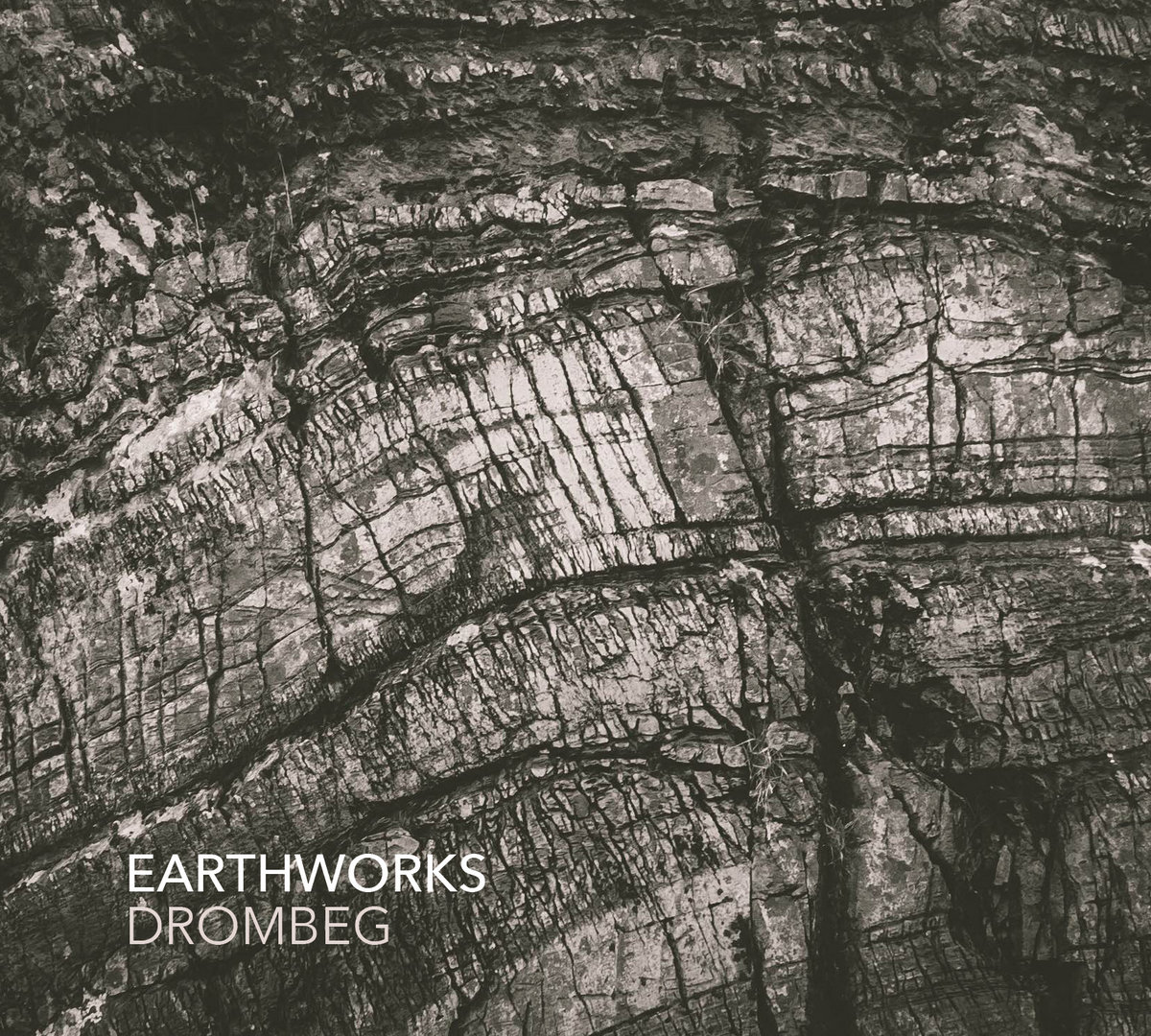 Positioned on the south-western coast of Ireland, picturesque County Kerry boasts some of the regions most iconic scenery and ancient history. It also home to singer and musician Thom Brookes who introduced us to his ambient music project Drombeg last year with Notes From the Ocean Floor, an EP released by Futuresequence. Brookes has followed this up with a new full length album on the label, a more expansive and conceptually unified record called Earthworks which captures the sense of this very special place where it was made.

A soundtrack for the middle-of-nowhere, the wild landscapes of Brookes’ native Southern Ireland are littered with historic (Tumulus), and geological (Béarra) structures hardened under the relentless elements. Sinuous string melodies, and tender piano phrases reach like sunlight breaking through heavy clouds, blended with electronics and field recordings in careful balance to produce a rich cinematic sound. – Futuresequence

The approach here seems particularly thoughtful and well orchestrated as “Out of the Dark Sea” sets the backdrop – one can almost feel the ebb and churn and of the chilly North Atlantic waters and see the camera panning across the green hills under a sullen sky. “Handfuls of Clay” literally grounds the listener with the sounds of ancient soil under foot and buffeting winds as an awareness of the vast and varied landscape grows in its swelling strings.

The next segment of the album dwells intimately in the present – the sounds of footfall and exploration  accompanied by a sense of wonder (“Each Morning, A Miracle of Colour”, “There Has to Be a Heaven”) and the bonding of generations (‘The Way Love Emerges’).  It is at this point that the focus pivots, turning back to peer through the veils of time, referencing monuments (“Tumulus”), geology (“Béarra“) , medieval pseudo-history (“Cesair’s Landing”), and bronze-age artifacts (“Lunula”), finally returning us to the sea where we began.

Earthworks offers both a compelling narrative and a beautiful musical journey. It is rich in genuine emotion striking an ideal balance between cinematic scope, historical perspective, and personal reflection. Through this music, Brookes manages not only to evoke a sense of place, but embrace its past, present, and future in a way that perhaps only an inhabitant of the land could do. The album was mastered by Rafael Anton Irisarri with cover art provided by Brookes himself and can be ordered on CD or digital from the Futuresequence Bandcamp (link below).