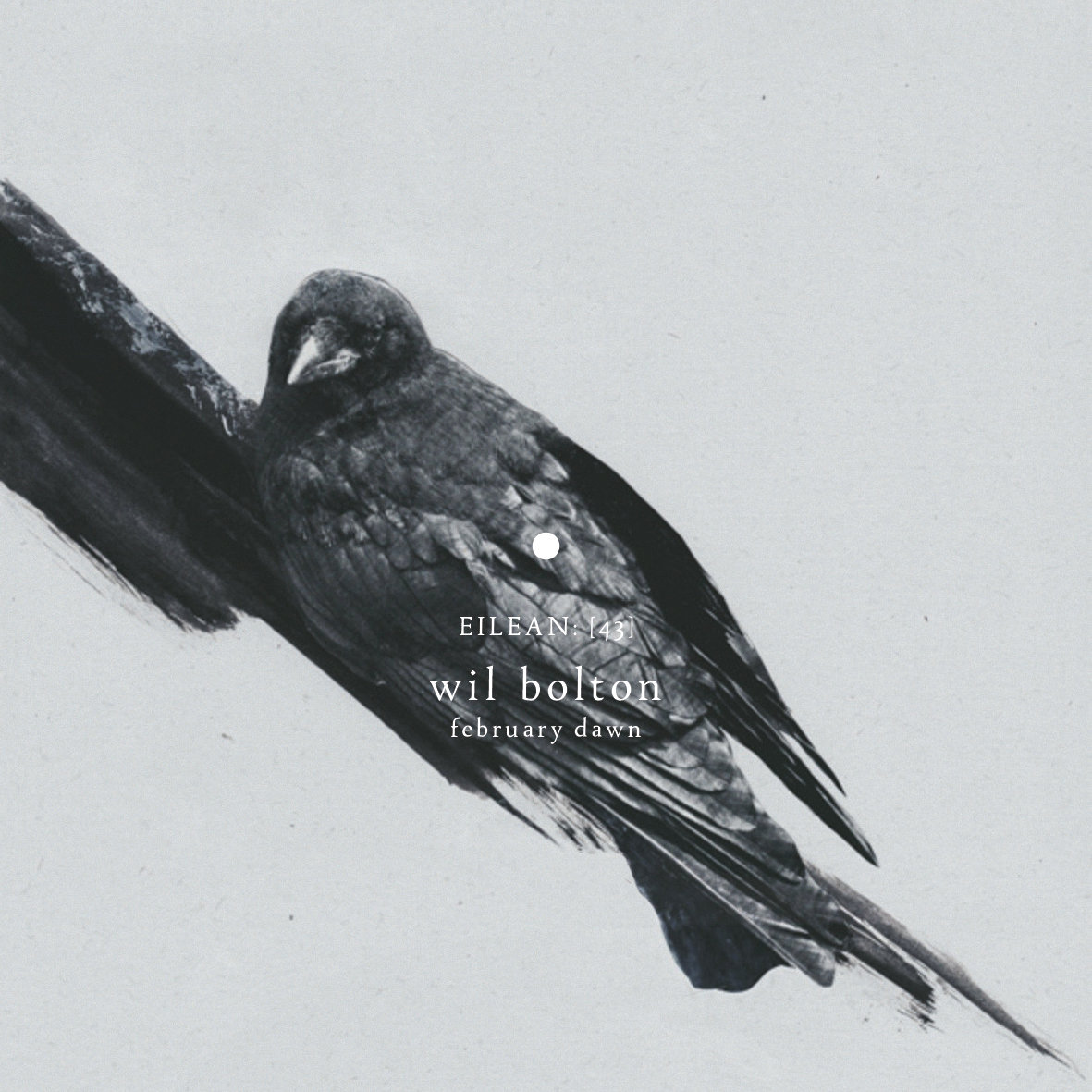 When speaking about his work, UK-based sound artist Wil Bolton has expressed that his is “particularly interested in the resonance of spaces and their history, and wider notions of place”. Take a look at his releases over the past couple of years and you will see ample evidence of this. Every album has a thematic context and every track a setting that frames the perspective and drives the musical narrative. There is a certain consistency in Bolton’s compositional approach but the sonic gradients and filigree are always crafted with great attention to detail to convey that which is unique about his subject and so it is the case with latest effort February Dawn which is soon to be released on Eilean Rec.

february dawn – frost
on the path
where I paced all winter

The music on this record was performed on bass guitar, acoustic guitar, synthesizers, effects and field recordings and reflects an acute minimalism mirrored in Jack Kerouac’s haiku which is all that is offered as background.  Compared with the lush modern classical landscapes of Marram or the autumnal charm of Inscriptions, February Dawn seems sparse and muted, but that does not mean it is any less exquisite. It has a seductive, icy allure that befits the title. Field recordings and a glistening amalgam of guitar and synth tones mesmerize on tracks like “Shells and Flints”, “Coastal Glow”, “Bleaching Ground”, and “Honeywood” while a deeper shade of melancholy occasionally emerges such as on “Dot to Dot” or “Dead Branches”. The album defies impatient listening. One has to embrace and inhabit its stillness to fully appreciate it and, listened to in this way, that appreciation will grow each time the journey is repeated.

February Dawn is being released digitally and on CD by Eilean Rec. with artwork by Francisca Pageo. Pre-orders began the day before this post was published, but by the time you read this there will likely be only a handful of physical copies left as is the case with almost every release on this enigmatic label.