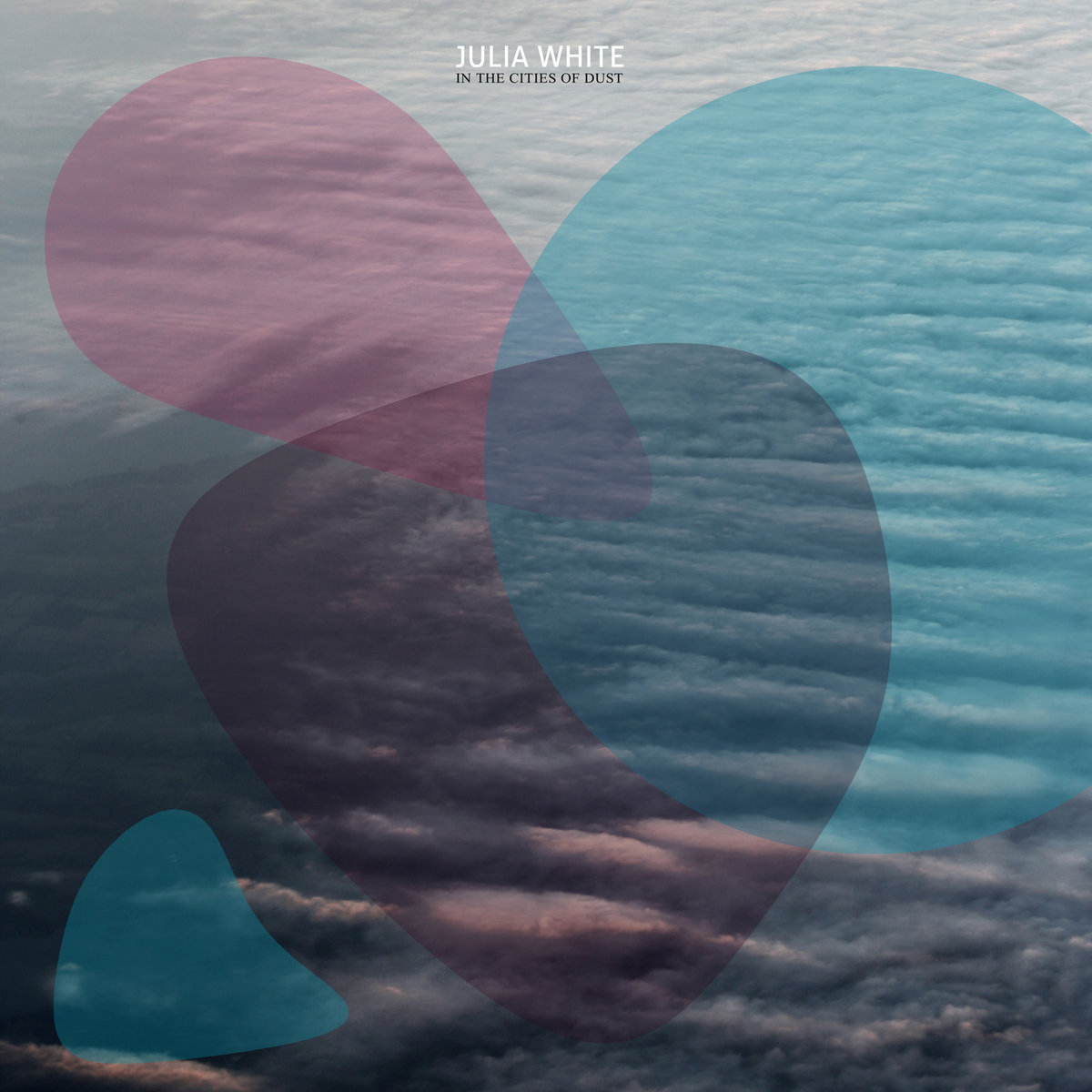 After starting off the year with a massive 40 track discovery compilation, Soft Recordings has given us their first single artist releases of 2016 which includes In the Cities of Dust by Paris based musician Julia White. In the album notes, label runner David Teboul candidly shares how close he came to not having the opportunity to present us with this captivating collection of songs:

“I met Julia for the first time in early 2015. Listening to some demos recorded on 4-track cassette had largely convinced me. So we agreed to release on SOFT once the album she was working on would be completed . The weeks and months went by and I did not have any news of Julia . She finally decide to re appear to tell me that she was abandoning the music , she no longer had the strength to continue … My disappointment was great, but I was convinced of the talent of Julia … – David Teboul

Fortunately, he patiently persisted and persuaded Julia to continue. At the core of the album is a group of vivid piano-centric pieces painted in bright tonal colors against a backdrop of seemingly infinite reverb and subtle field recordings, their boldness concealing a fragility beneath the surface. Especially beautiful is the triptych of “Red Beach Harbour”, “Start Now”, and “To the Birds” that forms the midpoint of the journey as well as “I Found You”, which features collaboration with Teboul under his moniker of Linear Bells.

Surrounding this core are some significantly contrasting pieces, a juxtaposition of analog noise and restless disquiet. The overall effect is to give the album a stream of consciousness flow which allows the moments of beauty to emerge and really stand out.  With a narrative arc that seems to end with the disintegration of “We Cry”, the closing track, “You’re Rose” initiates a new path.  The shimmering and emotive drone is deeply ensconced in layers of weathered and grainy electroacoustic textures, making it a gorgeous final coda.

After listening to In the Cities of Dust, it is easy to see why Teboul was so persistent in his encouragement of this artist with much to offer and much to say. The album will be available in a limited edition CD release from Soft beginning February 20 with pre-orders now available.

1 reply to Julia White – In the Cities of Dust [Soft]