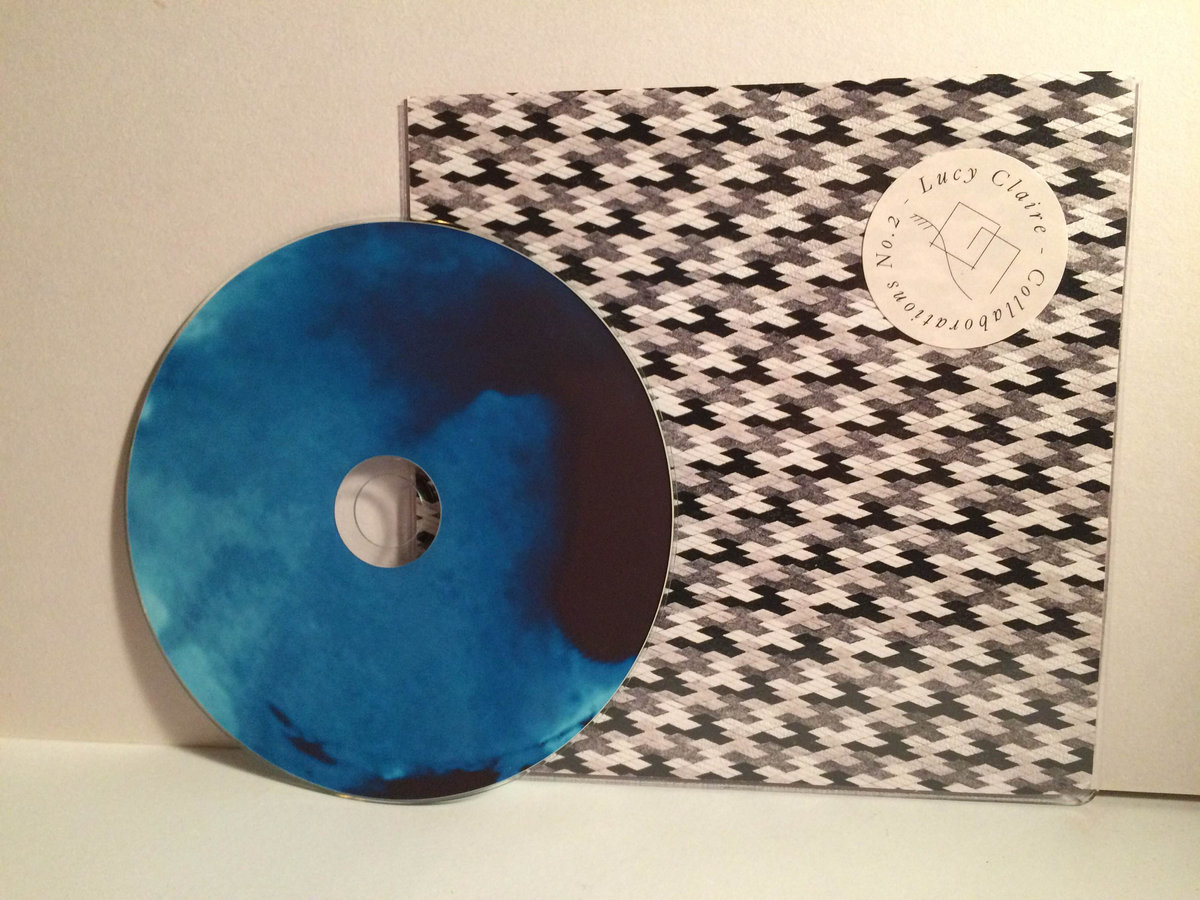 Lucy Claire is a London based composer originally from the North East of England. She trained at London’s Royal College of Music and has collaborated with many filmmakers, choreographers and artists, but it is best known to me through her work released on This Is It Forever Records – the binaural modern classical soundscapes of Suite  (2013) and Collaborations No.1  (2014) which was meant to launch a series of EPs and has just been joined by the second volume.

Collaborations No.2  features two alumni from the previous outing, singer/songwriter Alev Lenz, and violinist Marie Schreer (Mainly Two, The Gustalla Quartet, Sequoia Trio, Ensemble Nova Luce), and introduces vocalist Yuri Kono to the series The new record follows the template laid out by the first with each of these artists co-composing and performing on a sumptuous modern classical composition followed by a series of atmospheric reworks by electronic musicians which this time around include Tom Adams, Will Samson, ALMA (Pete Lambrou & Ciaran Morahan), and worriedaboutsatan (Gavin Miller & Thomas Ragsdale).

Yuri Kono weaves a gently poetic tale of loss and longing as she sings lyrics of “Kawaita Suki /The Barren Moon” in Japanese. Her voice seems fragile and ethereal, but grows in power as she summons fervent swells of emotion from a string section composed of Marie Schreer along with John Garner, Francis Gallagher, Naomi McClean, and Gwen Reed.

On the deeply moving “Her Bir Çocuk / Every Single Child”, a compassionate reaction to witnessing the suffering of children in Europe’s refugee crisis, Alev Lenz chooses to sing the poignant chorus in Turkish with heart-rending results and devastating intensity as the string quintet returns to transcendently echo her plea.

“Voices of the Sea” is a splendid live duet that pairs the most delicate and tender phrasing by Lucy Claire on the piano with an arresting solo performance by Marie Schreer who turns her violin into a lonely siren call that enraptures and enchants.

But, these three songs are only the first phase of the collaboration.  They also provide amazingly robust raw material for reworking in the second half of the record which features four outstanding remixes with Will Samson and worriedaboutsatan each offering a unique and vibrant take on “Kawaita Suki /The Barren Moon” while Tom Adams and ALMA take turns creating beguiling soundscapes from “Her Bir Çocuk / Every Single Child”. They each add layers of finespun electronics and lush atmospherics and take off in all kinds of surprising new directions in terms of rhythm, color, and instrumentation while remaining true to the pristine beauty and emotional core of the original pieces.

Collaborations No. 2  is veritably bursting with genuine beauty, impeccable performances, and evocative sound craft that will captivate anyone who takes the time to listen. The album is offered by This Is It Forever Records in a limited CD edition (100 copies) as well as a variety of digital formats via Lucy’s Bandcamp page. Also note that a solo piano version of “Kawaita Suki /The Barren Moon” performed by Lucy Claire can be found on Piano Cloud, a new 20-track compilation just released by 1631 Recordings.