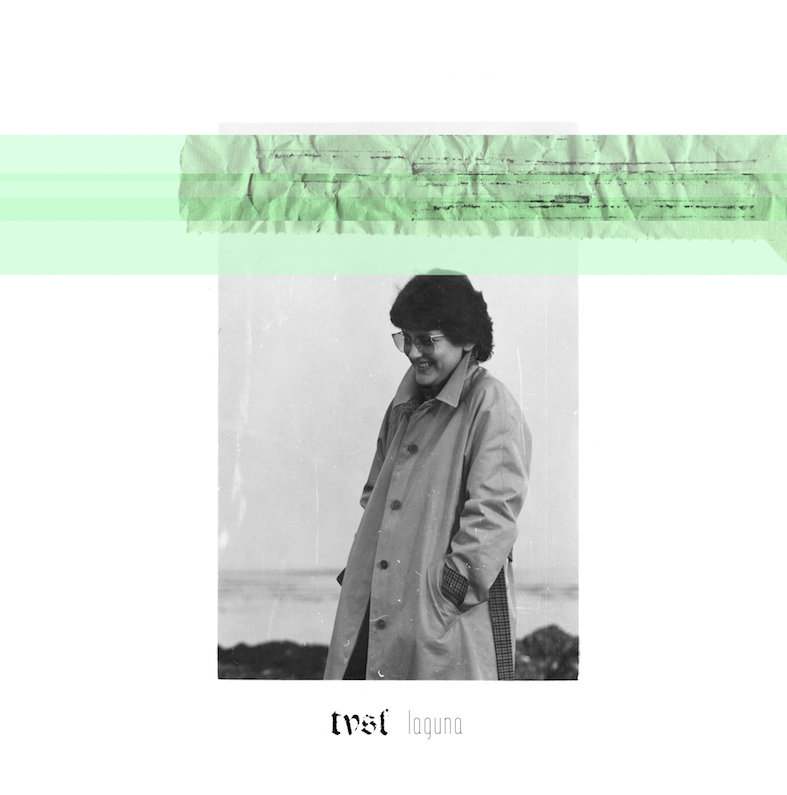 It is probably fair to say I have been remiss in not posting before about the volume settings folder, an ambient/drone/post-rock project of M. Beckmann who has released a number of very interesting recordings over the past five years and who I gratefully acknowledge has been a very visible supporter of the Stationary Travels commmunity. His latest album, which will see a vinyl release on the German label Oscarson, provides the perfect occasion to remedy that and introduce readers to his work.  The record is called Laguna and is a particularly personal one.

“…during the year 2015 I started working on the record – very slowly, those who collaborated or are collaborating with me know that…the “mood” set by the events in my life during this time-frame shaped the record, got rid of certain parts and introduced new elements. I was determined to use every minute available on both sides of the vinyl. the result tells about the birth of a love in a certain space-time, a long scene set in the Venice laguna, mid 1980s until nowadays. this album has been inspired by my homeland, and it is dedicated to my mother “.- M. Beckmann

There is an especially acute sense of stillness on this album, a genuine feeling of wistful nostalgia and memories frozen in time.  Over the past few albums TVSF has gravitated more and more toward organic sounds and a minimalist approach that makes ample use of space and embraces modern classical elements. It turns out to be the ideal formula for this moving and lovingly crafted inward journey and personal history told through music.

The highlight of side A is “millennial underwater forest”, a ten-minute long electroacoustic gem that blends the watery sounds, crackling amps, and gentle arcs of chorused reverb inducing a dream-like state in the listener. On side B, modern classical elements come more clearly into focus through the overlapping layers of bowed instrumentation of “terra emersa” and the starkly beautiful solo piano lines of “fragments in water” which are mirrored in the more textured and evocative abstractions of “water in fragments” into which it seamless flows.

As the album gently drifts toward its conclusion, there is a palpable sense of melancholy, first in the warbling acoustic guitar which serves as a prelude to reverie on “currents” and the yearning drones of “the foul walk”.  The patience with which Beckmann approached the album is very much in evidence throughout.  It is a beautiful and weightless suspension of time, well crafted and finely spun without a note or sound misplaced that might spoil the illusion. Definitely my favorite work of his so far and arguably his best.

Oscarson is offering Laguna in a variety of limited packages – the standard 12-inch vinyl/CD combination (125 copies), a special handmade, stamped wooden box vinyl/CD edition (25 copies), and separate hand-numbered versions on choice of vinyl or CD (25 copies each). All of these should be available as of March 25, 2016 and can be pre-ordered now.  Digital-only copies can be obtained directly from the artist.

Other recent work by the volume settings folder

Each volume of this series centers around a theme and features ephemera and handmade packaging to suit. On the latest edition which marks the second anniversary of the project, the artist is seeking closure and to “fulfill a need of home”. This is reflected in an organic approach that comes across as warm and accessible.

Landmarks – Loops from an Emigration, Failed

A collection of sounds and sketches collected during time working on a new job in Germany and shaped into a release after his return to Italy. Features some exceptionally atmospheric and melancholic drones and soundscapes and some fascinating experimental tangents.

Simply “dedicated to the end of youth, and its perennial reverberation into life in the most unexpected ways”, the CD edition album comes with some striking handmade packaging (a few copies still available!) and with particularly lovely work on the title track and the closer, ‘Nourish’ which forebodes the more acoustic bent of Folder #05 and Laguna.

Physical editions of this collaborative release have long since sold out, but the digital edition is still available and very much worth a listen for its captivating blending of atmospheric drones with field recordings and tape loops.