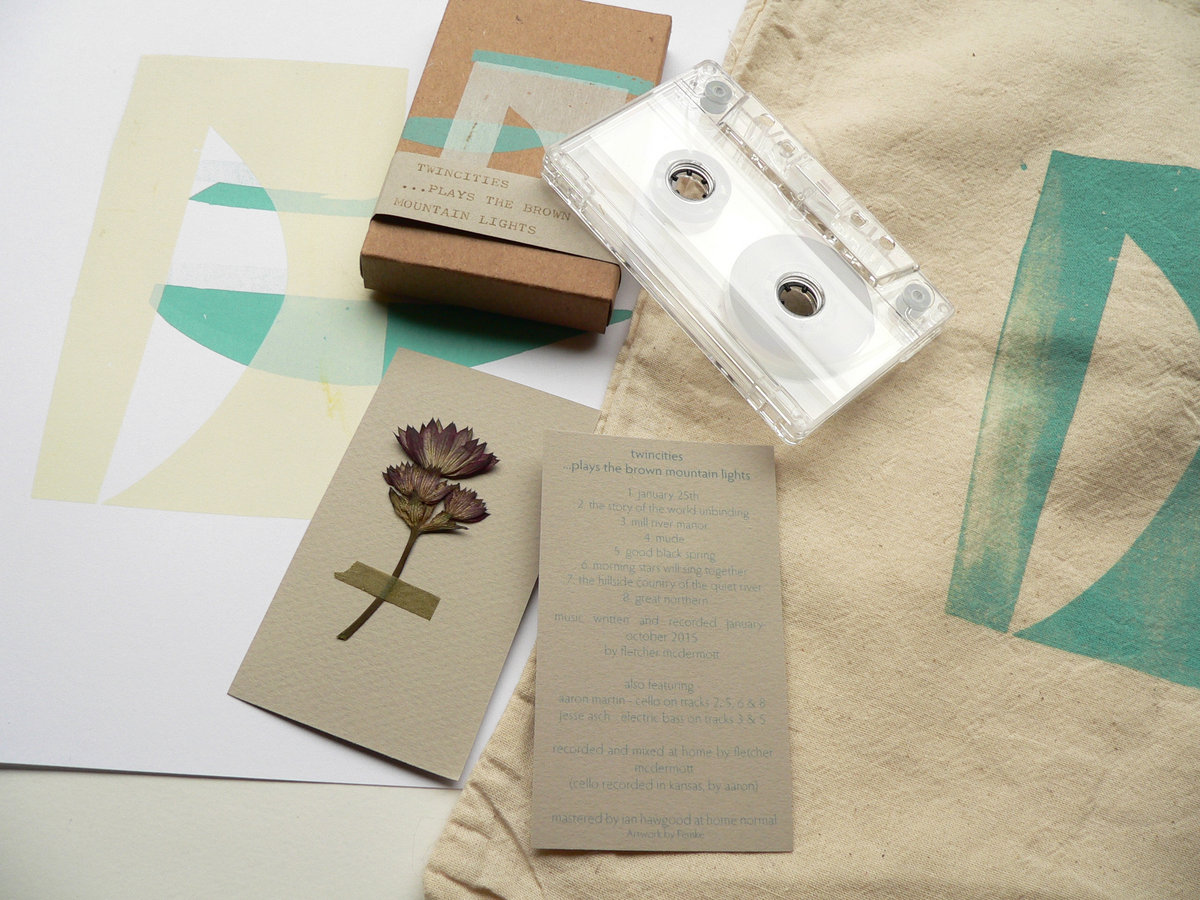 Twincities, the ambient/noise project of New Yorker Fletcher McDermott makes his Dauw label debut this month with a new full length album called ...plays the brown mountain lights. On this outing McDermott but takes a gentle tack away from the gray desolation and dense layers of last year’s memoirs: to dust  (Unknown Tone, 2014) bringing brighter tones and modern classical elements prominently into the foreground to produce something more vivid, even translucent. One thing that hasn’t changed is that he is as masterful as ever in his blending of grainy textures, subtle field recordings, and nuanced electronics which binds everything together in a fine gossamer cocoon (just listen attentively to “january 25th” or “mude”).

The integration of Aaron Martin‘s cello is especially nice to see here. It is not their first creative encounter -McDermott mastered Martin’s album Comet’s Coma (Eilean Rec, 2014) and they both appeared on Dialog Tapes jointly released by Dauw and Eilean – but it is the first time they have co-created so directly. And what a sublime combination of highly complementary styles it turns out to be, especially on the tender beauty that is “the story of the world unbinding” and the exceptional “a good black spring” where glistening, chiming tones reminiscent of variations for the celesta (Eilean Rec., 2013) reappear amid a warm field of sound that eventually summons forth the ascent of Martin’s ardent bow-driven sublimations.

…plays the brown mountain lights is an electroacoustic ambient gem, a delicate aural awakening that is particularly well suited to a springtime release. The album was mastered by Ian Hawgood (Home Normal) and is being released by Dauw in a numbered edition of 85 copies on cassette with handmade artwork and a dried flower. A very limited special edition (15 copies) featuring a tote bag and additional handmade print with variations on the artwork was also produced but quickly sold out. Digital copies may also be purchased directly from the artist.