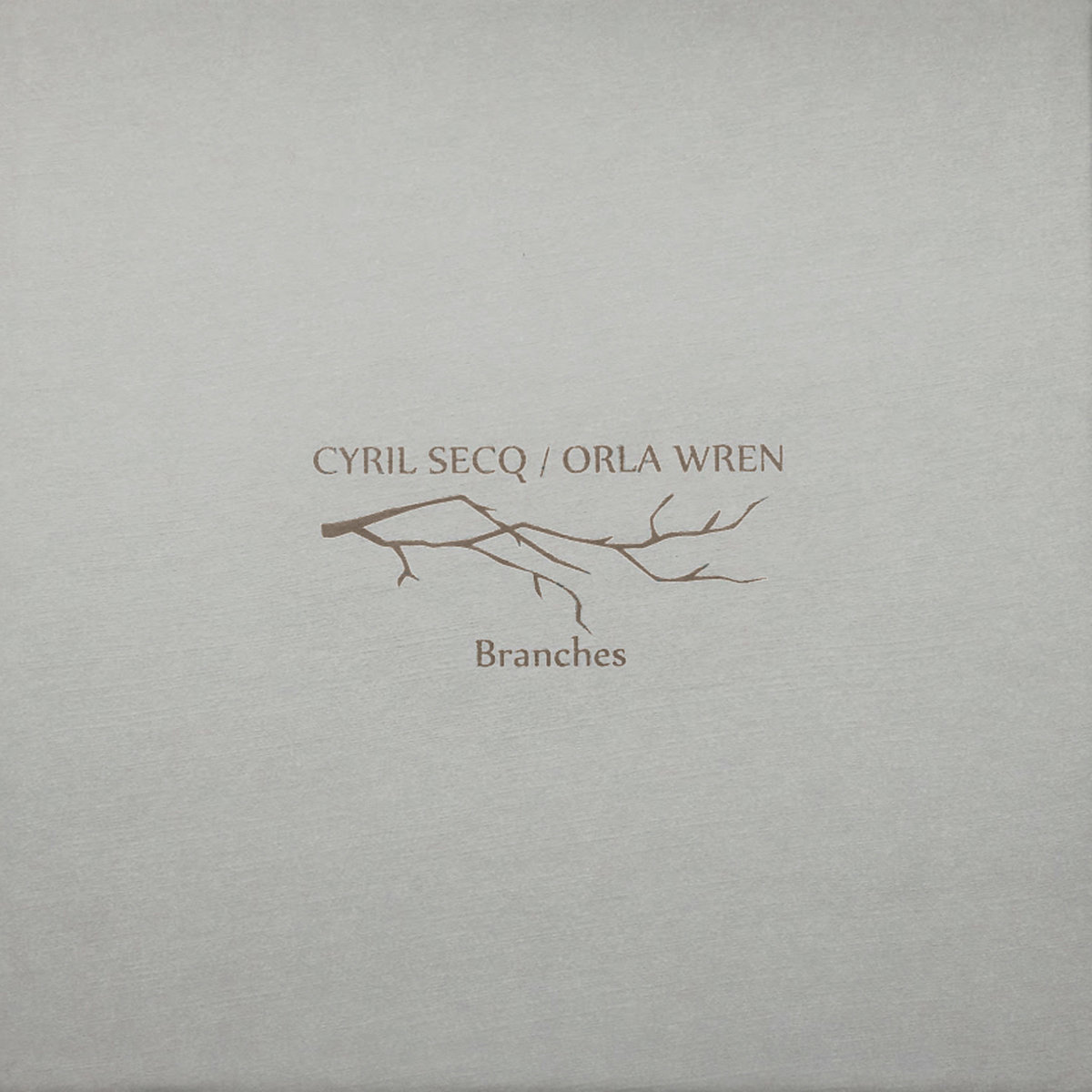 Sometimes unplanned collaborations are the best collaborations of all.  When inspiration strikes like lightning and brings idle bones to fleshed out life. That seems to be the case with Branches, a new album on the Dronarvim label by Cyril Secq of the eclectic French band Astrïd and the enigmatic Scottish electroacoustic sound artist Tui who records as Orla Wren. According the label, the two musicians had been considering collaborating beyond the contributions Secq had made to previous Orla Wren albums and discovered the raw material for this in the form of various guitar parts Secq had collected for an unnamed solo project.  Subjecting these gorgeous fragments to the tender musical ministrations of such an intricate sound architect as Tui turned them into something quite special that we all can now enjoy.

It’s a duet between acoustic strings and processing, field recordings, edits and organic arrangements. This music is steadily ramifies, growing out of itself like a wild tree. The tunes woven together and untwine again as a branches shaken by the wind. It sounds focused, calm and distinct. Although everything has been done in distant places (France and Scotland) the result sounds like two musicians experimenting in the same room, sharing their background and culture. – Dronarivm

Secq’s guitar passages are beautifully articulated and sumptuously resonant with shades of color added in the form of harmonium and piano. Tui then takes these luminous pieces and does more than dress them up in electronic livery. He interacts with them and inscribes them with a daedal filigree of instruments, tones, and field recordings until a complete dialog and narrative emerges. It is hard to choose just the right adjective to describe this combination – mesmerizing, spellbinding, entrancing, captivating – they all fit but they all seem inadequate. It is a rare alchemy that they have achieved. The more one listens the more one wants to hear, making Branches a perfect and enchanting springtime musical companion.