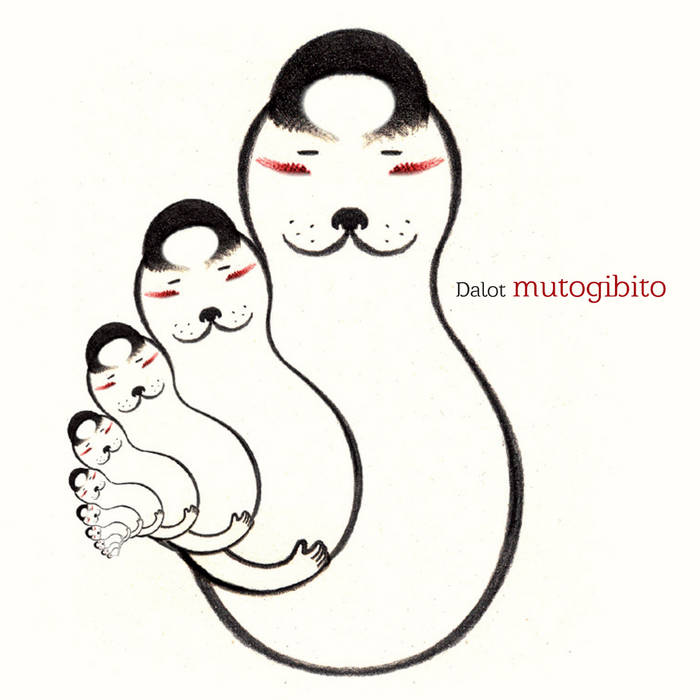 The experience of being a parent, or even just the prospect of it, can endow one with a profound 360-degree view of life, a fluid consciousness that is simultaneously nostalgic for the past and acutely sensitive to the present, while focused keenly on the future. On her latest full-length record as dalot, Greek-born experimental musician Maria Papadomanolaki has distilled this life-changing awakening into captivating musical form with mutogibito now out on n5MD.

While her previous solo effort on the label, Ancestors (2013), looked almost solely backward through a melancholic ambient/modern classical lens, mutogibito is a much brighter, even playful, album that is multi-referential on a number of levels and finds her embracing multitudinous musical influences and experiences with a vibrant forward-looking optimism.

In Mutogibito, it is frequently difficult to tell who is actually the composer: Dalot herself as a sound artist in 2016, the teen Dalot music collector of the late 90s, the abstract and yet unformed new-born Athena baby, Dalot’s long-time collaborators, the parade of influences and the history of ambient music, the passing of time itself. The listener is invited to immerse themselves in it and bring their own aural experiences, adding yet another layer to the cyclical multi-referential nature of the album – n5MD

Along with with contributions by guest musicians filtig, Ruxpin and vocalist Olèna Simon, dalot cleverly and playfully layers retro tones and syncopated beats with lush ambient textures and soaring guitar-driven melodies full of light & color. The music is imbued with a starry-eyed child-like innocence that belies the seasoned skill and maturity that it must have taken to create it.  Look back, look around, look ahead, and let the light in with this joyful journey led by a delightfully unpredictable artist.

mutogibito is released on CD featuring artwork by Violetta Testacalda and is available from the n5MD online shop as well as the dalot Bandcamp site where you can purchase separately or bundled with some of her previous releases.