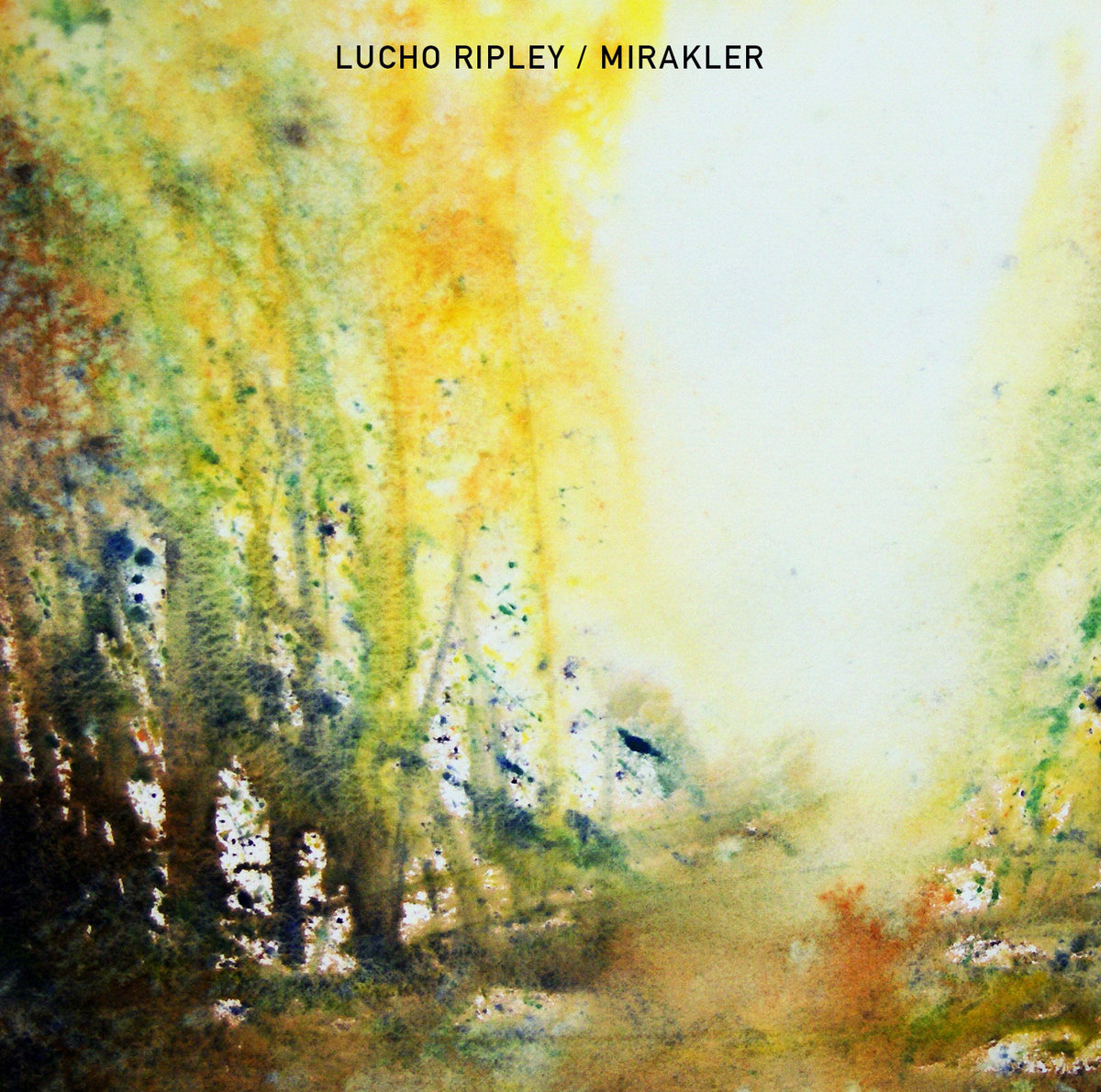 Perhaps the shimmering, sun-drenched sound of Lucho Ripley‘s music owes something to his location in Candás (Asturias) which sits on a tip of northwestern Spanish coastline beneath the Bay of Biscay.  Conversely to the opaque, moody atmospherics towards which many ambient guitarists gravitate, Lucho paints in vivid watercolor sounds that radiate joy and light and he has splashed these all over the canvas of his latest recording Mirakler presented by the Fluttery Records label.

“As the cover by master watercolorist Joe Cartwrtight seems to suggest, Mirakler is a study of light. The light outside and the light within. The light JMW Turner so incessantly pursued in his paintings. The light of extraordinary events or maybe the simple joy of a summer evening on a small seaside town. It’s for the listener to decide.” – Fluttery Records

The sprightly melodies and the guileless wonderment which permeates the six songs that make up Mirakler make for effortless listening, but below the mesmerizing surface is a wonderfully complex mosaic of carefully arranged patterns and a surprising breadth of musical references. Some passages call to mind the solo work of progressive rock guitar icons of yore such as Steve Howe while others sound like something a 17th century baroque guitarist might have played if they had pedals and loop machines at their disposal.  Nicely sequenced and beautifully arranged, Mirakler is an enchanting and uplifting listen filled with the lightness of being.