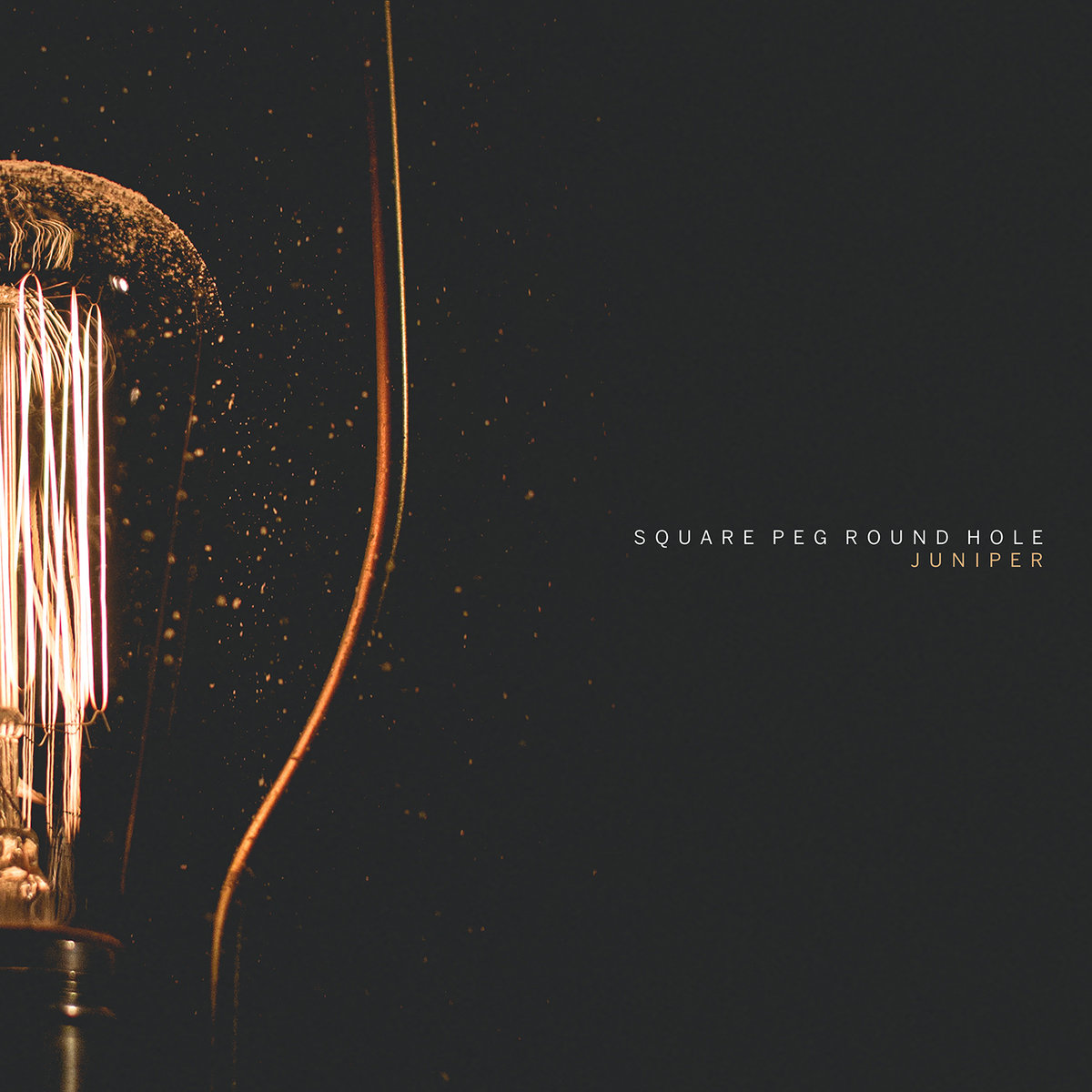 I first encountered Evan Chapman several years ago thanks to a series of YouTube videos he posted of unlikely, but brilliant percussion only covers of songs such as “Your Hand in Mine” by Explosions in the Sky and “Holocene” by Bon Iver.  He later joined up with fellow Indiana University music students Sean M. Gill, and Carlos Pacheco-Perez to form Square Peg Round Hole and they released their exhilarating debut album Corners in 2013. This spring they are back with a fantastic new record called Juniper that is the antithesis of the sophomore slump and shows how much their creative vision and skills have grown. Once again the sound is an infectiously rhythmic hybrid of sophisticated jazz, primal rock, and elegant electronica with a keen focus on percussion.

“This is a dynamic record, with moments that are heavier, grittier, and faster than we’ve ever written, and others delicate, fragile and introspective. We strive to make our music stimulating and intelligent. At the same time, we’ve found that people connect with percussion on a very primitive level, and therefore we think that there is something for all types of listeners on this record.” – Evan Chapman

The core elements of the band’s sound are the drum kit, Rhodes piano, and vibraphone played both with mallets and bow.  Electronics are sparsely but deftly added along with sounds generated from found objects. For additional color, Bryan Laurenson, who also mixed the album, added strings to the the lovely title track and guitar on several others. The result is something as viscerally pleasing as it is elegant. Juniper thunders, shakes, and shimmers, bursting with dazzling inventiveness, and the simple joy of playing. You can dissect the music to find an awful lot going on in the layers, but you can also just turn it up, way up, and have an absolute blast listening to it. Surely there is lots more to come from this trio and that is a good thing.