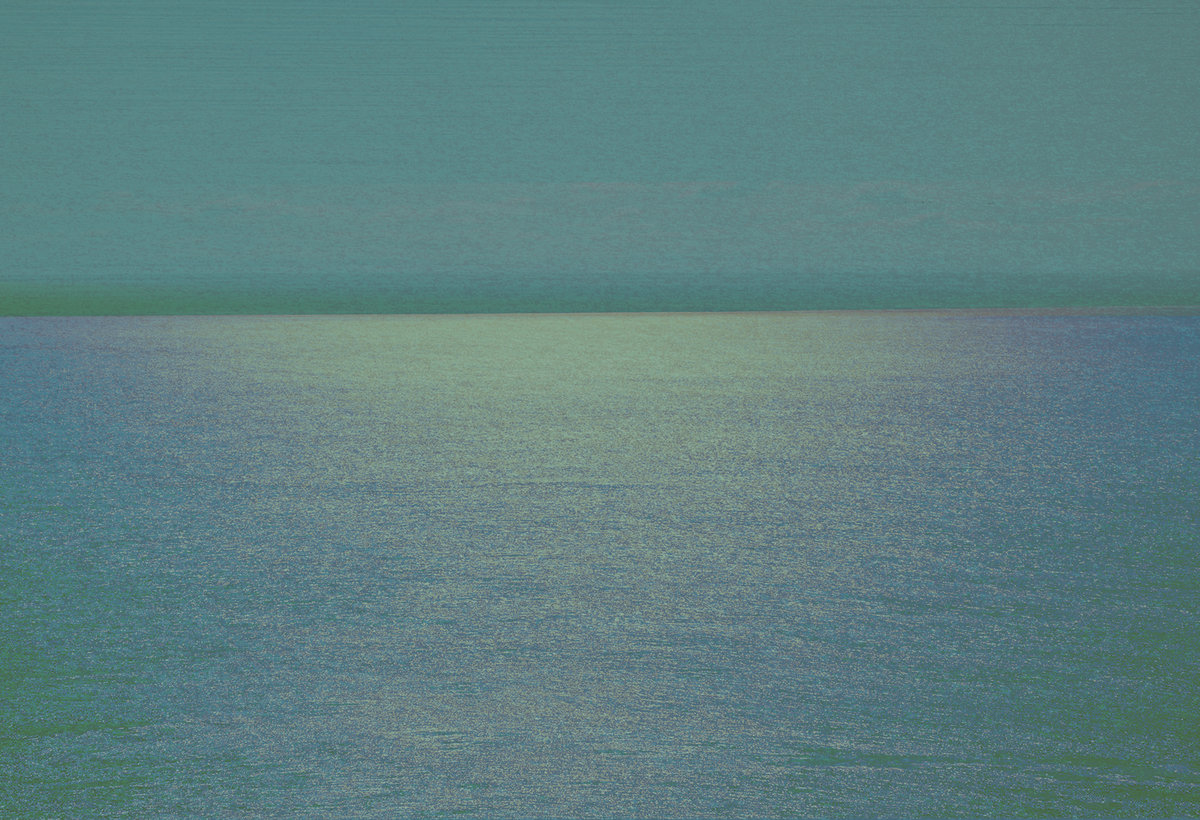 Sun Curves is a relatively new ambient music project from Stuart Glover who resides in the town of Wigan in the Greater Manchester area of northwest England. Following his ear-catching debut Glades last spring, he returns with an exceptionally pure and refined work of ambient minimalism in the form of Nearly Real which has just been released on cassette by Auditory Field, an album which Glover simply describes as “a gradual decrease of distance”.

The six pieces presented here are in keeping with the cool aquatic colors of the nearly indistinguishable sea & sky on the album’s cover, each one a gently billowing portrait of stillness and tranquility that seduces the listener into a calm state of deep introspection. From the shimmering bliss of “Sapphire/Utopia” to the serene swells of “Orbital Decay” or the azure glow of “Our Skyline Telluric”, Nearly Real proves to be a tonic for the soul and a respite for the ears.

The cassette version of the album is available from the Auditory Field Theory’s website and the digital version can be ordered from the artist’s Bandcamp (links below).