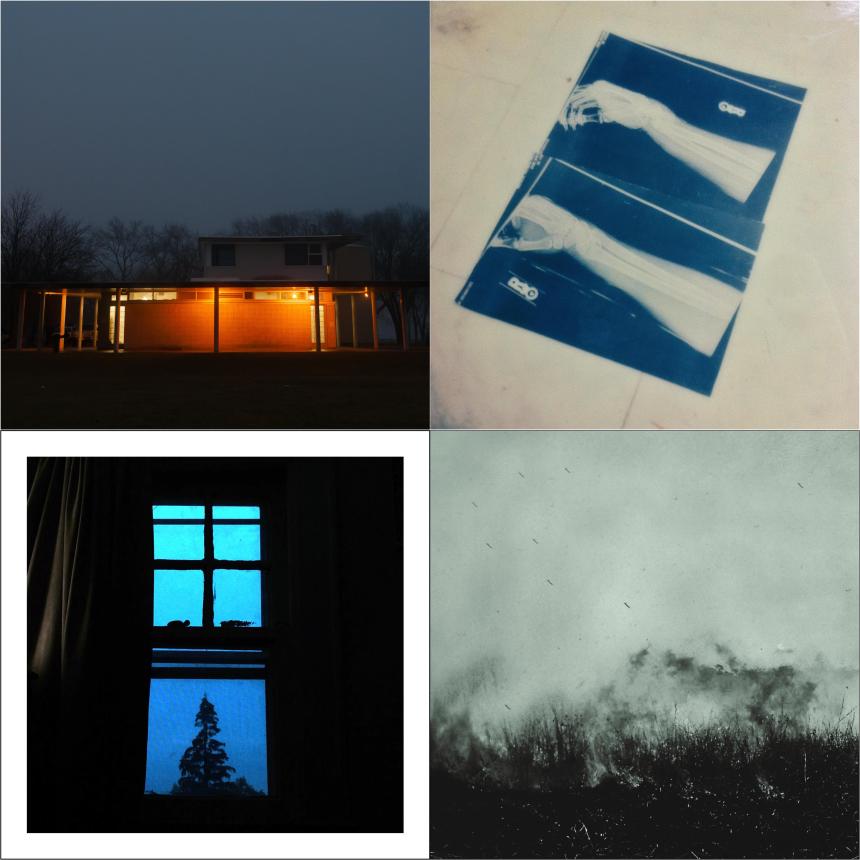 Permanence marks the third outing for this solo project of Canadian musician Brad Deschamps and with a CD release due in August via Cathedral Transmissions it will be the first to appear on a label other than his own Polar Seas Recordings. The shimmering, glacial beauty explored on Repose and Aurora are present here, particularly on the sublime 12 minute title track, but we also see Deschamps introducing darker hues from his palette, adding great depth, texture, and opacity especially on pieces like “flux” and “small victories”. The balance feels just right making this an album that is extremely alluring and very easy to get lost in.

Early this summer Seattle-based musician Thomas Meluch, aka Benoît Pioulard, fractured the radial bone in his wrist while hiking. At the prompting of some of his friends he decided to release this album of rarities, the proceeds of which would go toward his recovery and attendant medical expenses. Radial presents three particularly introspective pieces all sans vocals – “The very center of its flame” (originally a bonus track with the deluxe edition of PERILS), “Madrigal” (previously available only as a Soundcloud demo), and a remix of his earlier interpretation of the Aphex Twin song “Stone in Focus”. Though not originally meant to go together, the trio mesh and flow as if they always were, sustaining a pure and consoling mood throughout. To savor the pleasures of Radial, you can head over to the artist’s Bandcamp site and obtain a download knowing whatever you contribute for it will be appreciated.

Examples Of is a debut of sorts for Masschusetts-based musician Russell Glynn; the first of his work to see label distribution with a limited CD release via Harry Towell’s recently founded Whitelabrecs where it is described as “the homespun result of freewheeling experimentation and careful tinkering”. Glynn offers a thoughtfully eclectic collection of pieces here created primarily manipulation and improvisation using guitar, violin and tape loops augmented with analog equipment, field recordings, and household objects. While that may sound very patchwork, the end result is cohesive and seductively immersive with moments of exceptional beauty on pieces such as “Imaginary”, “Measured”, and “Undue Worry (Closing)”. Hopefully the beginning of much more to come.

Guitars, tenor sax, and textural recordings make up the DNA of the singular sound of Zenjungle, a project of Athens-based artist/musician Phil Gardelis. Having released the exceptional Flow last year on Midira Records he returns to the label with another captivating excursion in the form of We Are Not Here due for limited edition CD release in August. While Gardelis is more than capable of constructing an overwhelming wall of sound, here he is in a more patient and restrained mode. The use of sax in this context of ambient & drone lends an especially urban, nocturnal feel to the music, like a dark river flowing through a sleepless city. Each piece is deeply felt and sumptuously rendered and the addition of strings by guest musician Thom Brookes (aka Drombeg) on “Mediterraneo” proves to be inspired decision perhaps hinting at new avenues of collaboration that might prove fruitful in the future. A perfect companion and inspiration for late night ruminations.