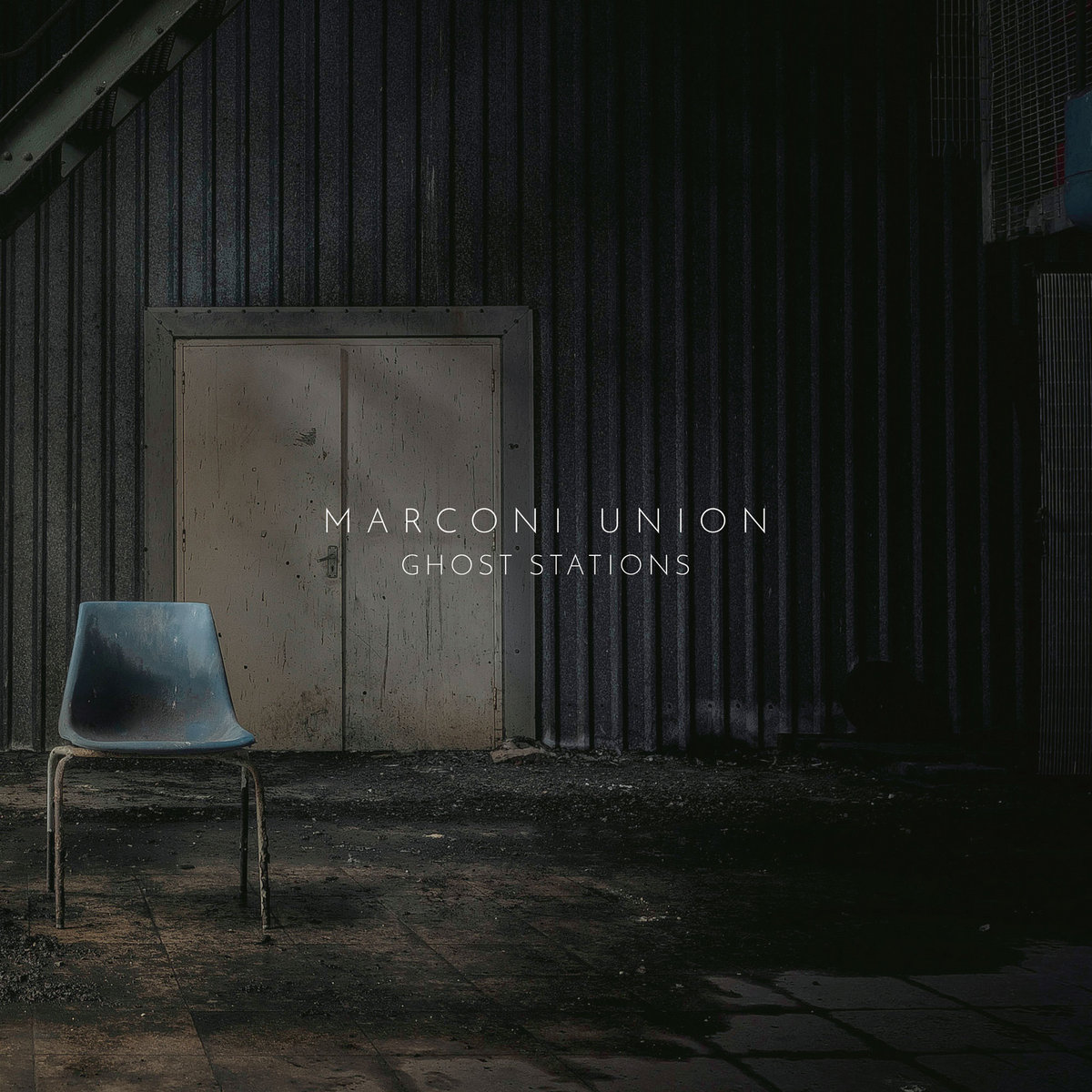 What do you do for an encore after recording “the most relaxing track in the world“? Earning that accolade along with extraordinary visibility and respectability in a cluster of eclectic genres that get too little of either might be enough to lure a band into stagnation, but on the evidence of their output since “Weightless”, there is little chance of that happening to Marconi Union. Their latest full length studio album, Ghost Stations, incorporates many elements from their earlier work that have won over and endeared them to so many listeners, but it stretches out in some enticing new directions as well.

“We always want to move forward and try new things, there’s no point in just treading water, so it was great to use a couple of guest musicians (Digitonal‘s Andy Dobson on clarinet and Giorgio Li Calzi on trumpet). Sometimes you need real playing, especially when it comes to feel”. – Marconi Union

And “feel” seems to be very much what Ghost Stations is about. It is laden with the refined electronics and ambient, textural layers that the band is so adept at creating while the analog elements bring a welcome organic warmth. The tunes themselves are rich with narrative and emotional subtext,  pulsing and percolating with restless energy as they gather pace toward unknown destinations, traveling through abandoned and derelict spaces in keeping with the album’s overarching theme.

“Sleeper” and “Riser”, which bookend the record, will likely make the strongest immediate connection with those familiar with Marconi Union’s previous work, but prepare to be completely beguiled by the gorgeous neoclassical minimalism that unfolds in “Remnants/Shadow Scheme” and the haunting beauty of “Abandoned/In Silence” which strips itself all way down to just voice and clarinet before building itself back up again. And it is nice to hear the sinewy bass lines and propulsive rhythms previously explored with collaborator Jah Wobble on Anomic left a lasting imprint on their sound as well.

It’s an intoxicating milieu to be sure. Ghost Stations is a journey to nowhere and a journey to everywhere, one especially suited to nocturnal listening. The band has never sounded better.

The album is available digitally, on CD, or as a 2 LP vinyl edition and can be ordered from via Bandcamp (recommended), Amazon, or iTunes.