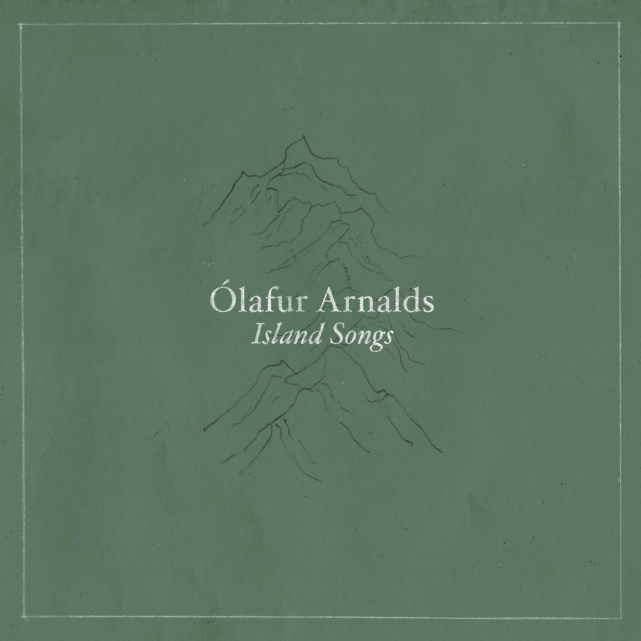 Iceland’s dramatic landscape belies the island country’s relatively small footprint on the globe. Its breathtaking and mysterious beauty is inextricably woven into the music and literature of its people and draws travelers and artists from around the world like a siren call. But that is not the perspective of this magnificent place that Ólafur Arnalds seeks to present in his latest project. He gives us a much more intimate view by taking us into Iceland’s towns, church & concert halls, and living rooms and brings us face to face with some of its people.

Island Songs is a “living musical film” documented in real-time by director Baldvin Z in which Arnalds travels  to 7 different locations in Iceland – one per week – to record a series of new compositions in collaboration with local artists. It is an endearing portrait of an unique island not as landscape, but as a place of community, connection, collective memory, and shared creativity. It also yielded an exquisitely beautiful collection of songs.

“…ultimately it is people, rather than places that inspire music and art – Ólafur Arnalds

The journey of Island Songs begins in the harbor town of Hvammstangi as Arnalds and a string quartet provide a poignant backdrop to the spoken words of poet Einar Georg Einarsson as he fondly recalls a peaceful stream close to the farm where he grew up (Einarsson’s verses also appear in some of the songs of his singer-songwriter son Ásgeir).  Then it is on to Önundarfjörður where he collaborates with music teacher & organist Dagný Arnalds on a piece which recalls a tragic avalanche the struck the area in 1995. Further along the coastline in Selvogur (“seal cove” in Icelandic), the South Icelandic Chamber Choir gathers in a small stave church for a spellbinding performance of a piece composed with Hilmar Örn Agnarsson & Georg Kári Hilmarsson.

Week 4 brings Arnalds to the city of Akureyri barely 100 km south of the Arctic Circle where he and SinfoniaNord perform the hauntingly beautiful centerpiece “Öldurót” co-written by film & TV score composer Atli Örvarsson. His next stop is Mosfellsdalur, a farm town 30 minutes outside of Reykjavík where Arnalds collaborates with horn player Þorkell Jóelsson and the Brasstríó Mosfellsdals on the plaintive “Dalur”.

The setting for week 6 is a pair of lighthouses in the wind-battered seaside town of Garður, the childhood home of Nanna Bryndís Hilmarsdóttir, vocalist in the popular band Of Monsters and Men. The song “Particles” is a tender reflection of her time spent growing up there.

The circuit is closed in Arnalds home town of Reykjavík where he is joined by friends, family, and a string quintet at the Iðnó Concert Hall for a performance of the delicate, but lively and uplifting “Doria”, a fitting conclusion to and celebration of a wonderful project.

The musical recordings are available in album form digitally and on CD or vinyl from Mercury Classics with a feature film on the way this winter which will include in-depth interviews with Arnalds and his collaborators. All information can be found at the very nicely designed Island Songs web site.