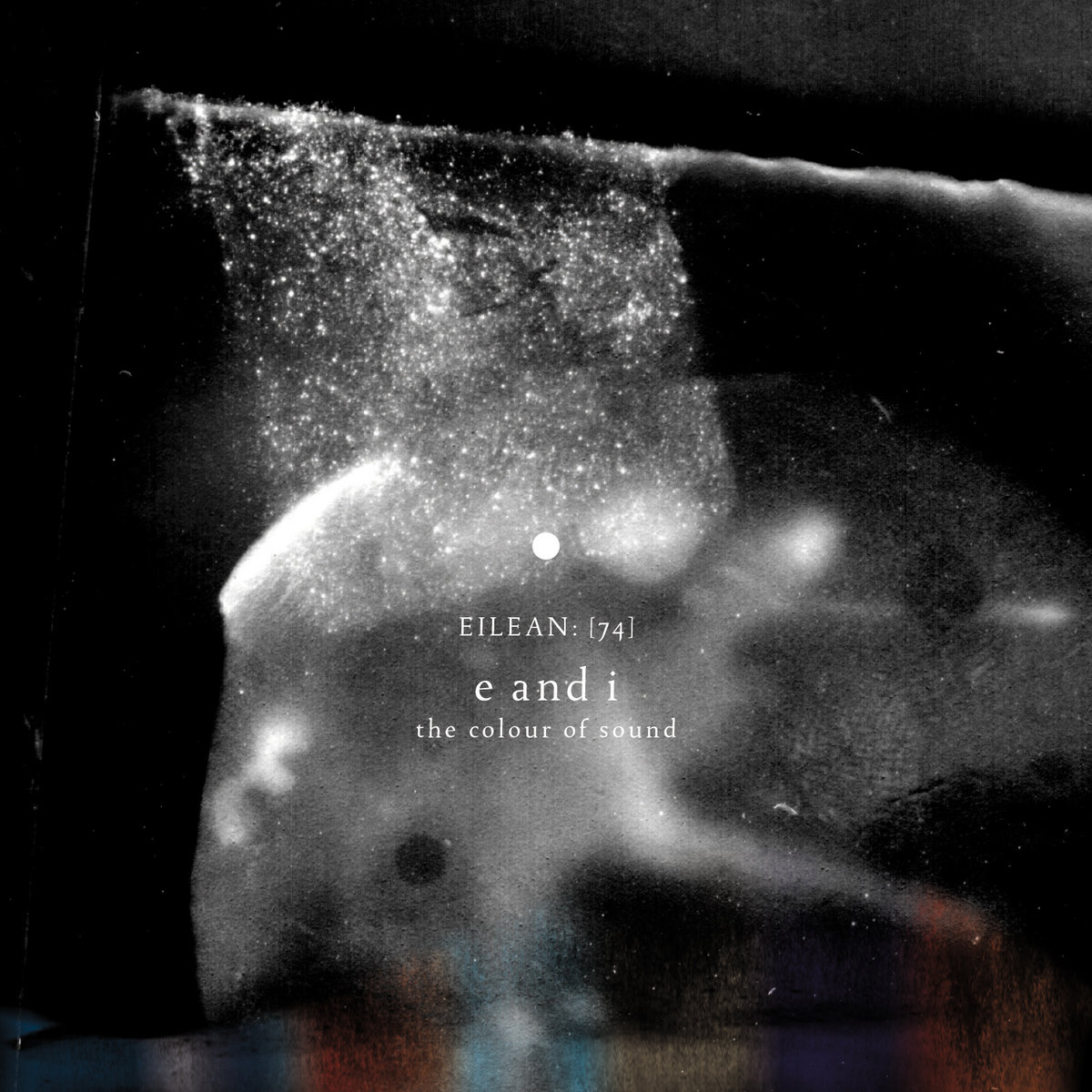 Nearly five years after their last release, Emmanuel Witzthum and Craig Tattersall (aka The Humble Bee) return in incredible form as E and I with a very special recording to launch the autumn 2016 series on Eilean Rec. entitled The Colour of Sound. Patiently sprawled across 90 minutes and 2 discs, seven slow blooming pieces explore a beguiling bond between numbers, colors, and music inspired by a kind of kinship Witzthum has sensed between them since childhood.

” Ever since I was a child numbers and colors went side by side… I saw a number and it was transformed into an undulating pulsating hue of shimmering beauty…  It was an immediate emotional appearance, one that I could not control or explain. Gradually the same became of music…   Sounds as pieces began to shape into waves of colors, moving as waves in the sea. Sounds overlapping, shades of colors… All in my mind…  I could not explain them, nor describe them…  All I knew was to feel them and try to nurture them.. As they became the aura that surrounded the connection between music and my feelings… They only appeared when the music was intimate, small, shy and reclusive, when the music grew out of a place I could not control nor understand, when the music became my voice or when it blossomed in friendship…” ” – Emmanuel Witzthum (e)

The motif of the album then is that each track title is a number and each number suggests a pattern of color that is rendered into sound by Witzthum’s strings and voice subject to the tender ministrations of Tattersall’s tape and midi processing where they are shaped and molded into serene, billowing gems of a deeply introspective nature. The cumulative effect over the course of 90 minutes is a complete suspension of time and the invocation of a blissful, halcyon torpor conducive to a state of deep reflection. It is a truly gorgeous album of quietly epic proportions – a patient labor of love that extends its comforting embrace to the listener.

The Colour of Sound was mastered by Ian Hawgood and features cover art by Tattersall and Lizzie King who also produce hand-made limited edition art at Carbon Copy Press. The album is being released by Eilean Rec. in a limited edition 2xCD package which will is already close to selling out at this writing.