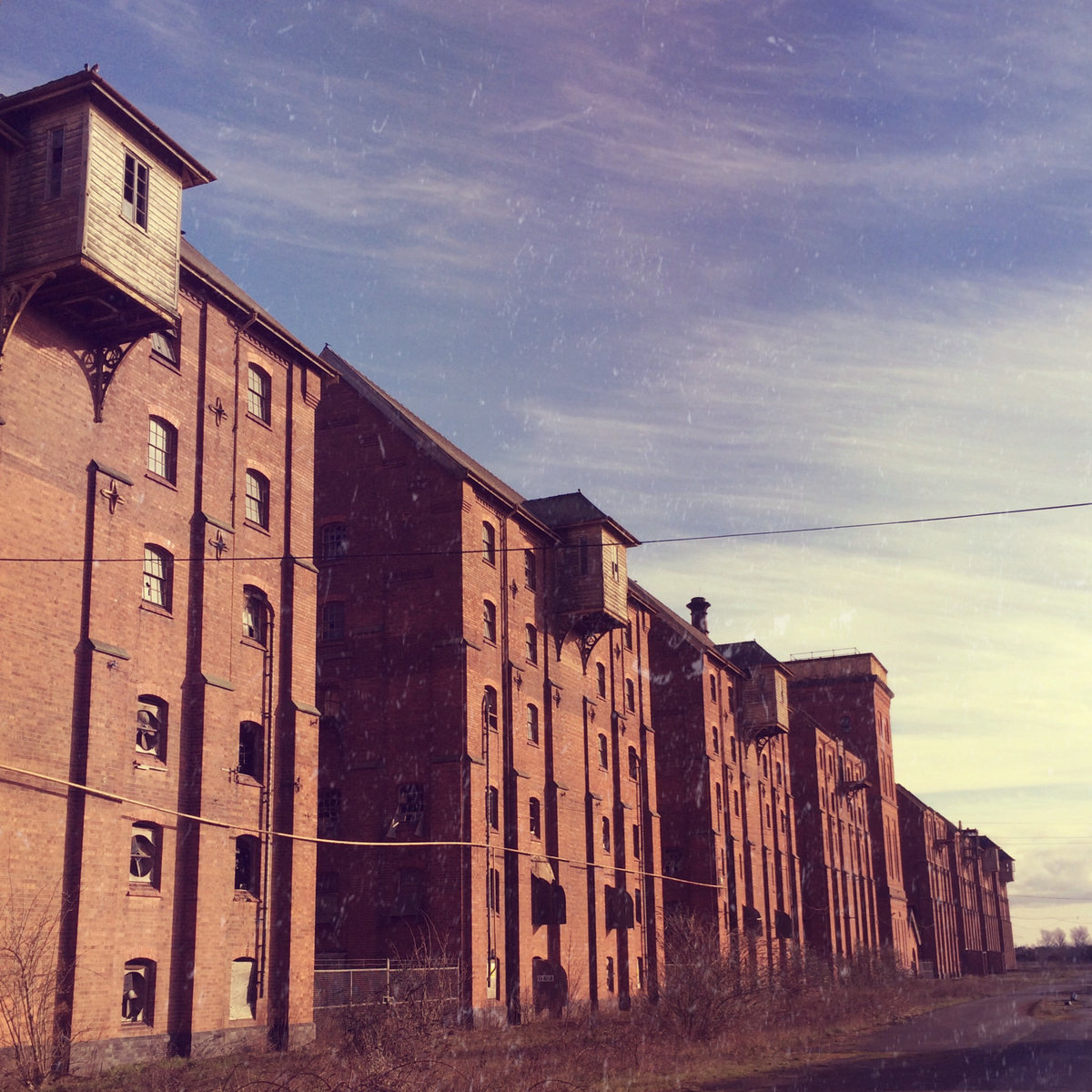 The old Sleaford Bass Maltings brewery complex in Lincolnshire stopped being used for its originally intended purpose in the 1950’s and has been derelict for nearly a quarter century, its imposing brick malthouses, water towers, and kilns now no more than a mute echo of the bustling hub of local industry it once was. Its Grade II listing status is evidence of the interest taken in its distinctive historical and architectural characteristics while it has also shown allure to enthusiasts of abandoned places as well as those with an eye towards future redevelopment (which has yet to come to fruition).

Harry Towell, aka Spheruleus, on the other hand, found musical inspiration here. Using a plethora of analog and electronic sound sources (acoustic instruments, samples, drone loops, an out of tune piano at a local pub, a de-tuned piano belonging to a  friend, a violin, classical guitar, voice, harmonica, zither, a warped music box, a cello iPad app, and vinyl samples), he brings that inspiration to life in a unique sonic portrait called Obsolarium.

“Obsolarium tells a story starting with the commercial success of a powerful brewery, the rail links used to distribute the produce before descending into a melancholy reflection of what once was, accompanied all the while with a crumbling disintegration. Whilst everything unravels and fragments, the series of structures remain.”

“H.A.C Design” is a nod to chief engineer Herbert A. Couchman who designed the facility while “Forgotten Freight” and “Redbrick Beacon” summon flickering nostalgic images of the wheels of turn-of-the-century industry in motion. “Kiln” and “Glancing Down the Barrell” have an autumnal melancholy to them as if to suggest the end of an era is nigh. The remainder of the album explores the decay and disintegration of what once was – “Remnants”, “Left Standing”, “From One Brick to Another”, and the wistfully delicate “Worn Down”. The cycle is complete with the crumbling, tattered loops of “Fallen Industry” which closes the album that serves up both a fascinating narrative and a haunting reflection.

Obsolarium was released on Towell’s recently launched Whitelabrecs label. The limited edition vinyl-effect CDr is currently sold out, but digital copies can still be obtained.