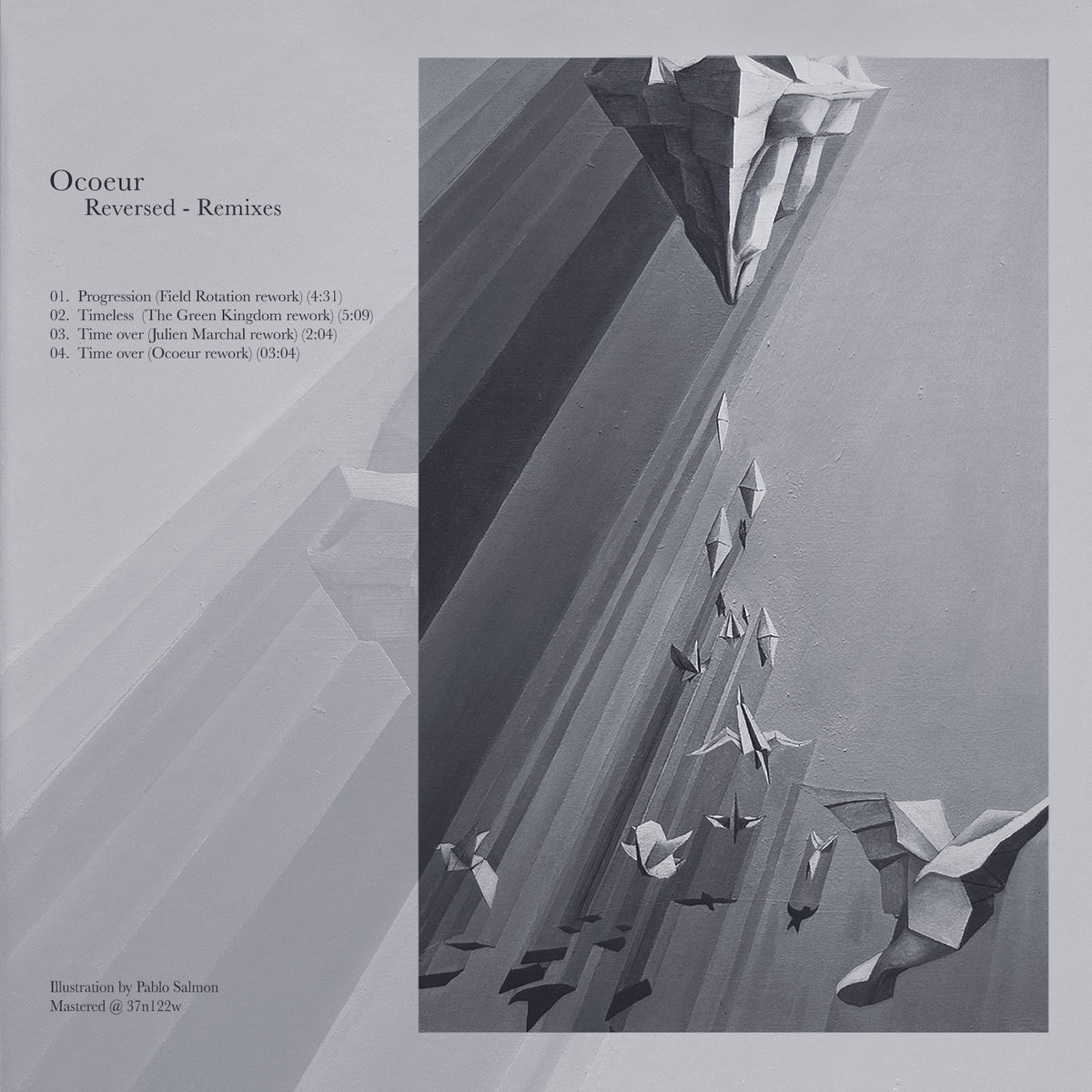 French composer & sound designer Ocoeur (Franck Zaragoza) enlisted the services of Christoph Berg, The Green Kingdom, and Julien Marchal to create this intended prologue to his 2016 full-length album Reversed, his fifth release on Oakland, California-based label n5MD. Reversed – Remixes is an entrancing quartet of reworked pieces, one of Zaragoza’s own creation and the remainder from his hand-picked team of collaborators.

Berg renders “Progression” into a gorgeous string-laden nocturne while The Green Kingdom adds pulsing rhythm and shimmering guitars to give new impetus to ‘Timeless’. Julien Marchal offers a tender dampened piano rendition of “Time Over”, a piece which Zaragoza himself also repaints in deeper hues than the original shifting the mood from the ethereal to the melancholic. The EP works as a short, but deeply satisfying diversion as well as a prelude to its predecessor’s elegant fusion of ambient electronica and piano-centric modern classical.

Below is a selection of tracks from some of Ocoeur’s previous releases on n5MD which showcase his unique style as well as his emotive and intricate sound design.

“Universe” from A Parallel Life