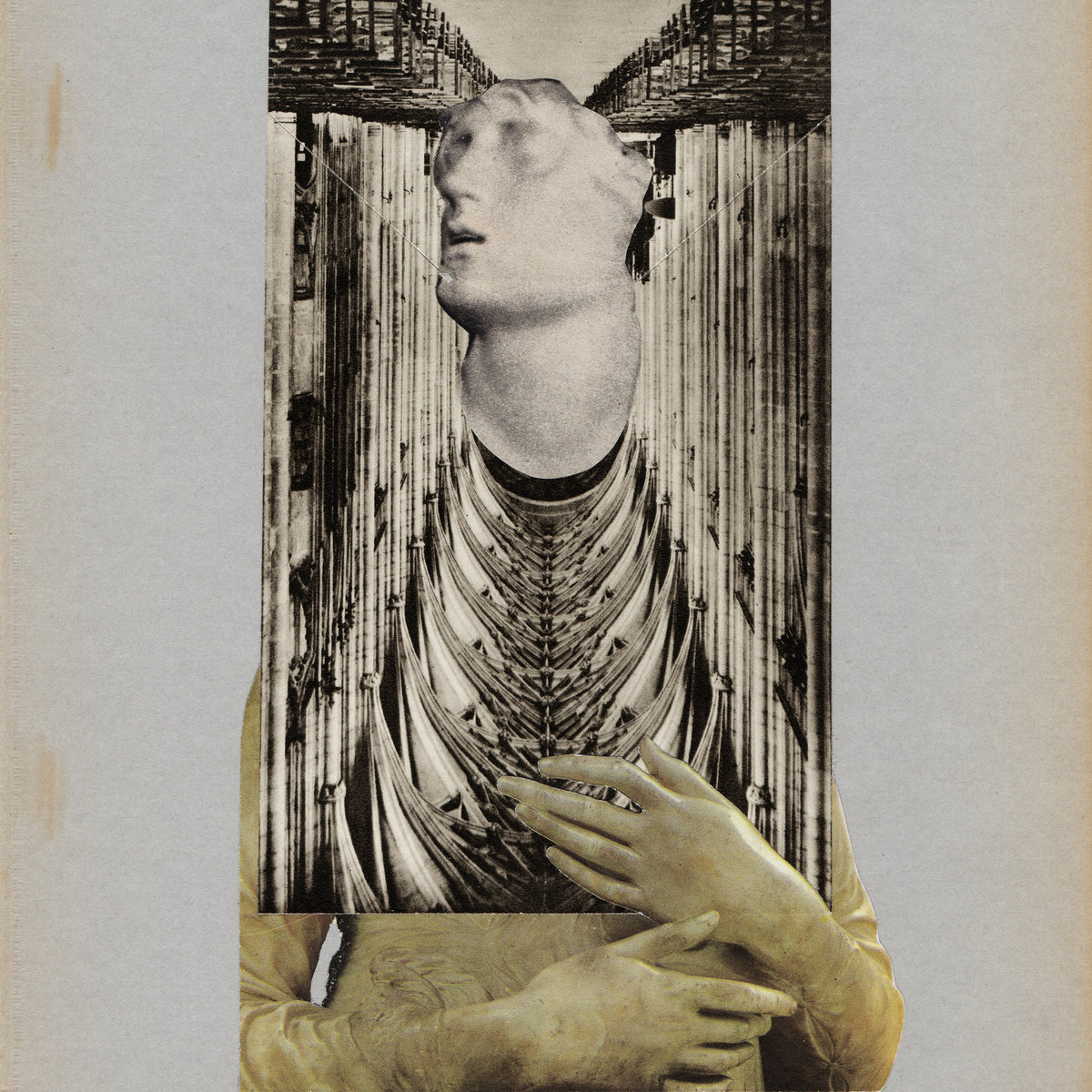 Originally released on cassette in 2013, Italian label KrysaliSound has remastered and reissued a mesmerizing long form composition by Danish collage artist & musician Paw Grabowski under his artistic pseudonym of øjeRum. An undulating, hypnagogic organ-based drone, He remembers there were gardens was conceived as an alternate soundtrack to the 1962 “photo-roman” (photo-novel) La Jetée by Chris Marker which is still recognized as a unique and highly influential experimental cinematic work.

The film, presented in a series of stills, paints a dystopian vision of post-apocalyptic Paris where survivors live underground below the galleries of the Palais de Chaillot. Its protagonist is a man who is held captive and forced to travel time in a quest to find a source of energy to regenerate a decimated society. The man is chosen because of the power of his obsession with the past, specifically the allure of a fragmented, pre-war memory of a woman on the observation platform (“the jetty”) at Orly Airport and a tragic incident that occurs there which becomes the focal point of the story’s haunting denouement.

“Those familiar with the film with have no difficulty in recalling the flashes of a destroyed world, the status of the museum, and the moment on the platform. Even if you haven’t seen the film, the breathing of Grabowski’s organ will conjure similar images and moments. It fluctuates between the drifts and falls and the throb and hum of a person lost in time and place.” – KrysaliSound

Just as the liner notes suggest, as one who was previously unfamiliar with the film I was drawn in solely by the rich organ tones, repetitive patterns, and plaintive melancholy of the piece which, through music alone, suggests a poignant and compelling narrative. Ponder the existential weight of the story and it becomes more poignant still. Then, of course, one may watch the film for an entirely different experience, especially as contrasted with the melodramatic approach of the original score. Given its unique inspiration, thoughtful construction and the various ways it can be experienced, Grabowski has created a truly fascinating ambient journey that is well deserving of such a beautifully presented reissue.

He remembers there were gardens is available from KrysaliSound in a limited CD edition with handmade packaging and album cover in Polaroid format as well as a digital version that can be ordered from the label or directly from the artists.  For those interested in learning more about La Jetée, follow the ‘About the film’ link below to more information via The Criterion Collection. I also highly recommend reading an absorbing in-depth analysis by Guardian film critic Jonathan Romney which can be found here.