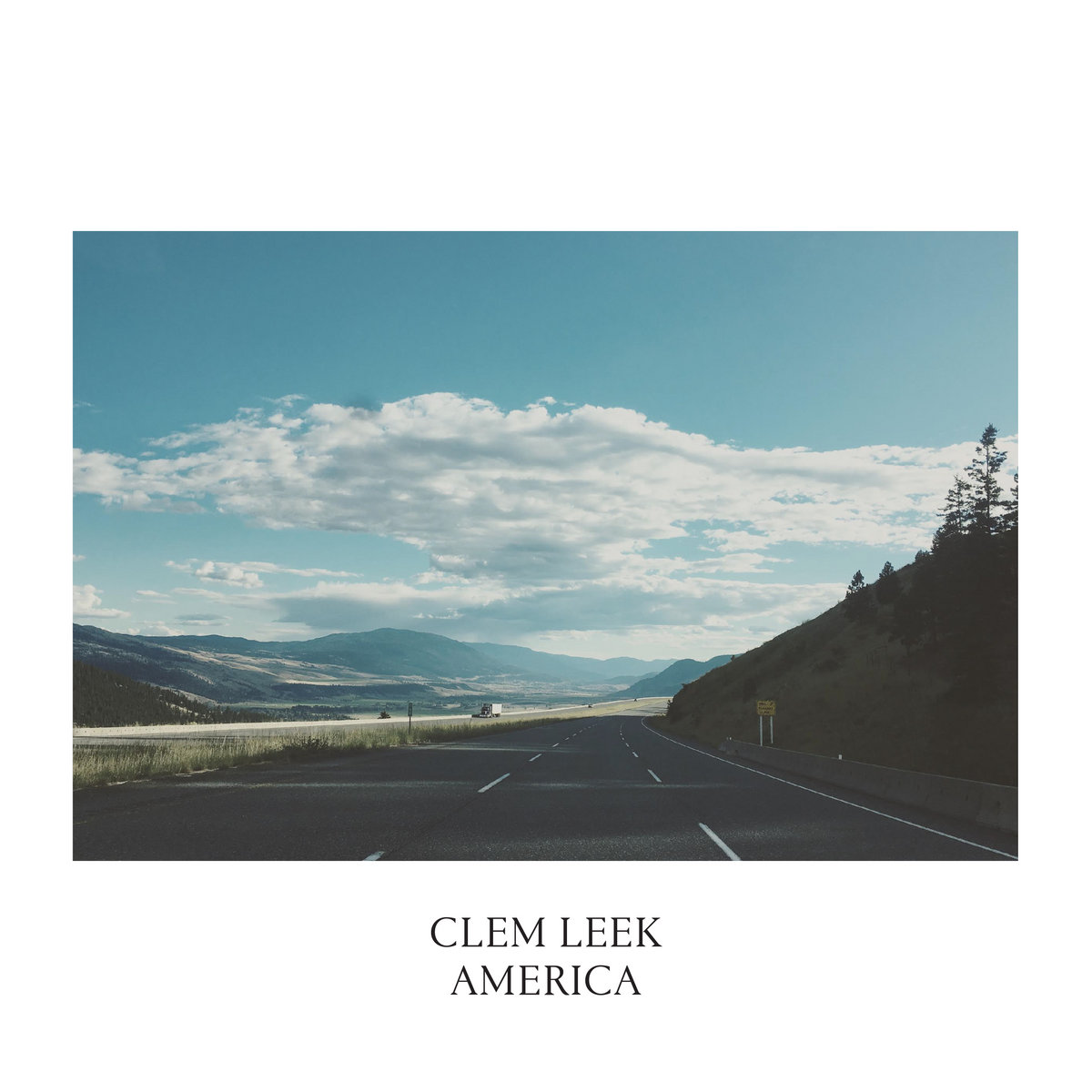 There always been something quite personal in the music of Clem Leek. Trained as a pianist from a young age and now a developed into a composer, sound artist, sound designer, and multi-instrumentalist, he has drawn heavily on his surroundings and life experiences from the very start; consider the misty, overcast reflections of growing up in England on Holly Lane (2010) and the intimate piano & guitar based sketches of Lifenotes (2011) and Rest (2013). The past year has apparently been on one of significant change for Leek and this is reflected in his latest opus and third studio album entitled America.

“America is a reflection of Clem’s personal transition from Europe to the U.S. Each track refers to new experiences, both information and sensory. Moving from the countryside to the city brought about a plethora of new friends, landscapes and routines and this is reflected in the new styles, instruments and techniques that have bled into the album. “

One thing that has not changed a great deal, however, is Leek’s penchant for concise forms. He is a masterful musical sketch artist who captivates here with a dozen colorful vignettes of an expansive, filmic quality that belies their diminutive length. Leek can express more in two minutes than many artists can in ten as he uses lyrical piano lines and layers of strings, voice, & electronics to convey wide-eyed wonder and the willing embrace of both personal change & new opportunities so well symbolized by Chris Keenan’s striking rural highway scene gracing the album’s cover.  This is one musical road trip you won’t want to miss.

America is now available from from YEN in limited edition cassette release as well as a variety of digital formats via Bandcamp.