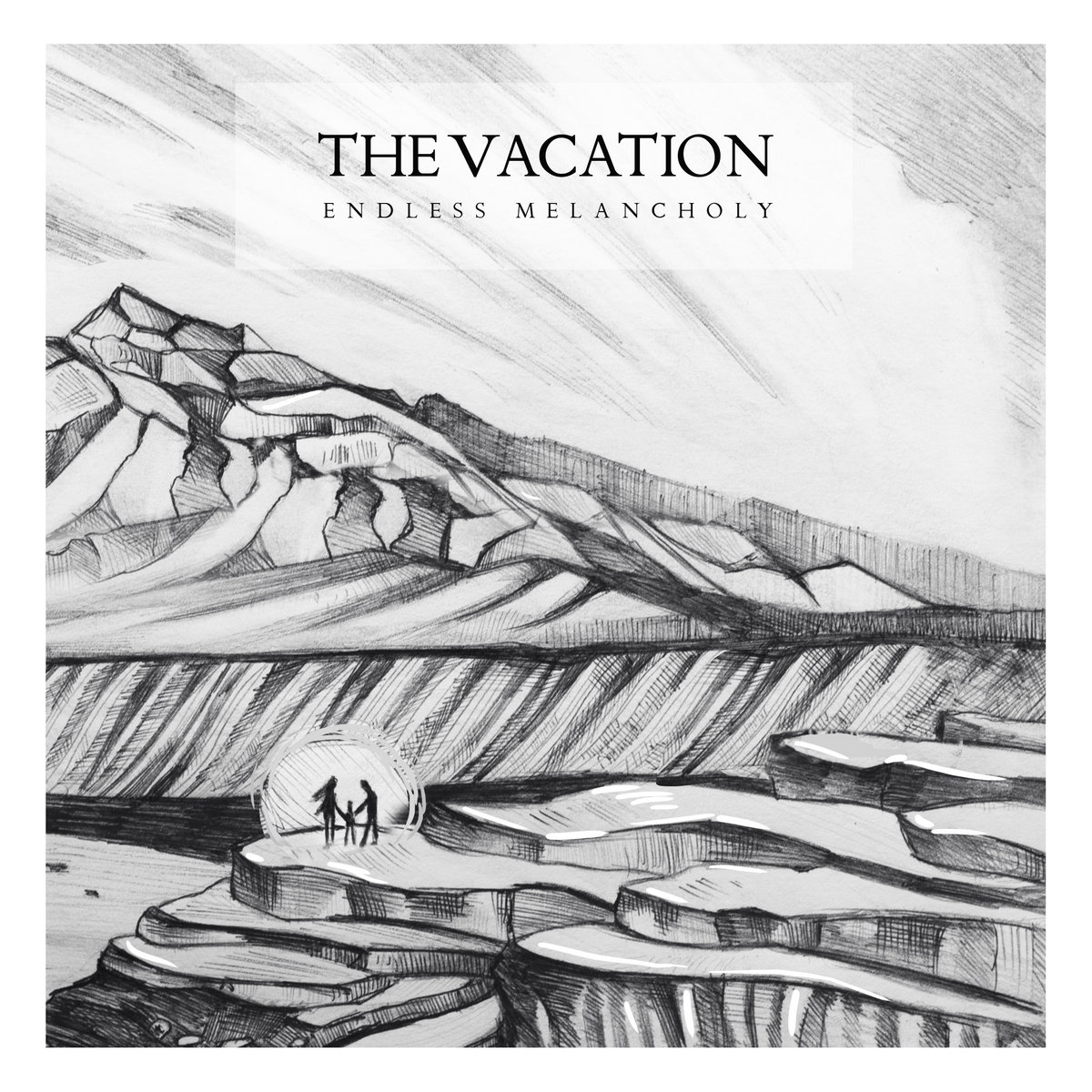 Heavy, oscillating waves of sound wash up on imaginary shores warmed by the rays of a distant sun. The Vacation, the latest album by Oleksiy Sakevych under the moniker of Endless Melancholy is a worthy follow-up to his well reviewed 2015 release Her Name In A Language of Stars.

Even more so than its predecessor, it evokes a sense of cosmic wonder and vast, otherworldly vistas while being anchored to a strong emotional undertow which lends it the haunting poignancy that makes it so compelling. Best experienced as a complete journey from start to finish, there are some individual standout moments, with tender stillness at the heart of “Wouldn’t We Be Lonely” and the transcendent, palatial slow build of “Enough to Cost Us a Lifetime” being arguably among the most striking.

The album is dedicated to the memory of author Ray Bradbury whose 1963 short story of the same name served as inspiration and who I suspect would approve of the potent combination of vivid imagination and thoughtful humanity it presents. Bradbury once said, “We are cups, constantly and quietly being filled. The trick is, knowing how to tip ourselves over and let the beautiful stuff out”. After listening to The Vacation, I would say that is a trick Endless Melancholy has learned to master.

The Vacation was crafted by Sakevych over a two month period and processed through a vintage reel-to-reel tape recorder to add analog warmth before turning it over to Stephan Mathieu for sure-handed mastering.  The album is available for pre-order ahead of its June 27 release on CD via Hidden Vibes or cassette via Pantheon (both labels offer a digital only option as well). The artwork was created by Lita Akhmetova.