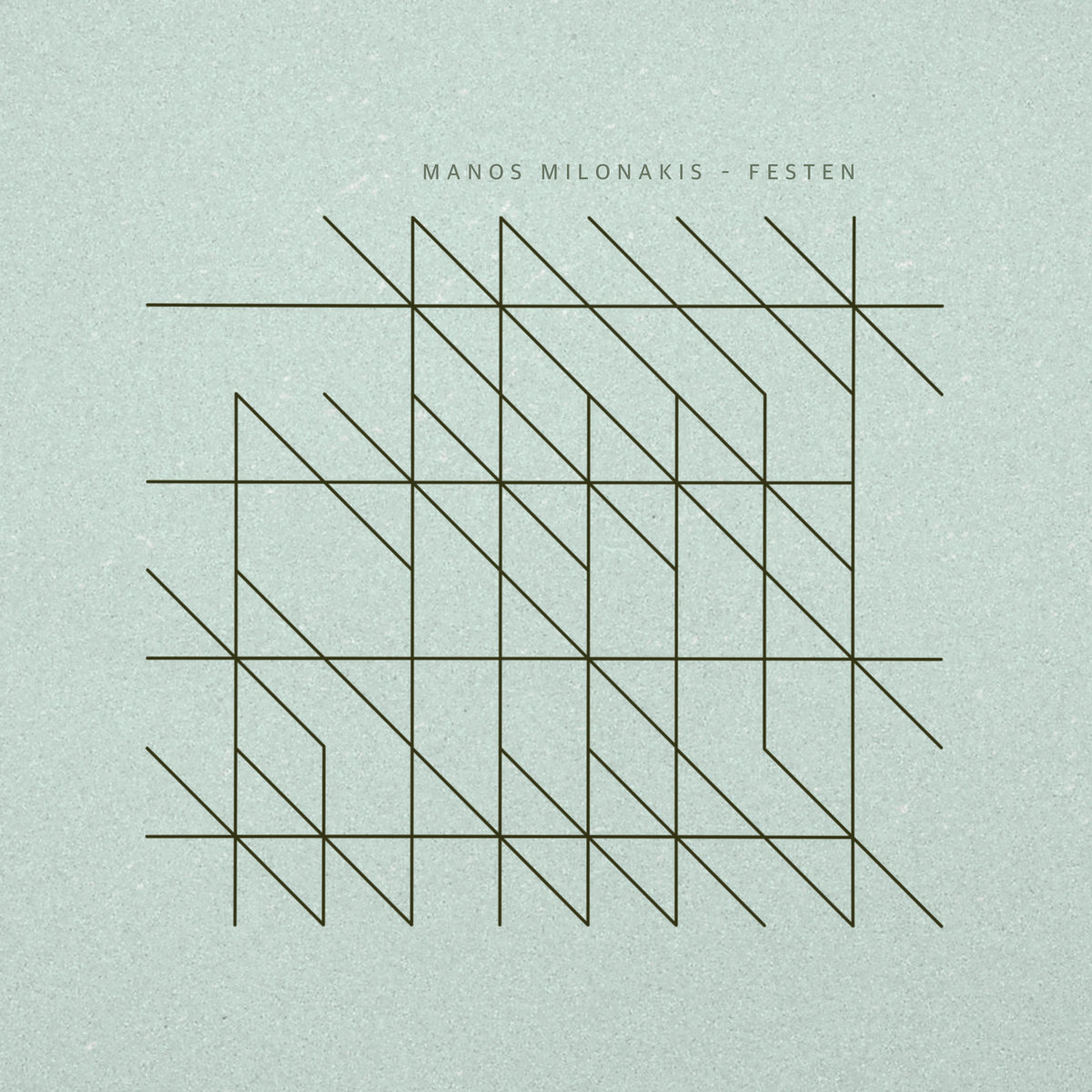 Festen is the third solo work by Manos Milonakis, a composer/producer/performer and architect born & raised in the Greek port city of Thessaloniki. It is his original score for the theatrical adaptation of Thomas Vinterberg’s 1998 film of the same name which premiered last November at the National Theatre of Northern Greece. Milonakis spent 3 months of theatrical rehearsals and studio work fusing the sounds of piano, persephone, synthesizer, glockenspiel, violin, viola, cello, guitar, and theremin with programmed beats and loop processing into his score which has now been marvelously condensed into album form for release by Moderna Records.

The original film and, one must assume, the stage adaptation is a darkly humorous exploration of deeply painful secrets confronted at a dinner party at a family run hotel on the occasion of its affluent patriarch’s 60th birthday. By all descriptions, it is bleak if not uncomfortable viewing and even if one has not seen it (as, I confess, I have not), one has to admire Malonakis ability to musically recreate the cruel dichotomy it undoubtedly portrays between aristocratic elegance and searing emotions roiling behind a facade of etiquette and familial order. The tension only hinted at in the graceful “Lobster Soup” progressively grows and becomes palpable by the time we are introduced to “Father’s Theme” or “Scrubber” while the poignancy behind “The Scolding” and “Teddy Bear” is nearly heart rending. All of this lends a deliberate irony to the lively closing theme which reminds me in the best possible way of Rachel Portman’s scores for films like Chocolat. Add the impeccable performances by Milonakis and his guest musicians (which includes CEEYS cellist Sebastian Selke) and you have an exceptionally engaging record for modern classical fans to savor.