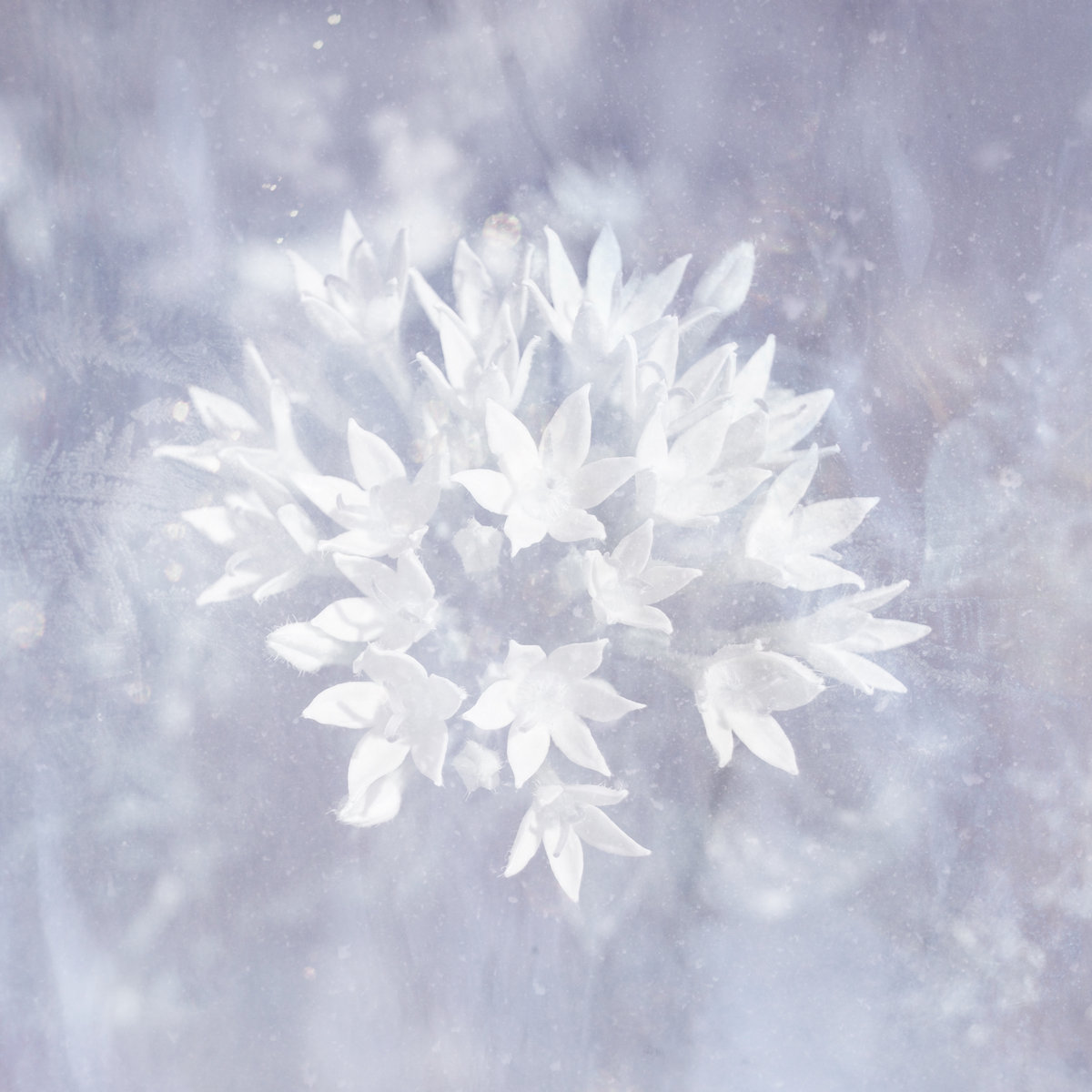 Soft Ice is a gorgeous, billowing immersion in youthful memories of winters past by ambient artist Angela Klimek under her musical nom de plume, poemme. The album which she released herself earlier this year is now available in a nicely packaged CD edition on Polar Seas Recordings where these beautiful monochromatic dreams in drone form find a fitting home.

“This collection of songs was composed specifically for sleep and reflects my memories of winters growing up in Cleveland. The endless gray skies, the magic of a fresh blanket of snow, and more wonder still once Lake Erie transforms into a vast, frozen desert. The scene takes place at my favorite lakeside park, with a pale sky above and waves of solid ice below. All is silent but for a flock of geese in the distance, making its way to warmer land…” – Angela Klimek

This is music to get lost in – somnolent, introspective, and tinted with melancholy yet infused with a quiet sense of wonder hinted at by evocative titles such as “Southbound Formations”, “Lake Effect”, and “When the Sun is a Stranger”.

The CD edition of Soft Ice is limited to 50 copies and features Klimek’s artwork on the cover as well.

One of two poemme releases on the Stereoscenic net label, this is a lush outing of warm drones in a sylvan setting. Peaceful, but teeming with flora and fauna in the background which wrap themselves around the flowing sounds like tendrils of rootstock. A particular highlight here is the lovely “Asleep on a faded moss patch” both in its original form and in an alternate and more muted “Sleeping Pill Mix”.

Her most recent recordings, Blooming Spring is offered as an EP that could be seen as “day two” in the same gardens as Arboretum. Whereas the former is a journey into a wooded glade, the latter seems more like a stroll through a sunlit meadow just beyond the trees. Each is pastoral and serene in its own way. The tender flow of the watery “Tadpoles” is especially soothing as is the rushing”Evening Wind” which brings it to a gentle conclusion.