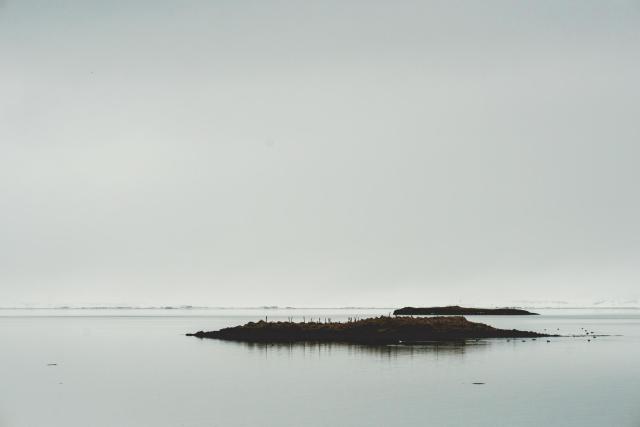 If you visit the Soundcloud page of Lebanese sound producer and visual artist Maiya Hershey, you’ll find a veritable menagerie of beautiful experiments in ambient & electronic music and other sonic ephemera constructed from piano, loops, and voice. There is arguably enough material there to have allowed her to cobble together a complete album, but her full-length debut demonstrates she was willing to be patient enough to develop something truly substantial and cohesive. Tides is presented as a fictional story whose protagonist is an unseen creature born from deep waters that “inherited all of human consciousness and memory” and it possesses all the strange, otherworldly beauty such a concept portends.

The mood here is deeply restrained, but behind the gauzy veil is a plethora of expressive textures, finespun filigree, and spectral melodies. Highlights include “The End is a First Without End” with its frayed echoes of Satie, the haunting interplay of synths and disembodied vocals in “Arctic Waters”, the melancholic ebb of “Breathe Away”, and the shimmering, slow-turning beauty of the title track which closes the album. Perhaps it is fair to say that Tides is as much an arrival as a debut; there are no neophyte traces anywhere to be found in its depth of refinement or the full realization of its imaginative concept. The deft mastering and the aesthetically pleasing packaging only add to the experience making this one of the year’s more exceptional ambient releases.

Tides was released on blue metallic cassette and high quality CDr in very limited hand-made, hand-numbered editions by Amsterdam-based Shimmering Moods Records most of which are already sold out. Digital downloads are also available.