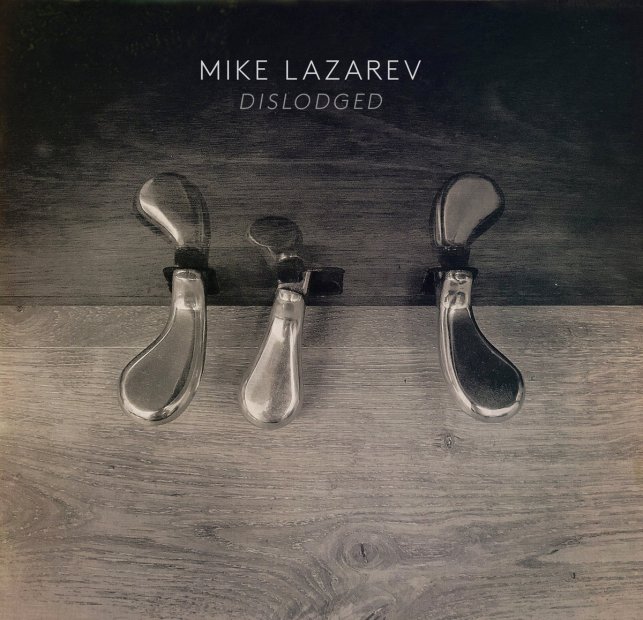 A good friend and active supporter of instrumental music as the creative force behind the revered Headphone Commute (a huge influence on Stationary Travels, btw), Mike Lazarev has more recently revealed himself to us as a fine composer of solo piano music with a pair of mini-albums released on 1631 Recordings. Completed in New York before a move to London and intended to be listened to as the second half to last year’s Unhinged, the forthcoming follow-up entitled Dislodged offers ten exquisite pieces that explore “the outer reaches of spatial and reductionist pianism”.

If the two albums comprise a journey, it would seem (and we would hope) it is on a path to healing. Muted, wistful, and plaintive Dislodged may be, but the track titles hint at peace and recovery while sweet melodies and the occasional flourish of other instruments as well as a TV interlude add a sort of warmth to the proceedings. One might imagine the dark face of a building at night in the heart of the city where a single window glows with light and, as we peer inside and tune our ears to sounds coming from that direction, we get a glimpse of the composer having a dialog with his instrument. Intimate and personal perhaps, but expressed in a universal wordless language that anyone who has experienced detachment, isolation, or heartache will instantly understand.

Premiered here for your enjoyment is the soothing piece “Repose”, a charming miniature placed in the middle album which infuses a subtle dose of sweetness and solace into the prevailing melancholic mood. Dislodged will be available from November 10 via 1631 Recordings where you can also find copies of Unhinged.  You may also preview the lovely title track to the album on Headphone Commute here.