Minnesota based composer Chris Bartels is a man of many musical faces. Under the umbrella of his hybrid record label and production house Anthem Falls Music, he tends a variety of projects under different monikers along with work under his own name for film, TV, & advertising. The one that should be most familiar to fans of ambient music with a cinematic bent is Elskavon, which saw its debut in 2012 with the excellent Movements In Season followed by Release in 2013 and Reveal in 2014. Three years later, it is great to see Chris reactivating the project with previews of a fourth LP due in January. Each song on the new record is inspired by a particular memorable moment or era in his life and he has furnished us a prime example in “Dusk Line Hills” which I am pleased to premiere today. The backdrop for this track is an unforgettable moment that occurred in the Black Hills where Bartels was vacationing with his wife, one-year old son, and in-laws just as they were discussing how much they would like to get a glimpse of the elk that roam the area.

Literally as we take a right on the road to exit the route, there’s an elk, and then we see another one. We slow down and pull over to watch. It was getting close to dark. All of a sudden we hear some cries and look up the hill. There’s about somewhere between 60 to 80 elk. They started calling at or to each other, and then running up and down the hill for a minute – maybe there were two herds, I’m not sure. I just remember that moment so clearly – I remember all of us in the car just sort of gasping and then falling silent for a bit, watching, listening, taking it all in. Then in no time, they were gone. Disappeared over the dusk line hills”

As it approaches the beautiful release that captures the magic of that moment, the song showcases Bartel’s growing interest in experimentation with noise, glitch, organic samples, and effects. On the piece you will hear a Fender Rhodes which he played and recorded unplugged to give the recording plenty of raw, mechanical noises alongside the notes themselves.

I have really grown to love mechanical and natural noises in recordings, be it the damper pedal or actual keys on a piano being pressed down, room noise, outdoor ambience, breaths in vocals, and other things like that. I love imperfections in music. It immediately takes me closer to the artist when I hear these types of things done well. I’ve made it a priority with this new album.

Visit the Anthem Falls Music website for announcements regarding the new album and social media links and the Elskavon Bandcamp page to order copies of the earlier releases some of which are still available on CD. 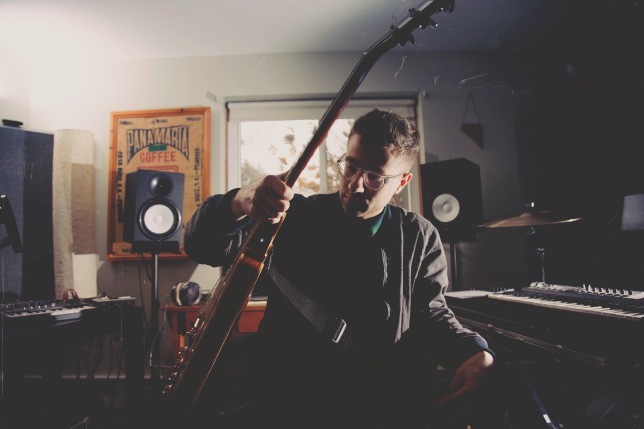 A selection of tracks from the Elskavon catalog available on Bandcamp.