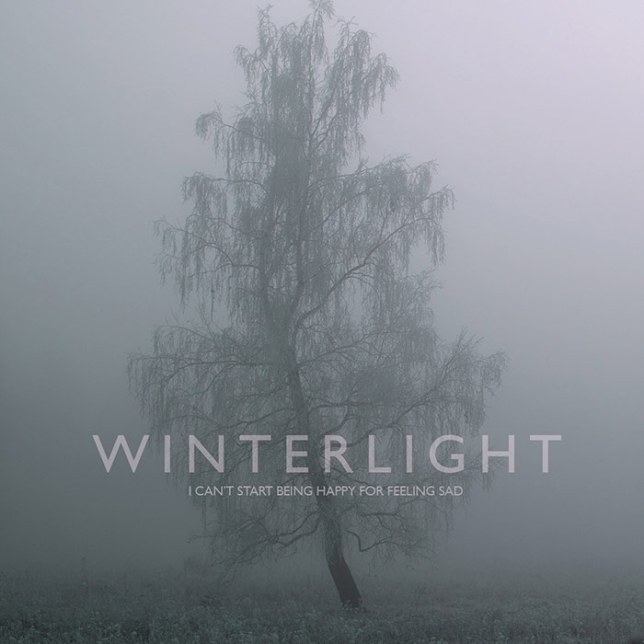 The first time hearing the music of Winterlight is a pleasurably disorienting experience. Circulating amidst its dizzying swirls & sonic eddies are decades of musical influences and waves of reverb-drenched melody which coalesce into sumptuous, prismatic compositions with vast depth of field. Structurally uncomplicated, but texturally complex, the origin of the sound traces its roots to founder Tim Ingham‘s absorption in the post-punk and shoegaze music of the 80s and 90s in his native Thames Valley England.  It was not until 2006 that Ingham mined those influences in an effort to recreate the lush and hazy sounds of his youth. It was then the project came into being and quickly integrated itself onto the ambient/electronica scene over the course of several albums, singles, and remixes.

This band’s latest album had a lengthy gestation period of its own. The Longest Sleep Through Darkest Days is the culmination of nearly seven years of on and off “creative spurts, false starts, and second guesses” and reflects a turmoil hinted at in its title. The listener, however, is not burdened with the arduousness of this genesis. For us, there is only the bliss of its “melancholic euphoria”, expansive beauty, and deft nostalgic nods to the electronic music that informs it. Even better news is we don’t have to wait until the March release to enter the vortex of these mesmerizing sounds as the band is releasing the single with a pair of exclusive B-sides next week and you, dear reader, can check them out right now.

The organ tones that introduce “I Can’t Start Being Happy For Feeling Sad” rapidly blossom into a soaring melody kept grounded by the ballast of daughter Isabel Ingram‘s solid, earthy bass guitar work. For a moment it is as if we’ve drifted into the transcendent chorus of a Hammock song before transitioning to an interlude of synth tones and skittering beats reminiscent of Ulrich Schnauss or The Album Leaf. When the melody takes off again, the guitar becomes incandescent and euphoric before disappearing into the shimmering ether.

The single release is accompanied by “Farinada Forever” and “Soon You’ll Be There” each studded with references to styles ranging from New Wave to progressive and post rock. It makes for a tasty mini-release and a great teaser for the full-length album shortly to come.

The Longest Sleep Through Darkest Days will be released March 16 on CD and a limited edition LP in ultra-clear green splatter vinyl (100 copies).  Digital downloads will include a 27-plus minute extended version of the sweeping closing track “The Longest Sleep”.