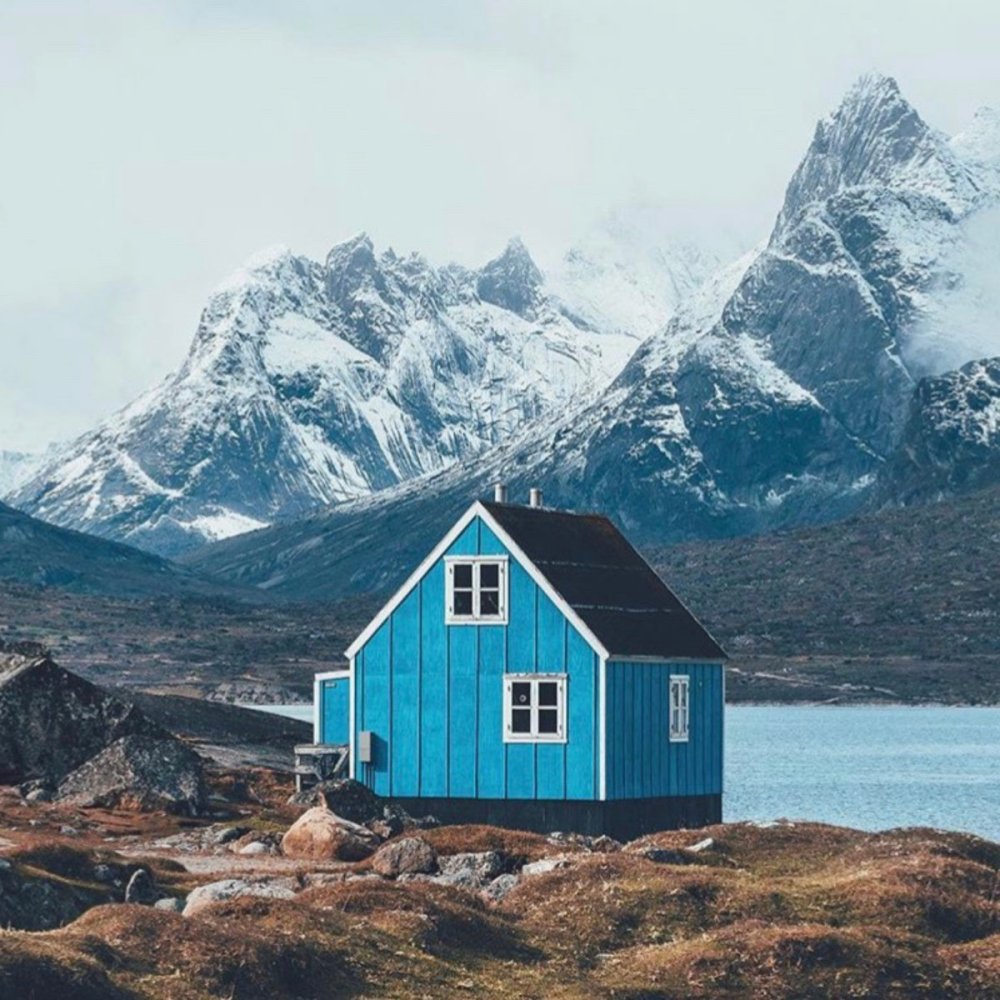 Glåsbird is an alluring new project inaugurated, we are told, under a cloak of anonymity by an established artist within the ambient/modern classical scene to focus on chosen themes and develop them into carefully crafted conceptual soundtracks. The first published material from this project was the highly evocative Drift Stations which took a mere ten minutes to put the listener in thrall to the austere beauty of the Arctic Circle. While the EP held its own as a compact narrative, it was also a prelude of much more to come as the “Land Ahead” at the end of  its 2-track journey turns out to be the sprawling ice-capped island country of Greenland which is majestically explored on the full-length Grønland now out on Whitelabrecs.

“Glåsbird imagined that they were assigned the task of scoring the soundtrack to a film about Greenland and spent a great deal of time researching the subject. Hours of documentaries, drone helicopter footage, NASA and satellite images, Instagram traveler accounts, 360° photos, web articles and maps were surveyed, to the point where this artist felt sufficiently immersed in this sub-zero but beautiful land…” – Whitelabrecs

All the tantalizing promise shown by Drift Stations is realized on Grønland in spades. Violin, cello, guitar, and filigreed tape effects form a lens through which we can take in the sweep of a wondrously imagined geography. We can see the icy shimmer and glinting light of its stark landscape and the feel the profound sense of isolation and tranquility. Where will the mysterious Glåsbird take us next? Grønland is a beautiful place to linger while we wait to find out.