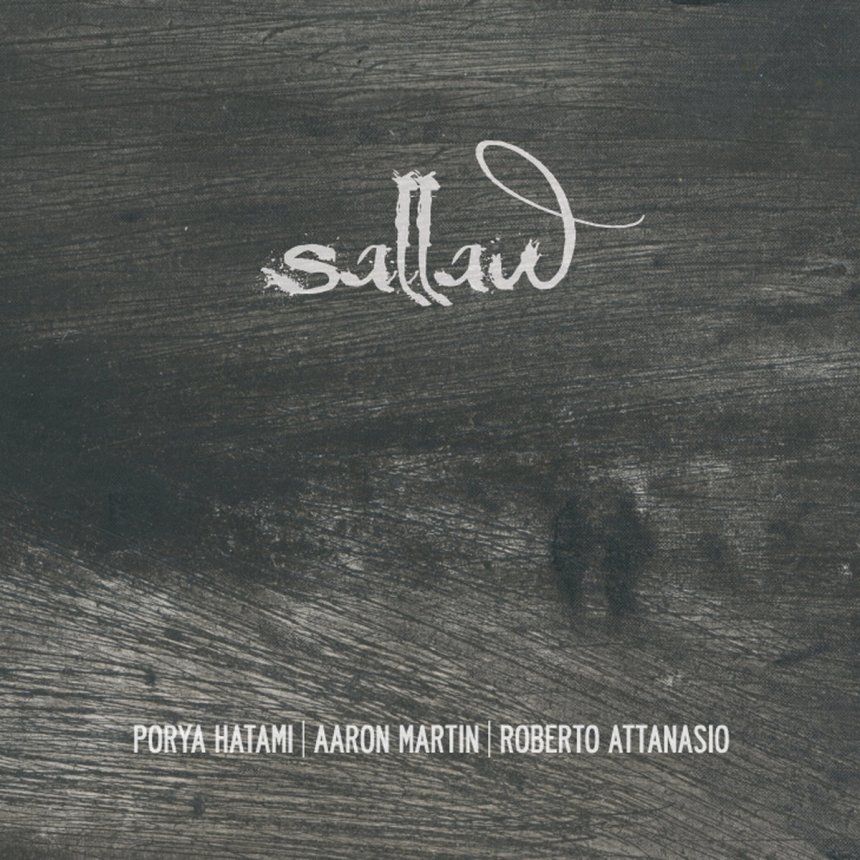 “Sallaw” is a Kurdish word that expresses the passing of time and this album by the same name finds three distinctive instrumental artists collaborating seamlessly to explore this theme across four compositional soundscapes, each one named after a month representative of the changing seasons – Xakelêw (spring), Pûşper (summer), Gelarêzan (fall), Rêbendan (winter). The group, made up of Porya Hatami  (Sanandaj, Iran), Aaron Martin (Topeka, Kansas), and Robert Attanasio (Rome, Italy), is a seemingly unlikely trio, yet upon hearing the music it is hard to conceive of this coming together as anything less than meant to be.

A master of weaving subtly immersive atmospheres by balancing natural and electronic sound sources, Hatami maps out the shape of the sonic terrain that serves as the backdrop of the album and brings it to life with the finest gradations of color, texture, light, and shadow. Meanwhile, Attanasio’s ghostly piano lines chart a course through this wondrous landscape as the empyrean arcs of Martin’s emotive cello veritably ache with unfulfilled longing in the face of the immutable progress of time. The artists each leave ample space for one another’s most nuanced expressions while not a single note ever feels the least bit contrived or inorganic. It really is a sublime partnership that they have achieved here.

Kudos to Dronarivm for facilitating such an inspired collaboration and packaging it so beautifully and to Fraser McGowan (Caught in the Wake Forever) for mastering it to immaculate perfection. Abundant rewards are in store for anyone who takes a moment to stop the world and surrender to the passage of time through this splendid audio journey.

Sallaw will be available March 1 on limited edition CD (150 copies) and digital download. (A special wood-box limited edition of only 50 copies was also produced by has sold out during the pre-order phase).  Artwork is by Hawar Amini.